Podcast: Father Tony Labiao of the Philippines on his faith, supertyphoons 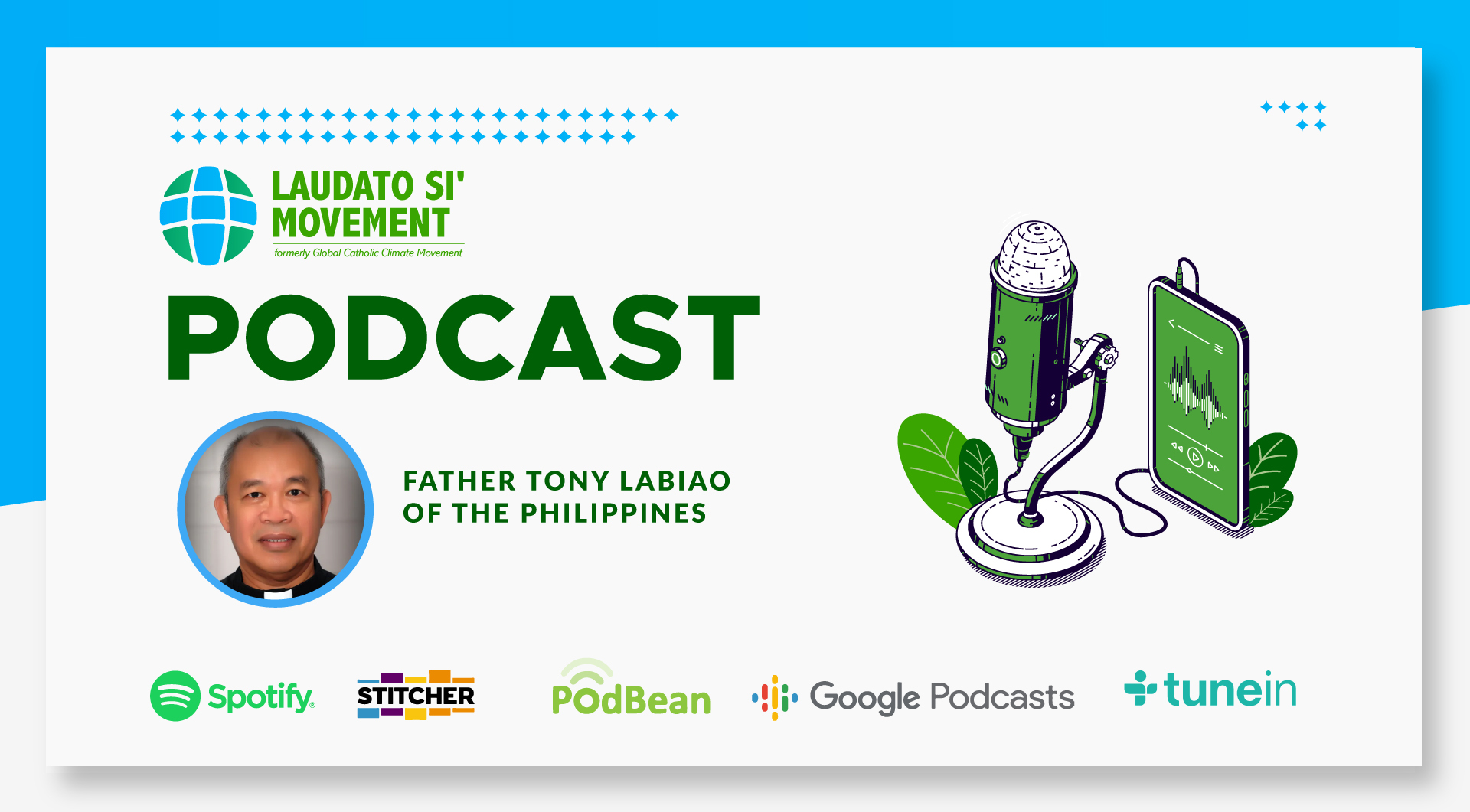 On Saturday, Laudato Si’ Movement turns seven years old. And to celebrate this milestone for this movement, we’re bringing you a podcast from the Philippines, where this movement has its roots.

Father Tony Labiao of the Philippines joins the podcast to talk about his faith journey, how Pope Francis’ Laudato Si’ has motivated him and his country, and how the supertyphoons and typhoons in recent years have affected him.

He also makes a plea to all of us out there, but especially those in wealthier countries, just weeks after yet another supertyphoon has tragically hit the Philippines. Last month, more than 400 people died in the Philippines from Typhoon Rai, the 15th and deadliest typhoon to strike the Southeast Asian nation in 2021.

Speaking about a 2009 typhoon, Father Labiao said: “We have parishes and then our dioceses that were devastated by floods, hundreds of people were killed because of the floods, and then we had three months of relief operation to take care of the evacuees.

“That really got me. It was my first time to see many people dead because of the floods. It’s really terrible, terrible, because I was also the vicar general and I was in charge of the programs. I had to manage the operation, and it was terrible.

“So since then I made a resolve in myself: we have to do something. Why is this happening? So I started to question: Why suddenly these massive floods in metro Manila? it had never happened before. So a lot of questions, you know, and no answers. But only lately that I recently discovered this is now the result of, you know, irresponsibility on our part, not caring for the environment. The abuse we have been doing to the environment. Now it’s returning to us back to what we have done to the environment.”

What he would say to people in wealthier nations, those most responsible for the greenhouse gas emissions largely causing the climate crisis?

“Once we continue this kind of activity, industry or projects, we affect everybody, and the poor are the ones that are very much affected by climate change. Poorer countries, the countries in the (Global) South suffer a lot. We say the cry of the earth is also the cry of the poor. So this is our appeal: for the sake of the poor communities, for the sake of the poor countries, we appeal to our rich nations to look at our situation, that we become poorer and poorer, like the Philippines.

“We are being struck by strong typhoons every year. Getting stronger and wider in scope, and most of our poor communities are helpless. So that is our appeal to our brothers and sisters in the rich countries, especially those who own big mining companies, to consider the state of life we are in the poorer areas of the world.”