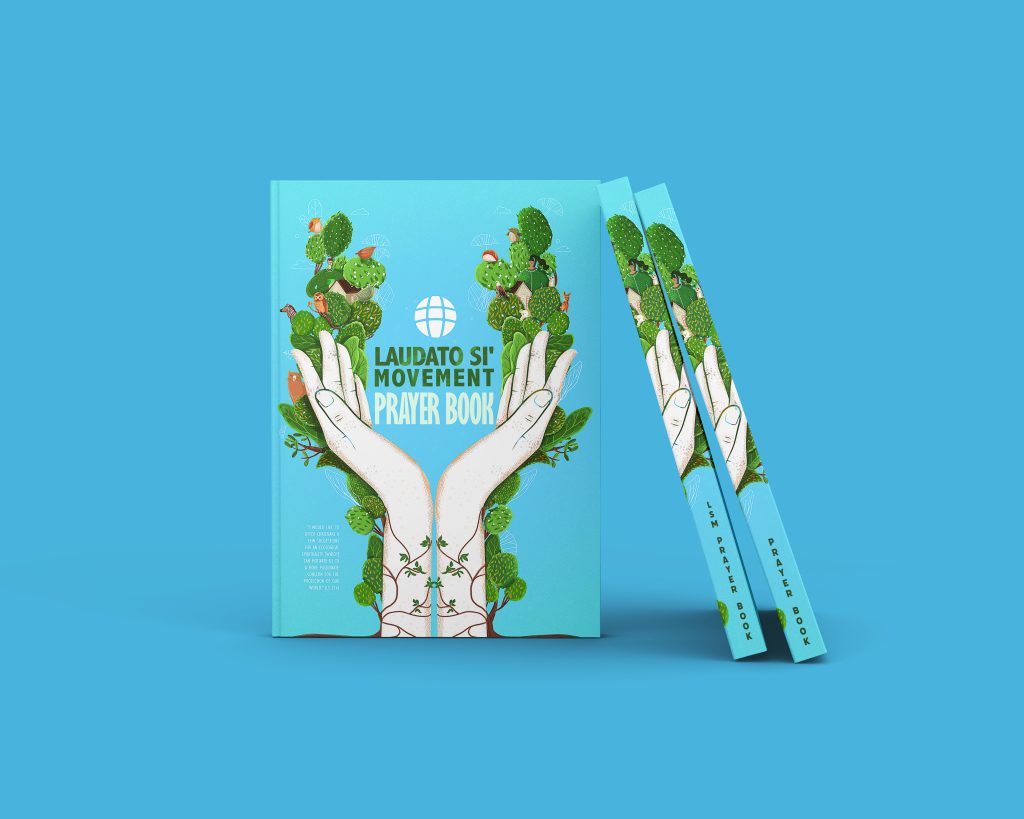 ROME, 13 April 2022 – Today, during Holy Week, Laudato Si’ Movement is grateful and excited to announce that the Laudato Si’ Movement Prayer Book has been published in English, with editions in Spanish, Portuguese, and Italian forthcoming. The book can be downloaded for free at laudatosimovement.org/prayerbook.

The prayer book features 62 prayers from contributors around the world: Pope Francis; Cardinal Michael Czerny, Prefect ad interim of the Vatican’s Dicastery for Promoting Integral Human Development; Cardinal Luis Tagle, Prefect of the Vatican’s Congregation for the Evangelization of Peoples; religious sisters and brothers; priests; theologians; Laudato Si’ Animators; and everyday Catholic women and men are among the prayer authors.

The book has been a collaborative effort across this movement and the Catholic Church, uniting the Church in an effort to help all Catholics undergo the ecological conversion that Saint Pope John Paul II initially called for decades ago and Pope Francis echoed in Laudato Si’.

Christina Leaño, Associate Director for Laudato Si’ Movement, said: “The Laudato Si’ Movement Prayer Book is the result of the Holy Spirit moving profoundly across this movement and our global Church. It has been a work of the heart – a beautiful tapestry of prayers from every corner of the globe and every branch of our movement. This Holy Week and beyond, we invite everyone to explore how this book might support their journey of ecological conversion.”

More information can be found at laudatosimovement.org/prayerbook.

Is it possible to order a published/printed book version?