The Myanmar Catholic church join the Season of Creation 2022 celebration 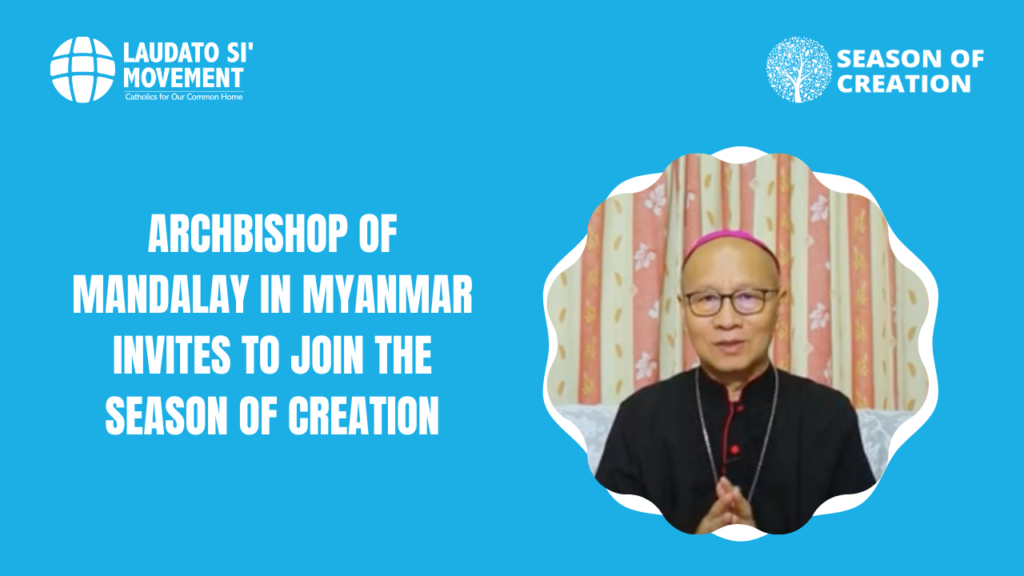 Monsignor Marco Tin Win, Archbishop of Mandalay, Myanmar sent a message to the Myanmar Catholic church to inspire people to celebrate the Season of Creation 2022.

“Today the world is filled with lots of unpleasant situations such as wars, migrant people, natural disasters and human destruction”, he said at the beginning and shows the solidarity of the Myanmar church with these unfortunate situations.

Archbishop Marco Tin Win remembered Pope Francis’ message about our mother earth being “seriously in pain and sickness”, and invited people to face these difficulties celebrating and memorializing the Season of Creation.

“During these days, it is important to listen to the cries of the deprived people. When we hear their voices, I would like to say it is necessary to follow to take action. The cry of the mother earth, such as the blinding of the truth, injustice, illegal acts, the destruction of society, the victims of wars and everyone who is suffering the impacts of natural disasters are plenty in the world”, he said.

The Archbishop of Mandalay also remembered that during the days of the Season of Creation, “it is each of our responsibilities to worship God’s creations and to take care of his creations. In reality, God’s creations have been destroyed for a long time. Everywhere we have seen pollution and the fowls are only joyful in the forest, isn’t it?”, he reflected.

Finally, he encouraged people to “keep conducting the actions. Through conserving, may you all have and feel the gift of nature. Not only the voice of the Creator but also the cry of the people should be heard and listened to and could be followed by serious actions. May all you can lend your ears to the voices of the less fortunate people”.

CELEBRATE: Register your own event here