Brazil Launch of The Letter is a Gathering of “Social Poets” 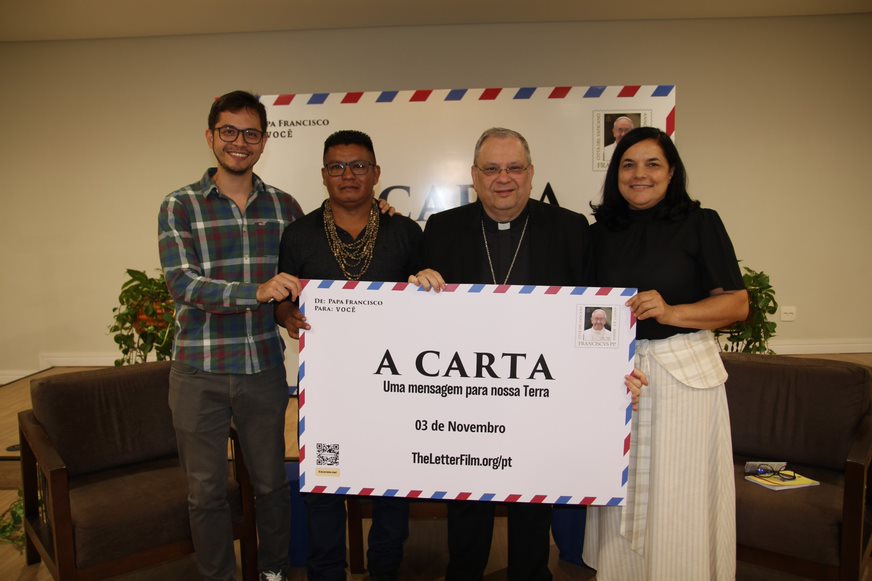 The Letter: A Message for our Earth continues to premiere around the world. This Thursday, 3 November 2022, the film premiered in Brasília  at the headquarters of the National Conference of Bishops of Brazil (CNBB) to an audience of representatives from the Conference of the Religious of Brazil (CRB), teenagers from Catholic schools of the Federal District, and individuals from the Center for Coexistence and Strengthening of Links “Running After a Dream.”

WATCH: You can see the entire event here, courtesy of the CNBB.

This audience had the opportunity to reflect with Chief Dadá Borari of the film himself, who in his continued defense of the Amazon, reminded the audience that “our work and thought for the preservation of the Amazon is a collective conviction, not an individual one.” Chief Dadá spoke this with vigor in conversation with Mons. Joel Portela, Secretary General of the CNBB, Igor Bastos of Laudato Si’ Movement, and Sister Maria Irene Lopes dos Santos. 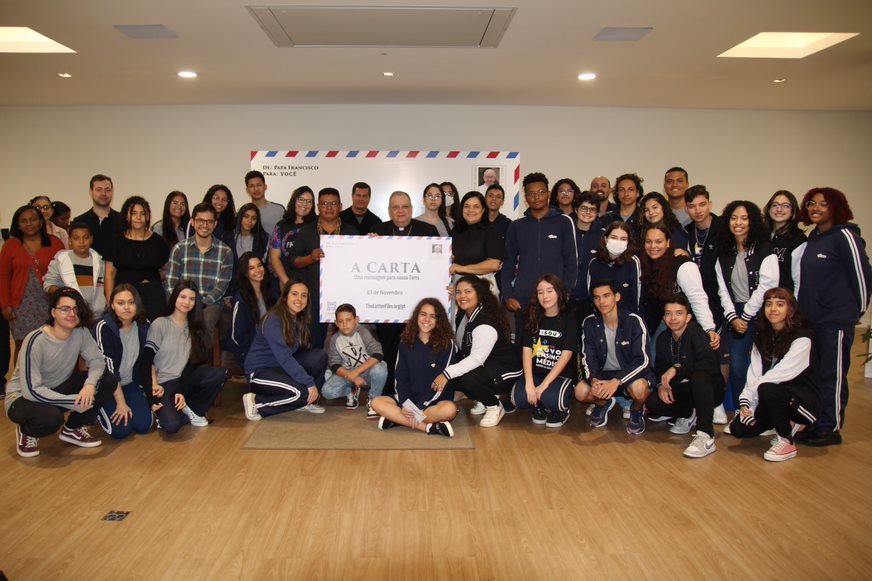 It is thus no coincidence that this gathering echoed what Pope Francis named in the film as a dialogue between social poets, a point recalled by Bastos. “These poets are the ones who craft a difference, will become a part of this difference, and build a more just and familial Planet,” Bastos highlighted.

The social poetry practiced in this film launch is necessary to propel the film’s increased protection for the Amazon. Brazilians across the country only recently exercised their right to vote in a tense presidential election. Beyond this election, they will have to hold politicians and government officials accountable to ecological justice. 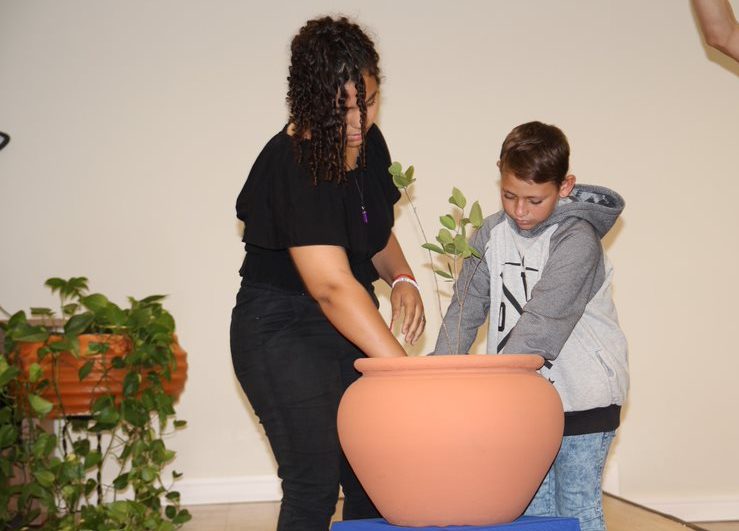 In light of this pivotal moment for Brazil, the spirit of the film came to symbolic fruition with the planting of a cagaita fruit tree by the youth of the “Running After Dream” project, a deep act of social poetry. May that seedling, nurtured in a large terra cotta pot present at the screening, grow tall and bear many fruit as we mature into the prophetic vision of Laudato Si’ and The Letter.

You can also register to host a screening and a how-to toolkit will be provided to help you. More information from www.theletterfilm.org