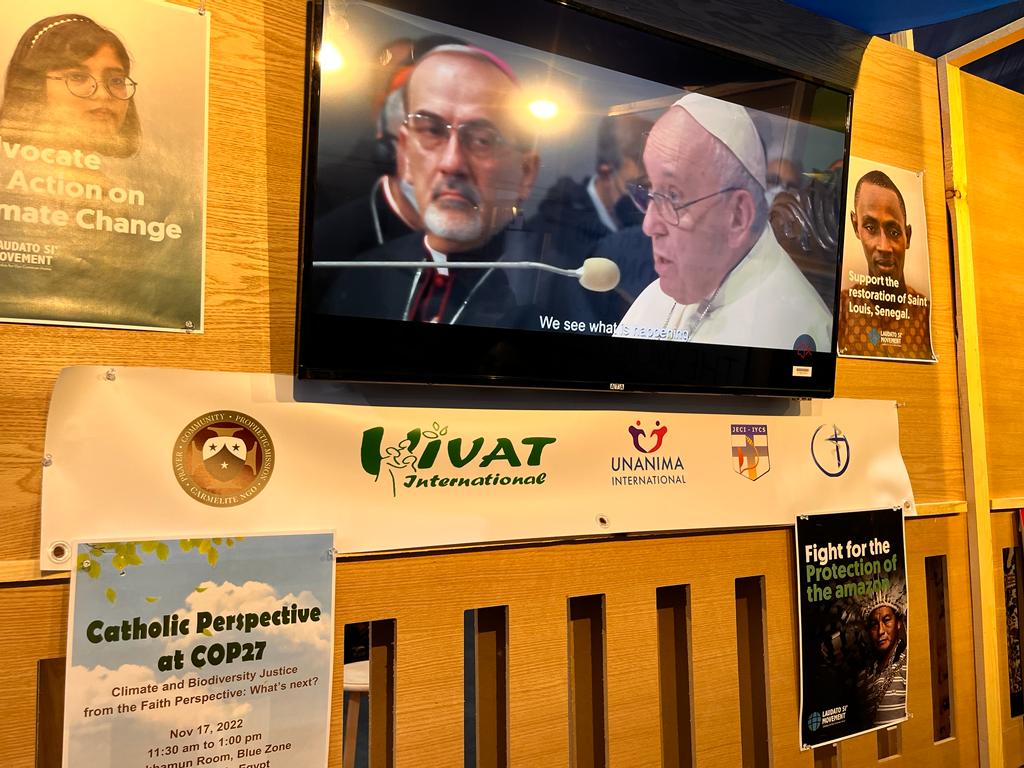 During weeks of hard conversations —cutting fossil fuel emissions, natural disasters, the politics of clean energy— a documentary video exhibition of The Letter: A Message for Our Earth at COP27 explored the question: “What about you? How has climate change impacted the territory you live in?”

The protagonists of the film raised this question during a conversation with Pope Francis, and it has stayed with exhibition curator Fr. Eduardo Agosta Scarel, Senior Advisor of the Laudato Si’ Movement, since viewing the movie. In the age of human rights violations, climate refugees, and victims of natural disaster, including the cry of the Earth and the cry of the Poor into COP27 felt urgent, he expressed. 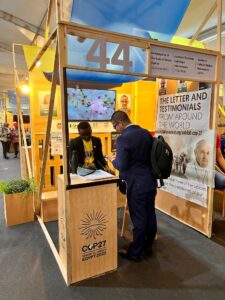 Visitors ponder over scenes from The Letter exhibition hosted at Booth 44 at the COP27.

“A prime highlight for me is when people could identify with the message we had to share at the booth. What draws them closer is the banner with the image of Papa Francesco,” stated co-curator Victor Livas of Laudato Si’ Movement. “I look forward to passing on the message from our faith perspective and that was achieved. In particular, we shared the exhibit with people of all faiths and backgrounds during our interactions,” he noted.

The exhibition, which features 6 scenes from the film and 7 testimonies from climate emergencies, was an immersive multimedia experience that married scenes of the film and additional footage from places as varied as New Orleans to the island of Java. For Innocent Odongo, who participated in the exhibit, the space put “forward the lived experiences and challenges from the victims directly thus ensuring originality of the conversations whereby the audiences or parties involved can feel and share in the emotions of the victims of climate crisis and also here directly their appeals and calls for intervention and mitigation.”

Visitors gained a deeper understanding of how the witnesses they’ve seen are not simply complaining, but calling all humankind for urgent action to mitigate climate change, by reducing greenhouse gasses emissions, especially in most responsible countries. For instance, the exhibit highlighted Arouna’s voice from the movie as he tells his migration story and mourns those lost migrating to Europe from Senegal.

Paul Rahmat of Vivat International underscores the significance for the voices to have a platform at COP27: “People can watch pictures of climate change affecting people in a particular place or region, even in a short time.” 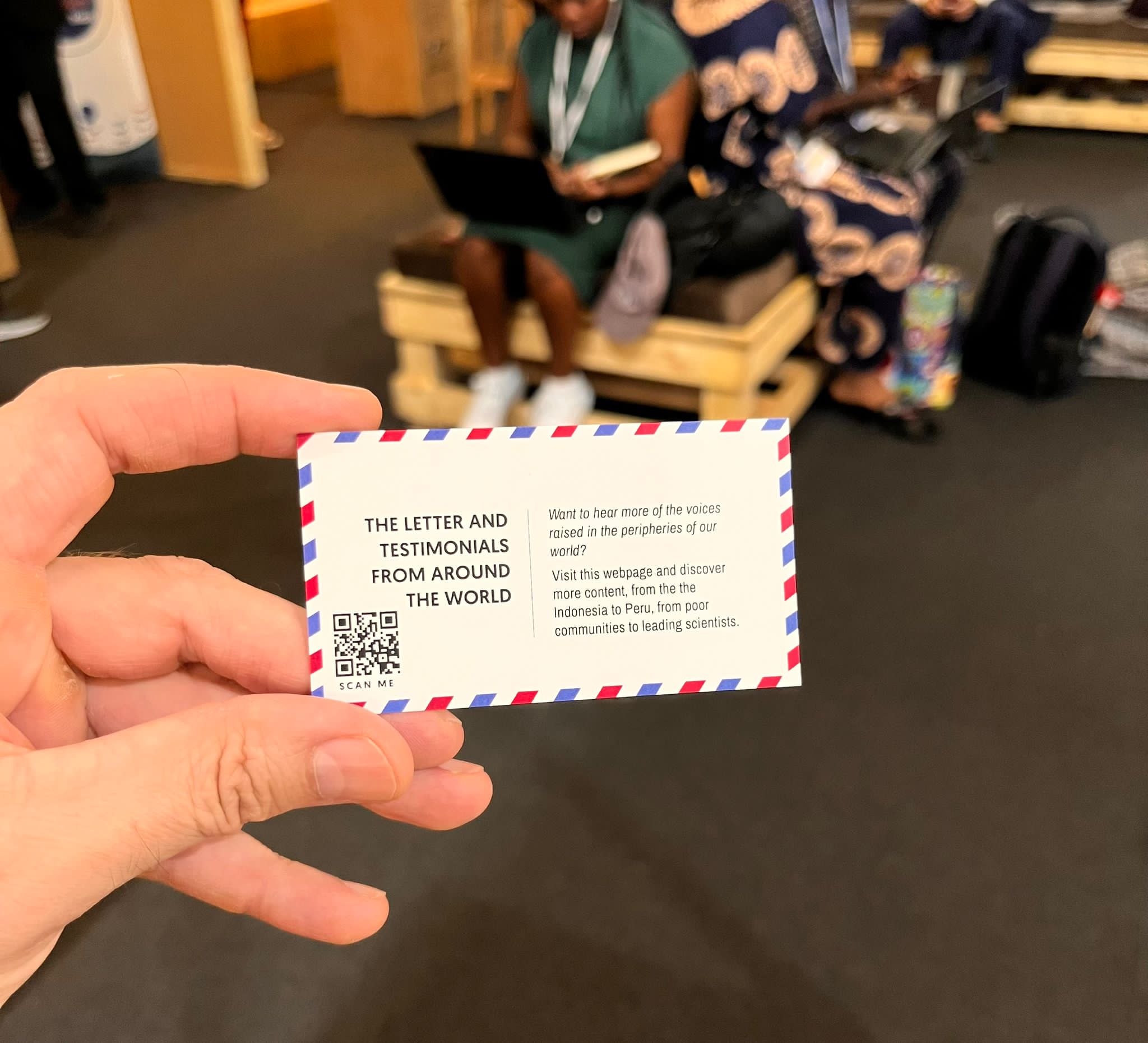 At one point during the exhibition, a visitor from the Philippines even asked Agosta Scarel about a video featuring one billion bamboos. Telling Agosta Scarel he worked with Catholic Relief Services (CRS) in the Philippines for the reforestation project, he said “‘Thank you. For everything you have done so well for our side event and exhibition.”

To view the landing page for The Letter: Testimonial Voices from Around the World COP27 exhibition, click here