ASSISI – In the midst of the Season of Creation, the city of St. Francis, from September 22 to 24, was the scene of a long-awaited event: Economy of Francesco. Since the day Pope Francis invited all young people to Assisi on May 1, 2019, a movement has been moving around the world sharing experiences of entrepreneurship, economics and lifestyles that focus on the dignity of the person and care for our common home. Many Laudato Si’ Animators over these years have been involved in webinars and other shared experiences. Initially this large in-person meeting with the Holy Father was scheduled for March 2020, but the sudden covid pandemic forced a postponement. The following months, rather than being characterized by discouragement, were experienced with a great constructive spirit, resulting in very fruitful online experiences. These two years have allowed the organizers and participants to get to know each other better, and to experience these three wonderful days with greater intensity. 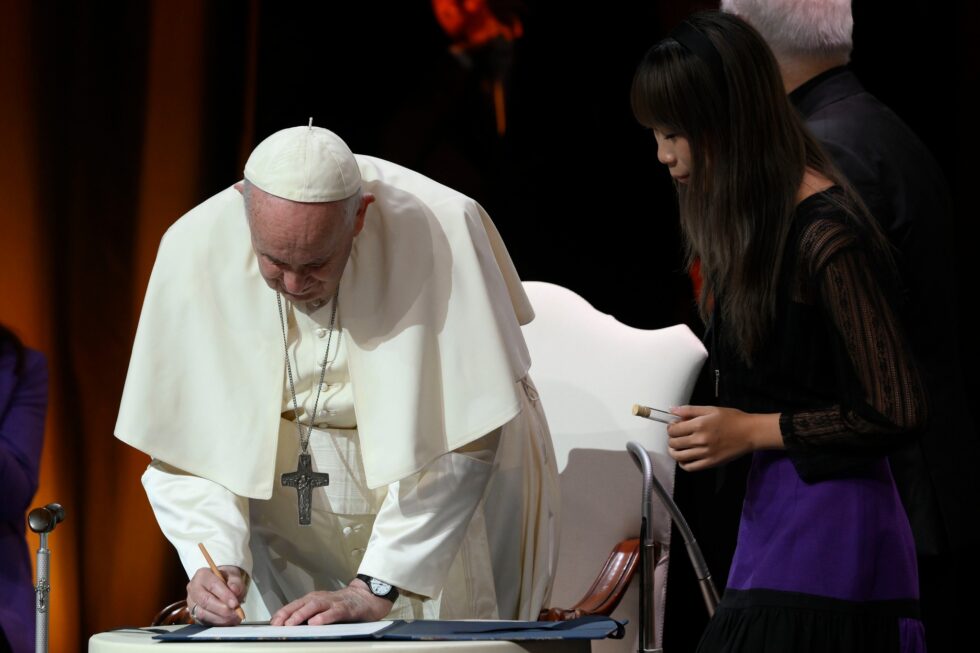 The Laudato Si’ Animators present shared ecological spirituality, conversion towards sustainable lifestyles, and the choice to raise a prophetic voice through divestment from fossil fuels. This point was also emphasized by the Holy Father in his meeting with the young people: “Let us learn from the meekness of plants: their humility and silence can offer us a different style that we urgently need. For, if we speak of ecological transition but remain in the economic paradigm of the twentieth century, which plundered the earth and its natural resources, then the strategies we adopt will always be insufficient or sick from the roots. The Bible is full of images of trees and plants, from the tree of life to the mustard seed. And Saint Francis helps us with his universal fraternity with all living creatures. We human beings, in these last two centuries, have grown at the expense of the earth. We have often plundered in order to increase our own well-being, and not even the well-being of all. Now is the time for new courage in abandoning fossil fuels to accelerate the development of zero or positive impact sources of energy (Holy Father Francis’ speech in Assisi on the occasion of the “Economy of Francesco” event).”

“Assisi 2022 was the desire and dream to meet in person with those of us who accepted Pope Francis’ call in 2019, and it has finally become a reality. In addition, it was a time to pause, to breathe, to learn about the path of St. Francis; to reevaluate what we have learned and to propose new goals for the future; making it clear that Economy of Francesco is for everyone and that we are called to create bridges between our ideas, our countries, our projects, between theory and practice (Lina Diaz, Animator of Animators in the eje cafetero region-Colombia Chapter).”

“These days in Assisi were a confirmation for me to commit myself to a more humane world, more responsible to the environment and the most vulnerable, and to convert values into concrete actions in my daily life, in my work, in my family and everywhere else. To be able to know and listen to so many stories and projects of young people from all over the world, in the place where St. Francis and St. Clare walked, is a call to constantly change our gaze, to listen also with the heart and to dialogue for the common good, to establish an integral economy and ecology in our society (Mariana Pallarés, Laudato Si’ Animator in Spain).”

“What can I say about the meeting with Pope Francis and a multitude of sisters and brothers from over 100 different countries, a diversity of cultures, languages, peoples and nations? All united in a greater Love. Love for God and for his Creation. And we little children are inspired by the “Poverello of Assisi”, with the promise to be custodians of such beauty, in the Holy Spirit. We can only say “Laudato si’ mi Signore with all your Creatures… and Peace on Earth to the Men loved by God (Tiziana Vigani, Animator of the Laudato Si’ Circle of Assisi).”

“What I bring with me is learning: ‘we are the event.’ With so many interventions, so many new things discovered, you can come to believe that the event is about knowledge. However, “we are the event,” because we are the bridges between everything we learned during the event and our communities. We are the bridges between ourselves. Pope Francis came for us. What I take away from the event are real experiences with people, rather than an agenda full of knowledge. And most of all, the joy of having been the bridge for many to learn about Laudato Si’ and Fratelli Tutti (Ana Belén Ortega – Ecuador, Coordinator of LSM Spanish-speaking chapters and circles).” 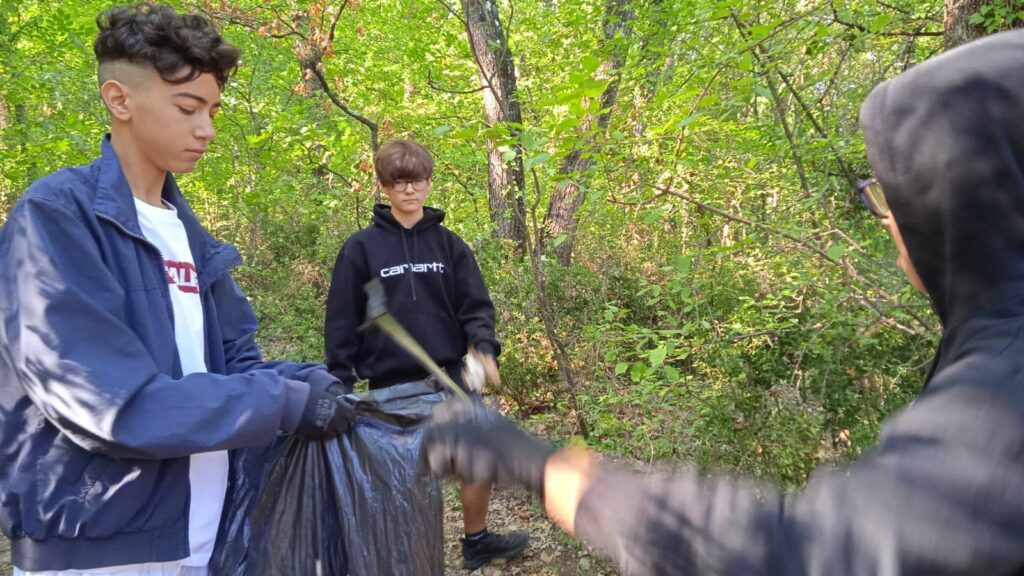 “As long as God gives us the opportunity to open our eyes every day, it is the perfect opportunity to be the agents of change the world needs. The hope of building a better tomorrow moves us and encourages us to continue, despite all the disappointments that sometimes come while working for our common home or so many injustices. The hope that every day there are more and more young professionals with a commitment to change the world for the better, seeking the common good that goes beyond the material. I hope to continue and keep sowing (Lina Sedano, Colombia LSM Chapter Coordinator).”

The three-day event opened for the Laudato Si’ Movement on Thursday, Sept. 22, with a forest activity, led by Prof. Antonio Brunori, who together with a pool of scientists and in collaboration with the Region of Umbria and several local businesses calculated how to offset the event’s CO2 emissions, with a series of initiatives that over time will also involve local schools. It was very nice to see the young people of Assisi mingling with young people from all over the world, to treasure the climate of sharing and hope that was breathed during these days.

On the following day, youth from the villages were involved in prayer in the “Burning Bush,” present throughout the month of September on the lawn of the Basilica of St. Francis, and animated by the Laudato Si’ Circle of Assisi. Finally, the last day was lived together with Pope Francis, with the testimonies of the young people, the Holy Father’s speech and the signing of the covenant. A moment of great emotion and hope, experienced at the Lyrick Theater in Assisi. A journey that has seen the Laudato Si’ Movement involved from the very first steps, with the testimonials of ecological conversion through the Laudato Si’ Circles, which then saw us together in monthly meetings, “slot mobs” and in solidarity with Afghan women. A journey that will continue in the coming months, all over the world but also in the small town of the “Poverello”, continuing to involve local schools that in the coming months will organize exchange meetings with the youth of Economy of Francesco and, also through the viewing of the Film “The Letter” that with the language of cinema will help the youngest to ask questions about the cry of the earth and the poor. 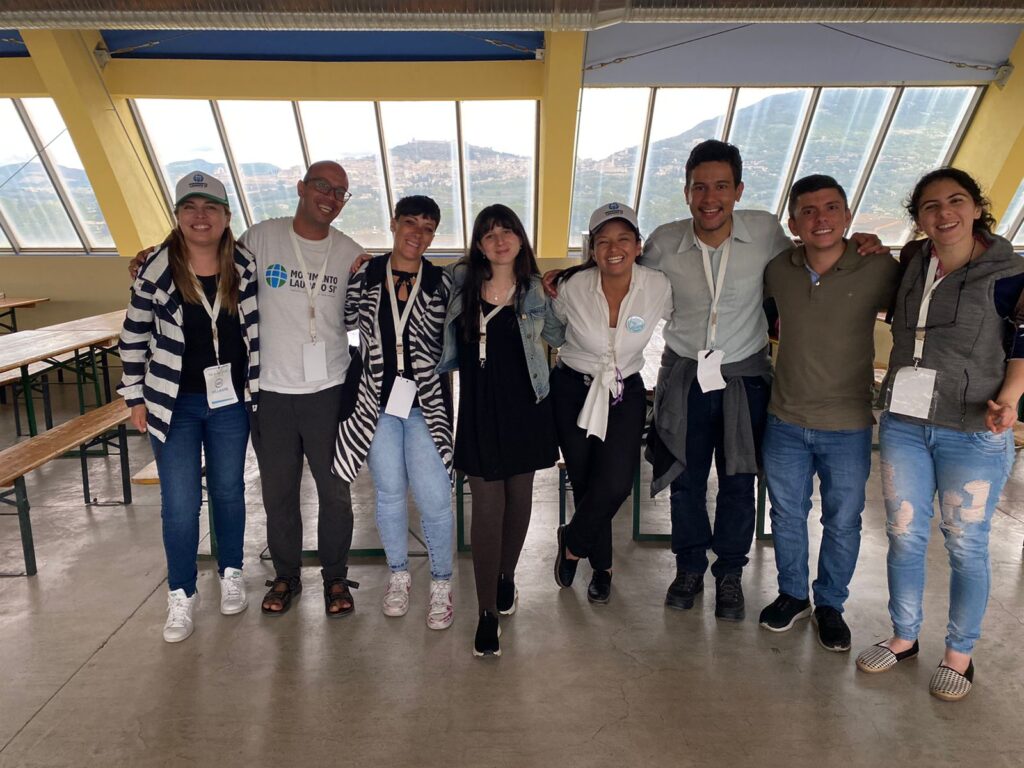