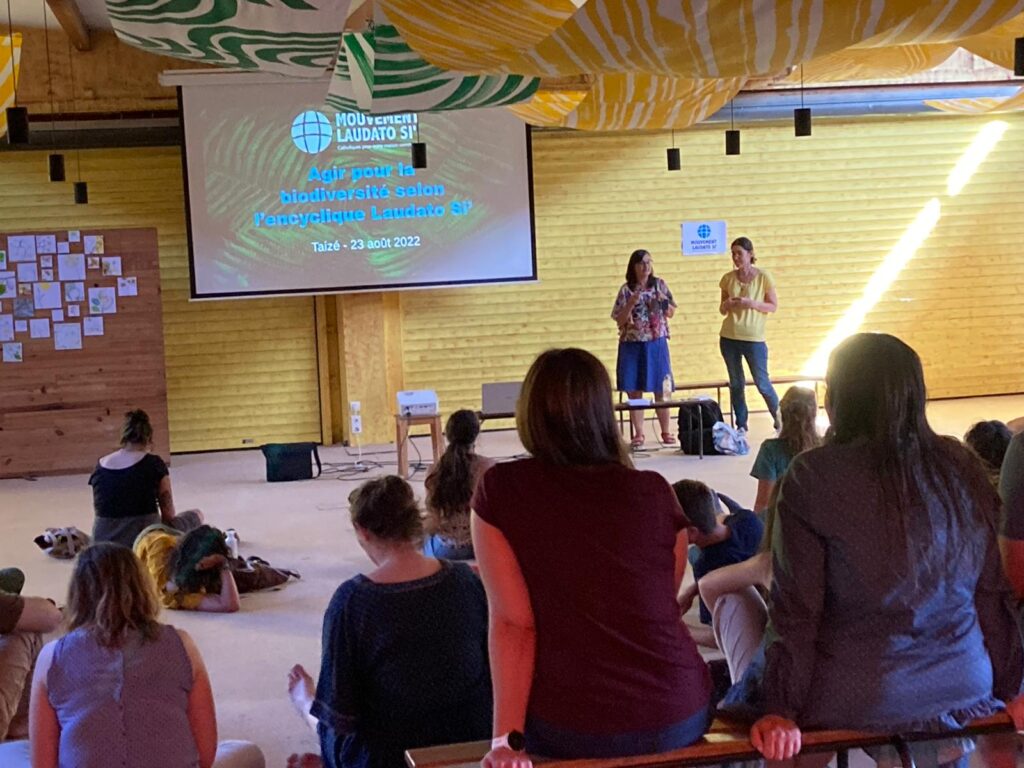 By Laura Morosini, Director of Programs in Europe at LSM

The last week of August, the brothers of Taize (France) organized, as an appetizer of Season Of Creation, a large week retreat on Biodiversity offered to young people from all over the world (more than 1000 from 58 countries and 200 attended all biodiversity programs).

Our European programs director was present with French and Polish teams and Laudato Si’ Animators. We hold two workshops, the first one on “Eco Spirituality of Biodiversity” with Magdalena Noszczyk (Poland), Europe In-Country Programs Coordinator, and Anne Doutriaux, France Programs Coordinator; and the second one about “How to protect biodiversity according to Laudato Si ?” with Anne Doutriaux and Laura Morosini, Director of Programs in Europe.

Young people appreciated and were very grateful about the large amount of opportunity they discovered: becoming an Laudato Si’ Animator, experiencing a Lectio divina in nature, committing local scale in their parish thanks to Eglise verte in France or Green church in Poland and of course Laudato Si’ Action Platform for other countries.

During this week we had the chance to meet scientists working on Biodiversity at the IPBES (worldwide biodiversity organization similar to IPCC for climate) that release their first tremendous report in July, a priest helping to cope with Eco-anxiety, good examples of biodiversity management in farms or gardens and of course the beautiful journey of the brothers of Taize on care of creation, starting from their Eglise verte labellisation.

We also had the chance to meet the European union commission president Ursula Von der Leyen who took time to listen to youth’s worries about future on climate and to present EU commitment on the Green Deal and NextgenerationEU, programs that intend to reduce by 55% EU carbon emissions by 2030 and to be neutral by 2050. Our European director presented our concerns about the new EU taxonomy and about some new fossil fuel projects and we offered her a Laudato Si’ chaplet to encourage her to listen to the voice creation and to stick to ambitious goals.