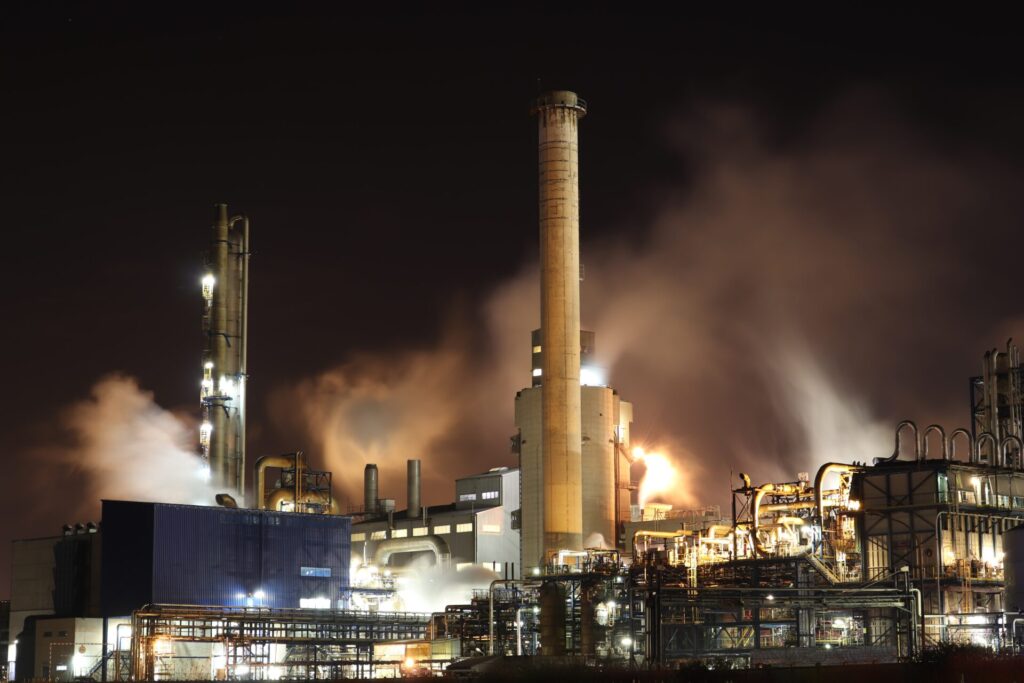 $58bn committed to projects that are not even compatible with 2.5°C

It finds that in 2021 and the first quarter of 2022 Chevron, Eni, Shell, TotalEnergies and other companies approved a total $58bn of investment that will only be needed if oil and gas demand grows to the point where it pushes global temperatures beyond 2.5°C.

Most new oil and gas projects take years to come into production and could lock in high carbon emissions for decades. The International Energy Agency (IEA) says no new long lead oil or gas fields are compatible with 1.5°C and consumption must fall rapidly to meet the Paris climate target, but most companies are planning to increase production.

Thom Allen, Oil and Gas Analyst and report author, said: “Oil and gas companies are marketing themselves as part of the solution to climate change while simultaneously planning production increases that would lead to climate catastrophe. Companies cannot claim to be aligned with global climate targets unless they are planning to cut production.”

The UN Intergovernmental Panel on Climate Change warned this year that 1.5°C represents a critical level beyond which the impacts of climate change will accelerate strongly with some becoming irreversible. UN Secretary General Antonio Guterres called its report “an atlas of human suffering” and has warned that “every fraction of a degree counts.”

Carbon Tracker’s report, Paris Maligned: How investors should assess climate alignment of oil & gas companies, analyses the production and spending plans of upstream oil and gas companies over the next decade and finds that from January 2021 to March 2022 they approved $166bn of investment in new oil and gas fields, almost all incompatible with 1.5°C.

More than a third of this investment – $58bn – was committed to projects that are only likely to be economic if demand for oil and gas pushes global temperatures beyond 2.5°C, for example:

A further $45bn of this investment is incompatible with 1.7°C, a pathway in line with countries’ current announced climate pledges.

Paris Maligned says that although the war in Ukraine has pushed up prices of oil and gas in the short term, it has also increased recognition that renewables will provide cheaper energy in the long term, while delivering energy security and supporting climate goals. The IEA confirms the Ukraine conflict is accelerating the clean energy transition.

Most projects greenlit since 2021 or coming up for approval will not start production before the mid-2020s and will continue to produce for decades. However, even a pathway leading to 1.7°C, in line with countries’ current announced pledges, would see demand for oil and gas falling before the end of the decade according to the IEA.

Mike Coffin, Head of Oil, Gas and Mining and report co-author, said: “Investors must scrutinise company spending plans as investments in many new oil and gas projects lock in future emissions that are incompatible with Paris. Ultimately, companies are committing tens of billions to projects that are unlikely to break even if governments deliver on their climate pledges, and investors must be aware of the implications.”

The report analyses companies’ stated production plans and finds that most North American companies assessed are targeting near-term production growth. Chevron is on course for 16% growth by 2026 and ExxonMobil 8% by 2027, both from a 2019 baseline.

European majors Eni, Shell and TotalEnergies have published plans to reduce production but they fall far short of what is required for a 1.5°C pathway. All three commit only to reducing oil but plan to increase gas production. Carbon Tracker calculates that TotalEnergies’ global production will be 13% higher in 2030 than in 2019.

bp is the only company planning to reduce both oil and gas production, with a 43% cut by 2030, broadly in line with a 1.5°C pathway.

Many oil and gas companies are promoting themselves as part of the solution to climate change on the basis of their investment in renewables, but the report says this “doesn’t somehow ‘offset’ the continued legacy businesses and make a ‘climate-aligned’ company”.

Many company climate plans also include large-scale carbon capture projects, but the report says these do not negate the need for production cuts. Meeting the 1.5°C climate target will require both a herculean role out of carbon capture and drastic cuts in production. Carbon capture should be reserved as a bridging technology for hard-to-abate sectors, such as cement and steel manufacturing, and not to justify the continued production of oil and gas.

Companies should not just set climate targets aligned with Paris but also detail plans to achieve them in a credible way, as outlined earlier this year in Carbon Tracker’s Absolute Impact 2022.

Once the embargo lifts the report can be downloaded here: https://carbontracker.org/report/paris-maligned/

The Carbon Tracker Initiative is a not-for-profit financial think tank that seeks to promote a climate-secure global energy market by aligning capital markets with climate reality. Our research to date on the carbon bubble, unburnable carbon and stranded assets has begun a new debate on how to align the financial system with the energy transition to a low carbon future. www.carbontracker.org