PBS broadcasts  The Letter, a documentary film with Pope Francis 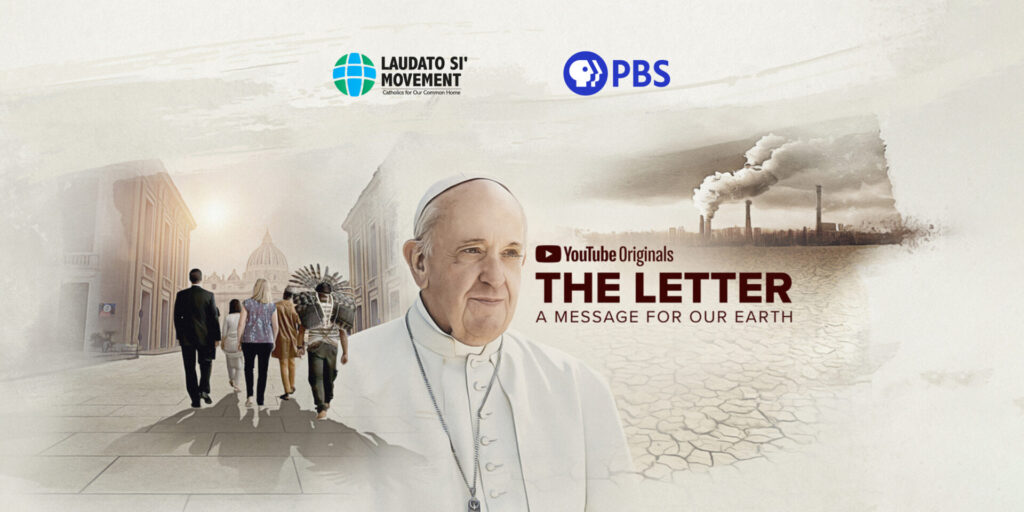 The 80-minute documentary is inspired by Pope Francis’ 2015 encyclical letter Laudato Si’, which explores ancient Catholic teaching on creation in the light of today’s ecological crisis. The film features an exclusive dialogue between Pope Francis and five people from around the world, all of whom have experienced the ecological crisis and are working to solve it.

At the film’s premiere in the Vatican’s Synod Hall during this year’s Feast of St. Francis, Catholic social teaching on ecology was front and center. Representing a breadth of interest in the papal message, speakers at the premiere included Cardinal Pietro Parolin, Vatican Secretary of State, Cardinal Michael Czerny, Prefect of the Vatican’s Dicastery for Promoting Integral Human Development, Dr. Hoesung Lee, President of the UN’s Intergovernmental Panel on Climate Change, and Arouna Kande, a young Senegalese climate refugee and student who is featured in the film.

The film, which was produced by Oscar-winning producers Off the Fence and the Catholic nonprofit Laudato Si’ Movement in collaboration with the Vatican’s Dicastery for Communication and Dicastery for Promoting Integral Human Development, has been watched by over 8 million people to date via YouTube.

The PBS broadcast is an opportunity for parishioners to spend time with families reflecting on these important teachings of the Church. With the broadcast a few days before Christmas, families may welcome the opportunity to watch a film that is engaging and inspiring. Exploring Catholic teaching through this deeply moving film can spark meaningful conversations with loved ones.

I have viewed The Letter twice and will do so again. Local churches, organizations and individuals have been contacted to offer viewings. Thank you for your accessibility and resources. The film is beautiful, warm and, of course, highlights the urgency of protecting and nourishing Creation. This task is ours. Let us continue in Peace!