The Letter, a film about dialogue that calls for a change of heart 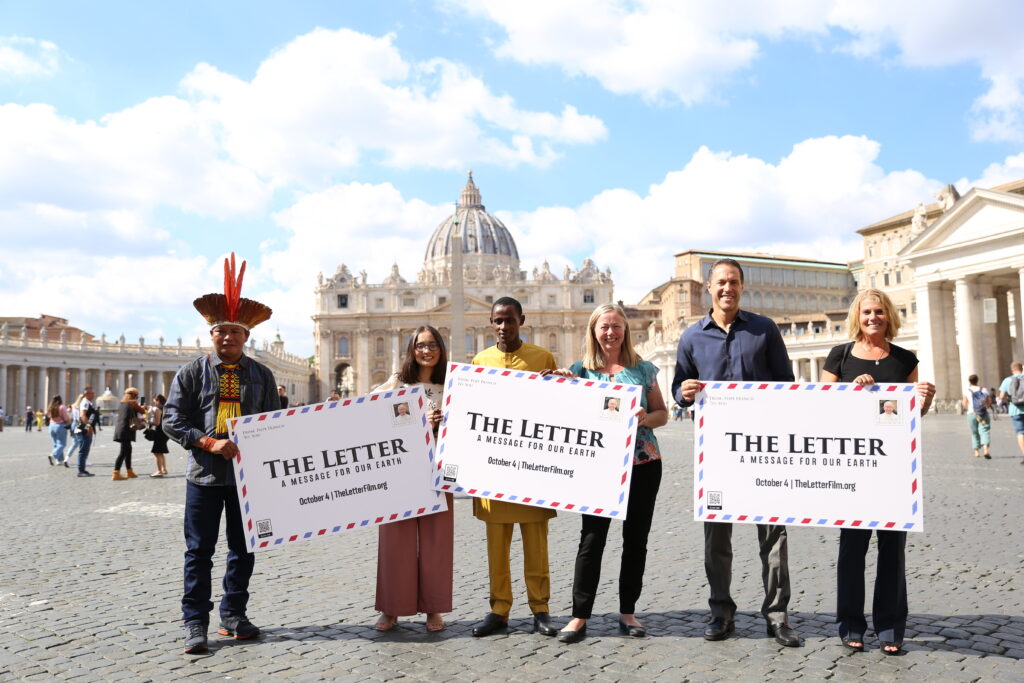 On Tuesday morning, October 4, feast of St. Francis of Assisi, a press conference on the premiere of The Letter was held in the Vatican’s Sala Stampa. The film tells the story of various frontline leaders’ journeys to Rome to discuss the encyclical Laudato Si’ with Pope Francis.

The press conference was addressed by Cardinal Michael Czerny, Prefect of the Dicastery for Promoting Integral Human Development; Dr. Hoesung Lee, Chair of the Intergovernmental Panel on Climate Change; Cacique Odair “Dadá” Borari, a protagonist of the film and Chief-General of the Maró Indigenous Territory, Pará, Brazil; Dr. Lorna Gold, President of the Board, Laudato Si’ Movement; and Nicolas Brown, Writer and Director of The Letter, all presented by Matteo Bruni, Director of the Holy See Press Office.

Card. Michael Czerny, said: “The great treasure of Laudato Si’s wisdom needs to become far more deeply known and  effectively put into practice,” referring to the fact that, seven years after the encyclical’s launch, its message is still not known and the environmental crisis of our common home has worsened drastically.

The cardinal explained the meaning of the film’s title: “Our Dicastery sent a letter to the film’s protagonists inviting them to meet the Holy Father for a dialogue with him. So, the film ‘The Letter’ highlights the key concept of dialogue.” But he added: “For this dialogue to be authentic, all voices should be heard.”

“This beautiful film – a heartbreaking yet hopeful story – is a clarion cry to people  everywhere: wake up! get serious! act together! act now!”, concluded Czerny.

The Chair of the Intergovernmental Panel on Climate Change, Dr. Hoesung Lee, began by saying: “Today is a special day for the alliance between science and faith,” because, in addition to celebrating the premiere of ‘The Letter’, “the Holy See’s official entry into the Paris Agreement on climate change comes into effect today.”

“Humanity is at a crossroads,” he said. “Both the science community and the faith community are clear: the planet is in crisis and its life-support systems are in peril. The stakes have never been higher. May the world receive this “Letter” with an open heart and open mind.”

Meanwhile, the director of The Letter, Nicolas Brown, thanked his colleagues and all those involved in the film, in particular the four voices involved in the film: “These voices are on the front lines, and they are the most experienced to tell us the reality of what is happening in relation to the climate crisis,” from a different perspective than the scientific community.

Following this, one of the protagonists of the film spoke, Cacique Odair “Dadá” Borari: “I am here once again to speak on behalf of the forest and the Indigenous population. We do not want to see the Amazon forest finished, because life is in it”. The cacique affirmed that he suffered the consequences of defending the Amazon and asked the presidents to listen to this message: “The forest is asking for help, and to keep it alive, it does not depend only on the Indigenous people, but on everyone, especially the government. Let’s unite to protect it.”

When asked about his expectations for the elections in Brazil, he said: “We hope that the new president will think about the Amazon and new policies for the development of Brazil.” 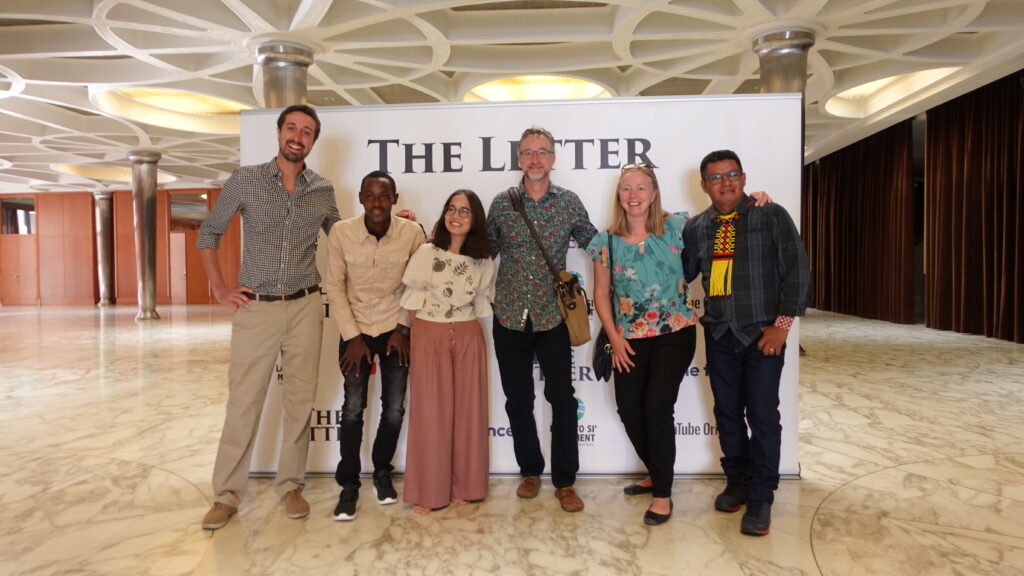 Representing Laudato Si’ Movement and as a participant of the film, Lorna Gold explained that “the essence of this film is to bring this wonderful book to new audiences,” responding to Pope Francis’ intention in writing Laudato Si’. “But we know that not all people have read it, so how do we reach them? That’s how the idea of making a documentary film came to us.”

“When we asked Nicolas to help us make a film about Laudato Si’, he said, “But…there is no plot.” That’s why Gold highlighted Off the Fence’s work to tell this story: “The only way to tell the story of Laudato Si’ is to get inside it. This is a film about the dialogue between various voices and how to act together for the common home.”

“It is not a coincidence that this film is being released on the feast of St. Francis of Assisi. The film calls everyone to change our hearts and this is the main message: we need to develop the ability to care for each other.”

“How do we overcome the ‘resistance’ in our communities to carry the right Laudato Si’ message?” a journalist asked the panel. “The Laudato Si’ Movement has more than 900 organizations as allies to help us carry the message,” said Lorna Gold. And Card. Czerny added, “The key is conversion of heart, and I am very hopeful about that.”

About The Letter: The film, produced by Oscar-winning producers Off the Fence (My Octopus Teacher) explores issues including Indigenous rights, climate migration, and youth leadership in the context of action on climate and nature. The highlight of the film is the exclusive dialogue that the protagonists have with Pope Francis.

I have approached our local theater about a showing of the Letter. They seem very interested as a community event. Are there any posters or leaflets available to spread the word for such an event?