The Letter in Assisi: A story behind the scenes 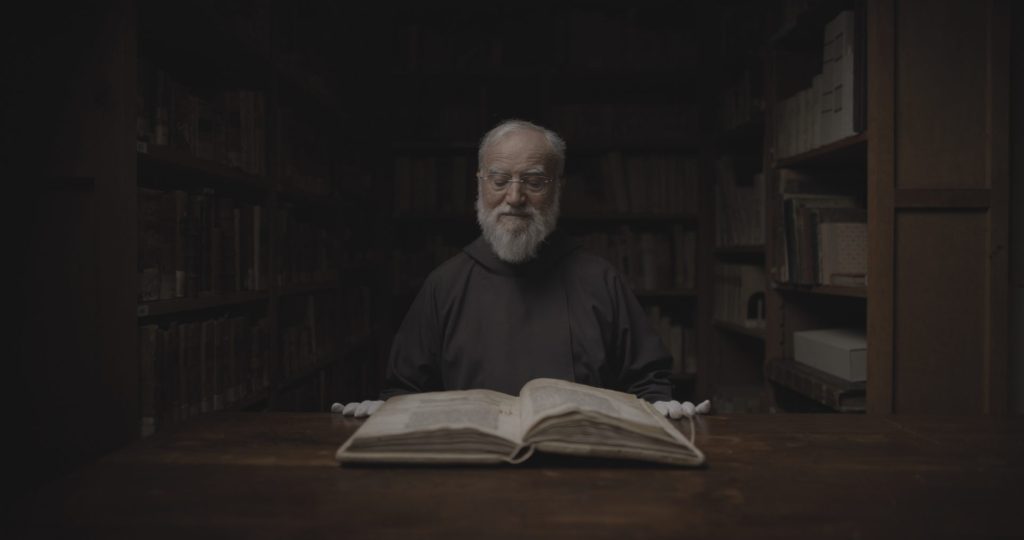 On Sunday 22 January at 8:30 p.m., in the “Colle del Paradiso” Reception and Conference Center located in the underground rooms of the Sacro Convento of Assisi, there will be a screening of the film The Letter with attendance by by: Nicolas Brown, director of the film, and Tomás Insua, founder and executive director of the Laudato Si’ Movement. 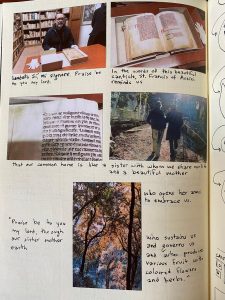 I want to take advantage of this news to share a “behind the scenes” story with you all. It all started with a prayer. Tomás Insua had a great intuition: to bring Nicolas Brown to Assisi to embody the film’s spirituality. When I met Nicolas in Assisi, he struck me for his humility and his ability to listen, a necessary quality for a director who films nature. This gave me a great surprise and a great joy.

Among those intense days of filming, I am particularly moved by a shot that Tomás took of Cardinal Cantalamessa while we were in front of Codex 338, conserved at the Sacro Convento of Assisi and home to St. Francis’ Canticle of the Creatures. 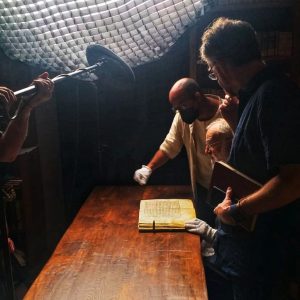 This was the first time the pope’s preacher beheld this relic and his emotion was palpable. It was an honor and pleasure to read the words with him and decipher the code. When I look back, this scene of the film emerged like a painting by Caravaggio.

I believe cinema speaks to all crowds, from words to images, interwoven by photography and plot, music and silences. The Letter inspires reflection, and through stories, new paths to follow. The final joy of this process is sharing the movie with others.

The screening of the film this Sunday is free with an RSVP via this link.

The Guardian of the Sacro Convento of Assisi, Fra Marco Moroni, will open the event. The Bishop of Assisi, Mgr. Domenico Sorrentino, the Mayor of the City, Stefania Proietti, and the ecumenical director of the Diocese, Marina Zola, who will introduce the ecumenical theme of the Week of Prayer for Christian Unity.