The Season of Creation begins in Italy. First week of events 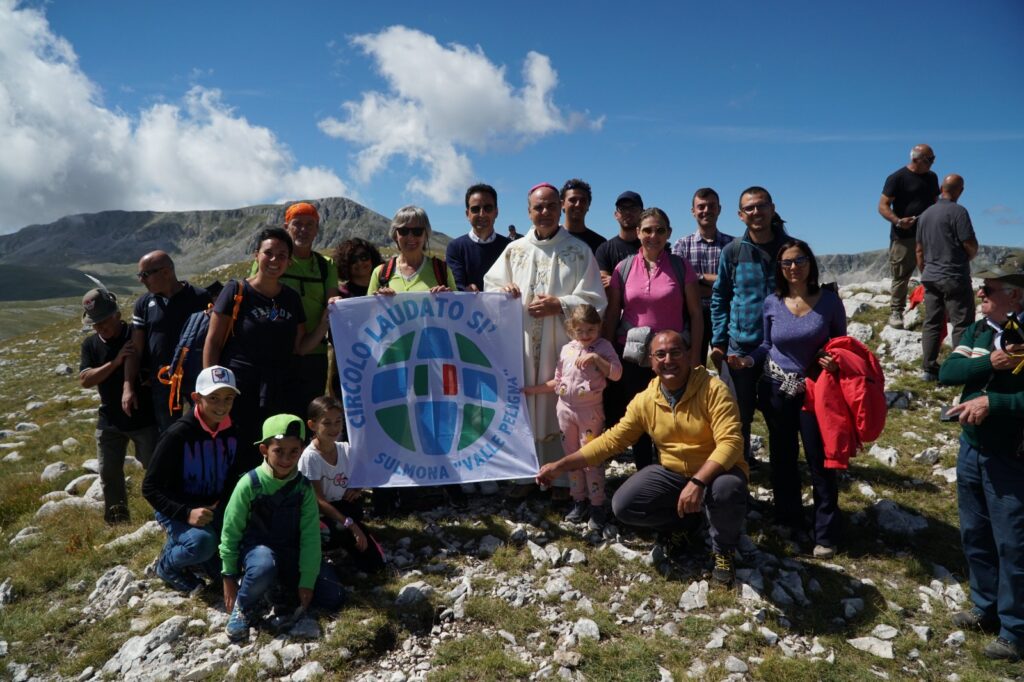 The Season of Creation 2022 with the theme “Listen to the Voice of Creation”  began with great energy and with an impressive number of local initiatives. From all over the world we have received images of communities praying in creation, of outdoor Masses, of ecological walks, of encounters and insights on the theme of integral ecology. In Italy, as is the case every year,  many wonderful initiatives have been organized together with local churches. These often involve Bishops and diocesan offices, religious orders, Catholic and Civil organizations. Indeed, this year the feeling is that participation is more widespread and the numbers are higher throughout Italy.

It’s always moving to see the joyous preparations for the Season of Creation as evidenced by this beautiful video proposed by LS Animator Sister Maria Lucia Siragusa and made by the young Miriam Resta Corrado who collected videos of various Italian Laudato Si’ Circles  throughout the Summer. It expresses the “before” in a very beautiful way as well as the hope and commitment to involve one’s community. It also invites us to reflect on our impact on the planet and to listen to the voice of creation that speaks to us.

At this time of the year on the eve of the Season of Creation there were great preparations.  One of the most beautiful was the  Laudato Si’ Retreat run ‘live’ by the Italian network on Saturday 27 August. It incorporated music, prayer and reflection as well as being an ecumenical event. The Romanian Orthodox community joined us with Father Petru Heisu and we shared the beautiful reflection of the artist Marcello Silvestri, who collaborates with the SAE (Secretariat for Ecumenical Activities).

Among the initiatives of organizations that walk with us, that of  MASCI (Italian Catholic Scout Adult Movement) is very interesting. Here is what Antonella Amico, Laudato Si’ animator, contact person of the local Circle and handler of MASCI communications tells us: “We decided to have a Laudato Si’ Mass  on October 1-2 following the suggestions of the LS Movement that allow us to enrich this experience already widespread among us scouts. We also thought of setting up an “activities altogether” day for this occasion which would be a day of adult scouting given the great success and enthusiasm around ‘Abraham’s Tent’ last year “.

What a great joy to see the commitment of the Salesian family, with both the Rector General Fr Ángel Fernández Artime and Mother Superior Chiara Cazzuola directly involved. In fact, the Salesian Sector for Youth Ministry and a group of experts have drawn up a document. The Youth Ministry Sector has among its objectives the animation of this aspect in the Congregation. It is a reflection that on the one hand consolidates the position of the Salesians of Don Bosco within the Catholic Church and on the other offers all the Salesian provinces concrete tools for carrying out ecological conversion together.

The message of the female branch of the Congregation for the Season of Creation is also very beautiful. Here is what Mother Chiara Cazzuola, Superior General of the Institute of the Daughters of Mary Help of Christians (Salesian Sisters of Don Bosco) had to say. “Allow me to reread what we chose in the XXIV General Chapter as the Chapter Deliberation, in which we committed ourselves to listening to“ the cry of the earth, the cry of the poor, the cry of the young ”. We are committed “to involving the whole Institute in a concrete and continuous path of conversion to integral ecology”. We have listened attentively to the meaning of integral ecology explained many times: It is a total dimension of life which does not only see us as individuals but as a community and as creatures that inhabit this planet ”.

This journey together brings us immense joy as we see the ever increasing number of initiatives in oratories, religious institutes and schools throughout Italy and the whole world. This is thanks to the creativity of the many Laudato Si’ Animators (whether they belong to religious orders or follow the walk of faith in the church) who are ever sensitive to the cry of the earth and that of the poor. Even the new Animators who have been following the new formation course in recent weeks have been particularly busy this month in taking their first steps with their local churches. Very beautiful images have been shared by Imma Benenato who is following the course and who is the contact person for the Sulmona “Valle Peligna” Laudato Si’ Circle. They have scheduled a full calendar of events including a wonderful walk with a Laudato Si’ Mass presided over. by Bishop Michele Fusco. 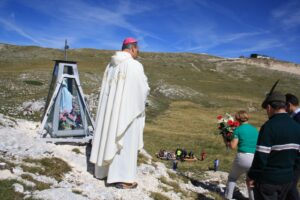 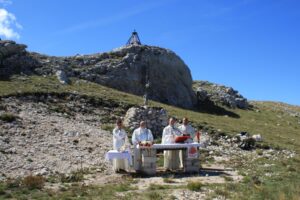 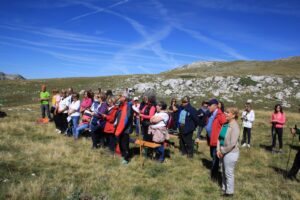 The creativity of all those throughout Italy who are committed to celebrating the Season of Creation is remarkable. From those who celebrate by watching the sun rise (in Pesaro with Archbishop Sandro Salvucci and in Palermo) to those who collect waste (the Ferrara Laudato Si’ Circle) from those who pray in the depths of the earth (the Baccanello Circle) to those who give space to creativity by painting benches (the Vallesusa Circle). To get a more complete picture of the vitality of the Italian network we recommend that you follow the   Laudato Si’ Movement Facebook Page,  in which all the main stories are shared. 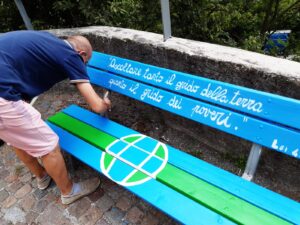 We’d like to remind you to register all your events on the official website. That way your event will have a place on the world map!