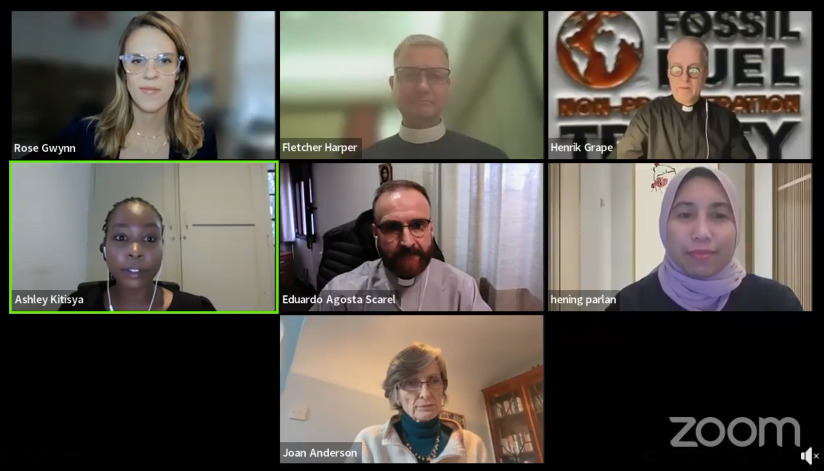 At an online press conference held on Wednesday, November 2, religious leaders from different institutions presented a multi-faith letter calling on world leaders to join the Fossil Fuel Non-Proliferation Treaty (FFNPT) during COP 27, to be held in Egypt between November 6 and 18.

Rev. Henrik Grape stated, “We need a just transition for climate justice. If we continue as we are now, we will have big problems. The fruit of this will be very bitter and toxic. As people of faith, we have a moral obligation to act justly. Let’s stop the madness of fossil fuel extraction.”

For his part, Eduardo Agosta Scarel, O.Carm, spoke of the Vatican’s presence at COP 27, emphasizing the message of the encyclical Laudato Si’ and the recent message of Pope Francis for the Day of Prayer for the Care of Creation, and the Holy See’s support for FFNPT.

For the Church “to support this treaty is a form of collective ecological conversion, of being coherent between what we believe and how we live. The light of reason through science and the light of faith through the Gospel point to coherent support for a Fossil Fuel Non-Proliferation Treaty,” said Friar Agosta.

Faith communities joined 70 cities, including Calcutta, Los Angeles and London, 101 Nobel laureates, 3,000 scientists, 1,750 civil society organizations and 500 parliamentarians from Africa, Asia, Europe and the Americas to call for an immediate end to new fossil fuel projects, an equitable phase-out of current coal, oil and gas production, and a generous commitment to a just transition for climate-affected countries, communities and workers. The press conference was organized by Greenfaith and the Laudato Si’ Movement.