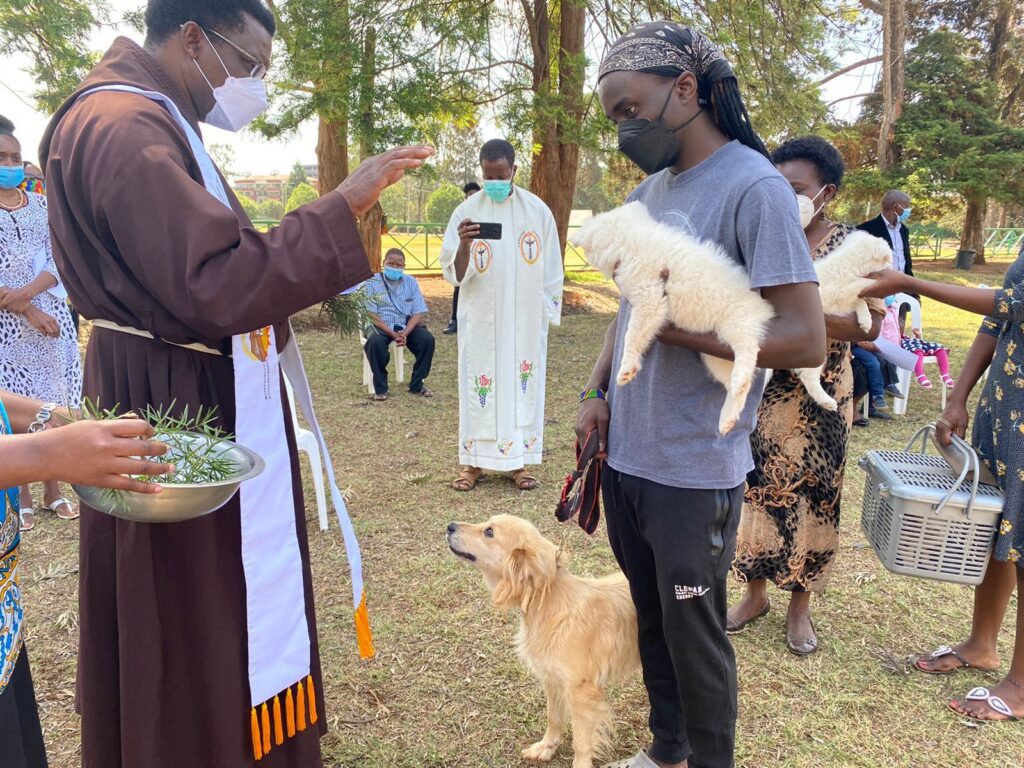 On January 17, as every year, parishioners take their pets, usually to the Franciscan temples, to be blessed. The reason why animals are blessed on St. Anthony Abbot’s Day is because this saint is attributed with the protection of animals, as is St. Francis of Assisi. St. Anthony Abbot was one of the founding saints of monasticism, who as a young boy read the biblical passage of the rich young man, who refused Jesus’ request to sell everything and follow Him, so the young man, who had been born with an abundance of goods, in 251, decided to leave his belongings and follow Jesus.

During his life in the desert, St. Anthony received many temptations, represented in the form of animals. For that reason, artists used to draw him surrounded by them and hence people got the idea that he was their protector.

Where does this animal blessing tradition come from?

In the Middle Ages, the purpose of this blessing was to protect the animals that served as sustenance for man and those that served for farm work and transportation. At that time, these animals’ health was important because of the role they played in society.

In his encyclical Laudato Si‘, Pope Francis calls upon humanity to recognize the importance of caring for and respecting “the common home”, which is shared with all living beings, inspired by the teachings of St. Francis of Assisi, in which he emphasized that creation includes more than humanity. He always called creatures his brothers and sisters and worked to further expand the fraternity, linking men and creatures in the same relationship with God.

The message of the encyclical Laudato Si’, which is addressed to every person who inhabits this planet, invites us to recognize that we live in a common home and therefore, we have a common Father.

Nowadays, the modern profile of this custom causes many of the people who go to these temples to leave aside their religious beliefs and a spirituality flourishes in them, where pets are an integral part of the family and in many cases, these animals go so far as to become “humanized”. It is important to remember what the Catechism of the Church points out (Cann 2415-2418) where God entrusts to man the stewardship of animals, recognizing the love that can be felt towards them, as long as the affection due only to human beings is not diverted, or to invest sums that should remedy the poverty of men.

But this relationship, which Laudato Si’ teaches us, in which everything is connected and in which “we are all in the same boat”, means that Catholicity can also be taken to the physical environment and we can use the ecological issue as a means of evangelization, where the human being stands as the center and custodian of Creation  while respecting the binomial immanence/transcendence. To contemplate a given natural order implies elevating a Creator, that given order, where Creation does not imply a resource available to be used, but rather a treasure to be cared for.

Meet the Laudato Si’ Animators and join us.