Faith activists at COP26: ‘We are a small part of something so much bigger’ 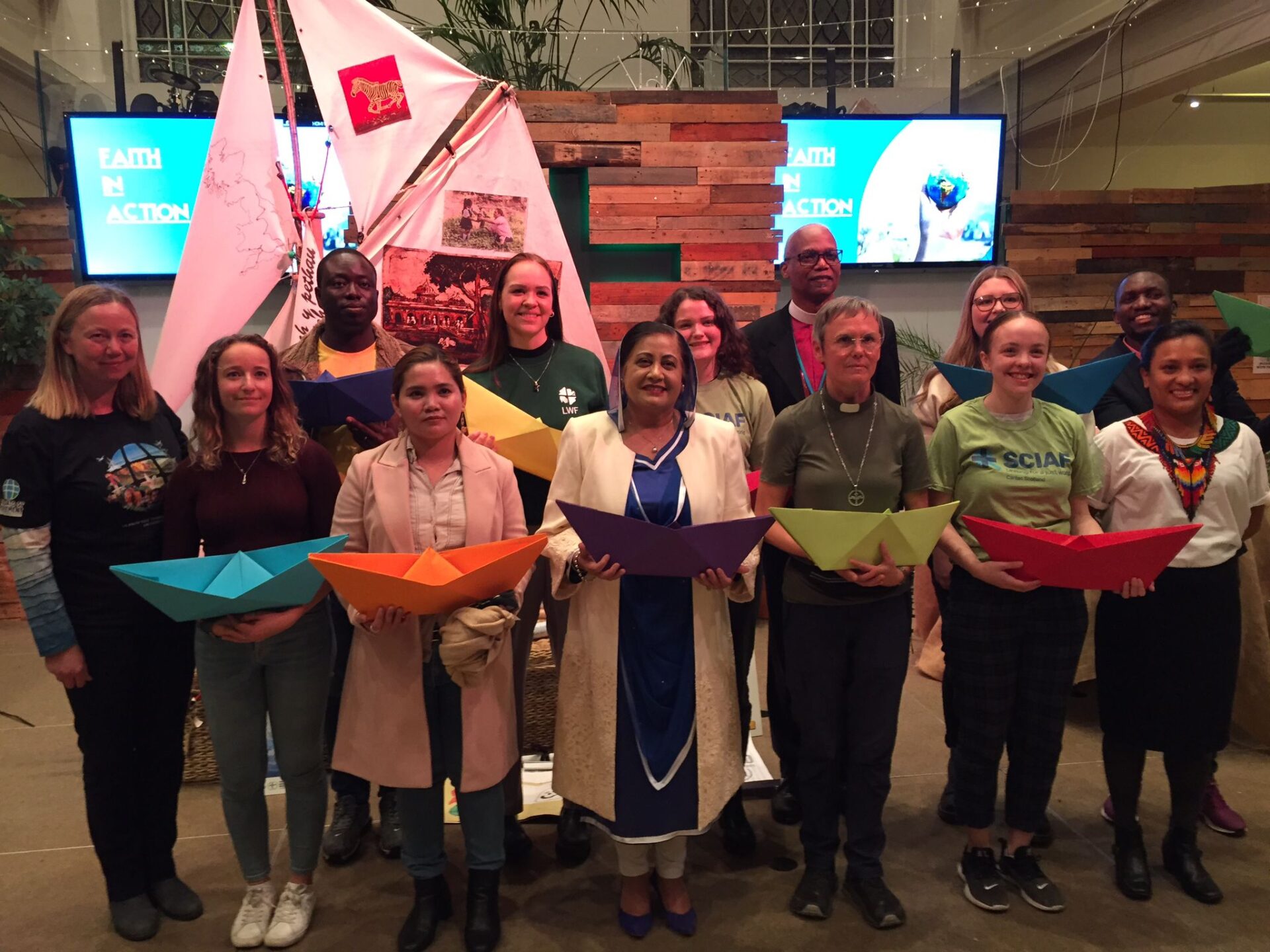 Representatives of the ” Faith in Action for Climate Justice” event.

Faith activists, young people, and leaders from around the world presented their demands for climate justice on Tuesday evening to representatives the United Nations 26th Climate Change Conference in Glasgow.

The signatures of over 120,000 Catholics and more than 425 partner organizations on the Healthy Planet, Healthy People petition were presented at the event, which was held St. George’s Tron Church.

Archbishop Julio Murray, Primate of the Anglican Church in the Central America Region, gave the opening prayer, welcoming those present at the church, and the hundreds of thousands of people who watched the event live on social media.

Did you miss the event? Watch it here

A video showing action on climate change around the world was shown at the start of the event and Sally Foster-Fulton of Christian Aid gave a welcoming speech: “We share a deep understanding that we are a small part of something so much bigger,” she said.

Three young people then outlined the main demands of the faith groups. “There can be no climate justice without debt justice,” said a young activist from Uganda; and a representative from Panama mentioned, “Our spirit is in conjunction with the spirit of the Creator.”

During the collective delivery of petitions, Dr. Lorna Gold, Chair of the Board of Directors of the Laudato Si’ Movement, said: “We want to make the encyclical Laudato Si’ a lived reality for everyone. I represent the thousands of people who have signed the Healthy Planet, Healthy People petition, and I am here to call on leaders to take urgent action.”

Each representative carried a paper boat in their hands, which was then offered on a large boat that occupied the stage. To conclude the moment, Ravinder Kaur Nijjarm, an interfaith consultant, offered a prayer of commitment.

Nick Baker, the COP26 Deputy Director of Engagement, was present via video and expressed gratitude for the event and wished “that this COP can make a change for the most affected countries.”

The closing prayer was delivered by Imam Razawi, Director General of the Scottish Ahlul Bayt Society: “Lord, may you protect the most vulnerable in society, and give future generations a better world,” he prayed.

To join the upcoming COP26 events, go to the full agenda here.

[…] COP26, the LSM delegation in Glasgow delivered the petition signatures of more than 130,000 Catholics and 425 partner organizations, supporting […]