European Youth Pilgrimage: The Common Home, a beautiful place for everyone 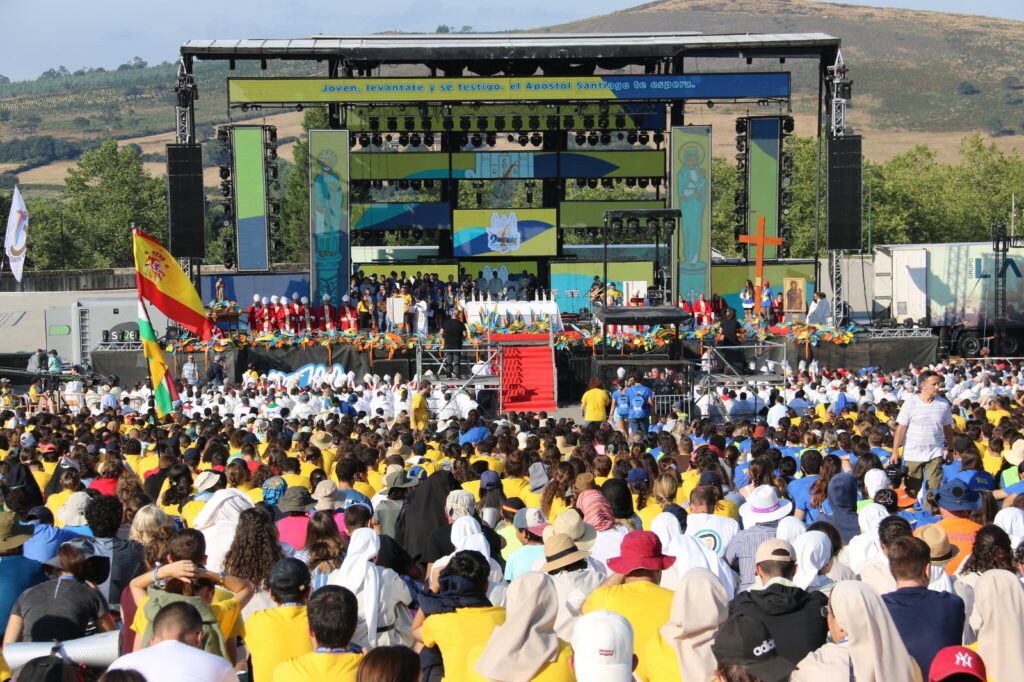 For five days the Galician city became the epicenter of the youth of the old continent. These days have been an opportunity to deepen in the importance of caring for our Common Home and in the pilgrimage on foot to Santiago de Compostela.

Among the young people, the presence of pilgrims from Italy and Portugal stood out, the latter encouraging participation in the next World Youth Day, which will take place in Lisbon from August 1 to 7, 2023.

The meeting concluded with the Mass of Sending and Closing on Monte do Gozo, presided over by the papal legate, Card. Antonio Martos, bishop emeritus of Leiria-Fatima.

The Cardinal stressed upon his arrival, in the official welcome to the pilgrimage, that we are facing a new scenario with unpredictable consequences for the poorest, with a crisis at the political, economic, social and ecological levels, where our mission must be to heed the cry of the poorest, and build peace through the common good and fraternity.

In words to the Laudato Si’ Movement during the press conference, the Cardinal stressed that the path is not only the environmental aspect, where the home of all is threatened by climate change and deforestation, but also a call to care for creation with all that this implies, being a very sensitive problem for young people, in which we have to deepen. 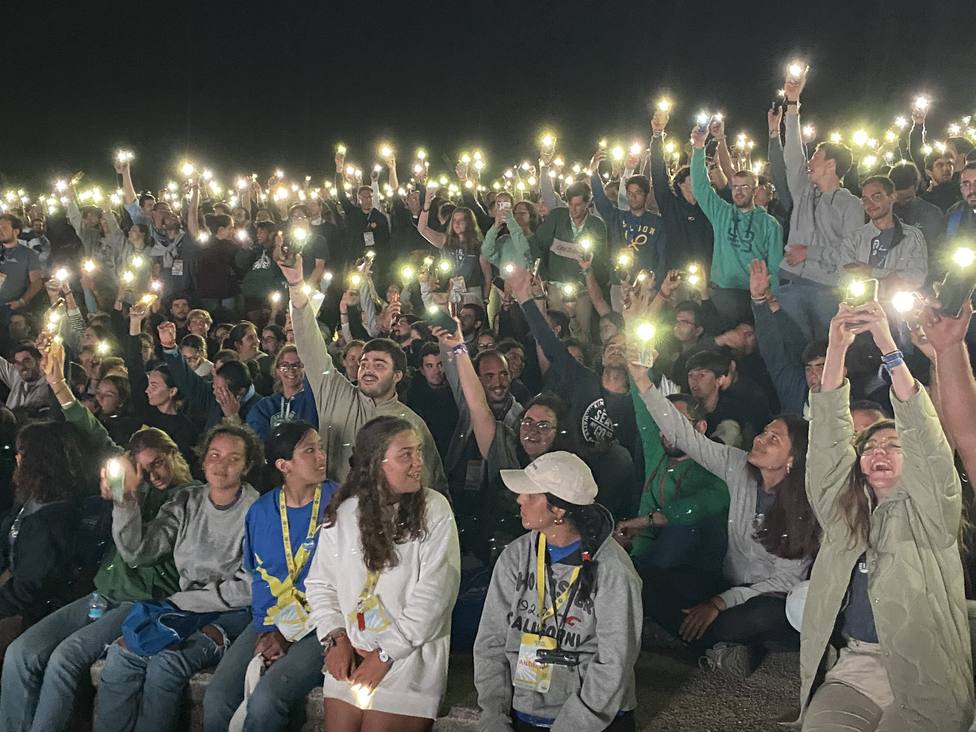 During the Prayer Vigil, celebrated on the evening of Saturday, August 6, the effort to care for our common home was again discussed, encouraging young people to be able to discover and enhance the foundations of a true social solidarity in a culture of encounter.

Finally, in the Eucharist of sending forth the thousands of young people gathered there, the idea of love and service emerged, two fundamental elements in the “culture of care and encounter” that serve to break down walls. To create a universal brotherhood, bringing the Gospel to the forgotten, and to make the Common Home a truly beautiful place for all. The Archbishop of Santiago, Mons. Julián Barrio, highlighted the opportunity offered by the road to find hope and meet God again.

It should be noted that the PEJ 2022 was held on the occasion of the Xacobean year extended by Pope Francis because of the pandemic, which will have its next edition in 2025, a date on which the feast of St. James the Apostle is celebrated on Sunday.

Among the activities of the PEJ, there was the space “Caring for our Earth”, organized by the Catholic Scout Movement, with an area for prayer and reflection by the delegation of the Laudato Si’ Movement.

The Bonaval Park was the place chosen for these thirteen workshops, which included practical activities of recycling, painting, handicrafts and garbage cleaning, which allowed the hundreds of young participants to get involved in the care for the Common Home.

The Ecological Chapel designed by the Laudato Si’ Movement provided a space to learn more about the message of the encyclical, the invitations it contains and the search for a true commitment. The young people were invited to learn about the four pillars of integral ecology: the relationship with oneself, with God, with others and with the environment, aspects that are reflected along the Way of St. James. 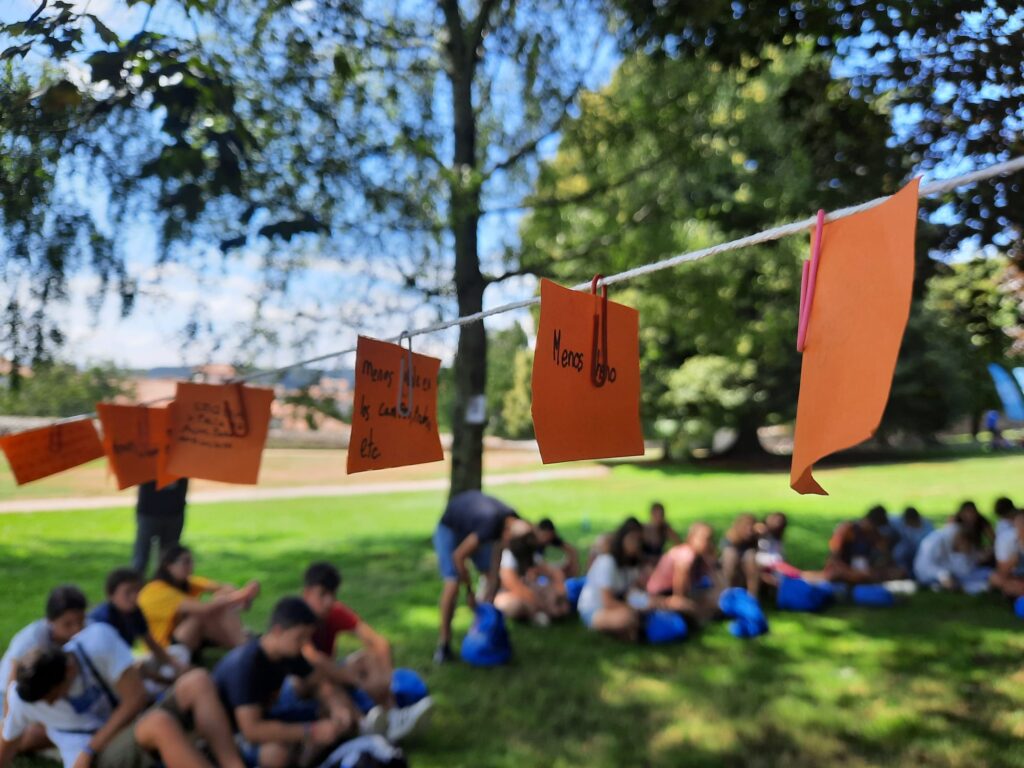 The backbone of the activity was “see, judge and act”. The first step consisted of a brief reflection and deepening on relevant issues such as climate change, the greenhouse effect, its causes and consequences. Subsequently, they analyzed how this lack of protection of the common home will affect their localities in the future. Drought, deforestation, access to drinking water or rising sea levels were the main points that were highlighted and that will have social and economic consequences in their regions.

Judging was the second step addressed, reflecting on the lifestyle and consumption habits of young people by measuring their carbon footprint and its impact on the environment.

Finally, in the step of acting, the young people were invited to get going and be builders of peace and fraternity, as Cardinal Martos pointed out in his closing homily. During this part of the Laudato Si’ Chapel, the young people wrote on white ribbons their individual commitments, which they added to a large mural where all the intentions were collected.

Hundreds of young people passed through the space “Embrace of Creation”, an opportunity that was complemented by other workshops, spaces and conferences, for example on fair trade, or the activity Laudato Si’ GPS, with a route that gave the keys to live the care of the planet and people.