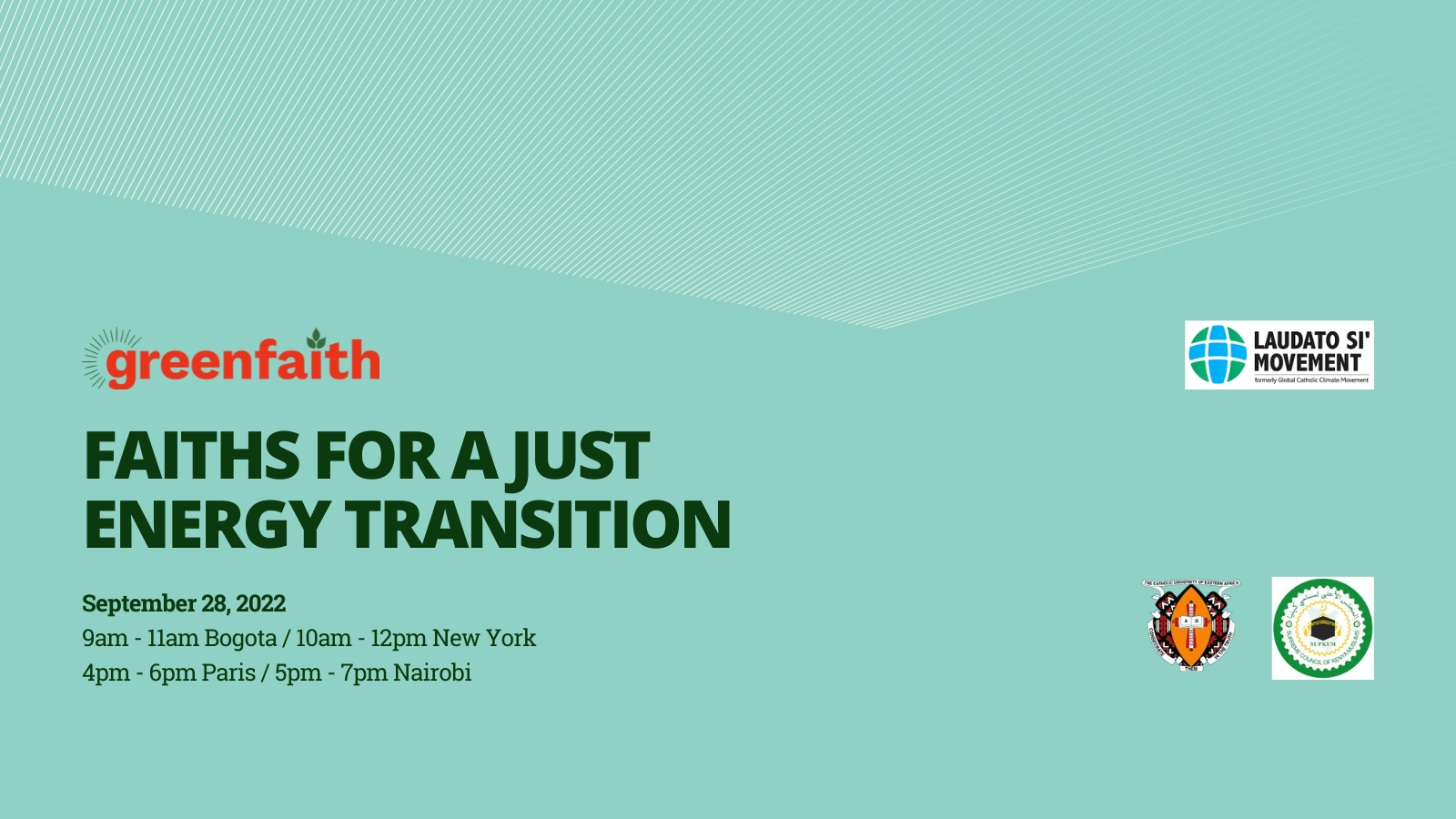 COP27 comes at a time when Africa realizes its abundance of resources, both non-renewable and renewable. Therefore, a catch-22 situation presents itself: ahead of the conference and the eventual shift to renewable energy in 2030: Should Africa be like its predecessors, or should she leapfrog and pioneer the inevitable transition to renewable energy?

Amid the ongoing crisis like floods in Pakistan and Uganda, and drought in Kenya, we can understand the situation using scientific explanations. The science states that the major cause of climate change challenges is fossil fuels. The upcoming conference’s fossil fuels discussion is the elephant in the room. Many leaders avoid the discussion of fossil fuels because energy is a necessary driver of development. The people most impacted by disasters due to fossil fuel extraction are the vulnerable people; the poor, women, and children.

As people of faith, we are called to advocate for the vulnerable using multiple advocacy approaches. In most faiths, concern for the environment is ancient and even embedded in religious traditions such as respect for nature and communing with nature. Religions call us to protect our shared resources, such as water, land, and beautiful creatures.

People of faith can advocate for policies that protect the planet as they have a vital role as non-state actors at the global negotiation tables. Faith leaders are coming together to call for a just transition. A just transition advocated for the promotion of renewable energy that also addresses the needs of the vulnerable.

Faith leaders can speak for the poor and vulnerable people in their congregations who are often victims of fossil fuel-related crises. From the exploration of fossil fuels to the final production, many people are often affected by displacement, water pollution, and air pollution. In Uganda, the East African Crude Oil Pipeline project has involved over 100000 people and threatened the region’s biodiversity collapse. The EU parliament last week passed a resolution stating that the Pipeline is causing a violation of both the rights of the people of Uganda and the biodiversity of the region.

This momentum is positive, and faith leaders are contributing to the eventual adoption of a universal treaty promoting the nonproliferation of fossil fuels based on three pillars:

Among many activities during the season of creation and beyond, faith leaders from the Catholic, Hindu, Islamic, and Bahai faiths are raising awareness through a multi-faith symposium for a just energy transition online on the 28th of September, 10 New York / 16 Rome / 17 Nairobi.  This is among the fossil treaty initiatives. This symposium will also amplify the voice of African leaders who are advocating for a just transition away from fossil fuels in Africa.

Join us in Zoom