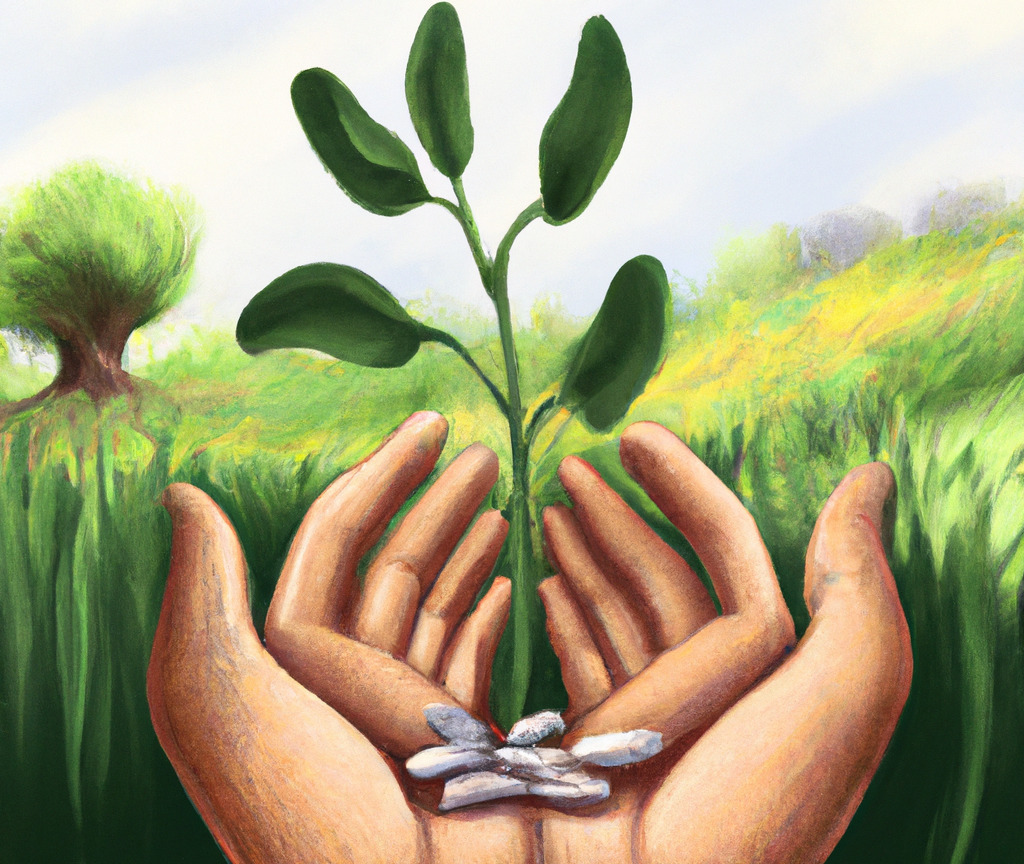 If you prefer, you can download this resource in PDF format by clicking here.

Laudato Si’ Encounter: Monthly Prayer Guide
Praying for peace with and for all creation
January 2023

Monthly Intention: Praying for peace with and for all creation

“Peace, justice and the preservation of creation are three absolutely interconnected themes, which cannot be separated and treated individually without once again falling into reductionism.” (LS 92).

God of Mercy and Compassion, open our hearts to Your grace. Give us the courage, we pray, to radically transform our own lives, and appreciate more deeply the covenant You made with all creatures on earth.

Help us to respond to the cry of the earth and of the poor, as peacemakers who challenge the violence that threatens us all.

Guide us along the path of nonviolence, to reconnect with nature, to value all peoples of the earth, to consume less, and waste nothing. Pour out upon us the power of Your love, that we may protect life and beauty.

Fill us with Your peace, that we may live as brothers and sisters, harming no one.

We make this prayer through Christ Our Lord.

This is a prayer from the Laudato Si’ Movement Prayer Book, download it for free here

Peace with God the Creator, Peace with All of Creation

By Saint John Paul II, excerpts from his message for the World Day of Peace, 1 January 1990 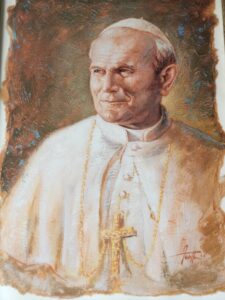 In our day, there is a growing awareness that world peace is threatened not only by the arms race, regional conflicts and continued injustices among peoples and nations, but also by a lack of due respect for nature, by the plundering of natural resources and by a progressive decline in the quality of life. The sense of precariousness and insecurity that such a situation engenders is a seedbed for collective selfishness, disregard for others and dishonesty.

Faced with the widespread destruction of the environment, people everywhere are coming to understand that we cannot continue to use the goods of the earth as we have in the past. (…)

Certain elements of today’s ecological crisis reveal its moral character. First among these is the indiscriminate application of advances in science and technology. Many recent discoveries have brought undeniable benefits to humanity. Indeed, they demonstrate the nobility of the human vocation to participate responsibly in God’s creative action in the world. Unfortunately, it is now clear that the application of these discoveries in the fields of industry and agriculture have produced harmful long-term effects. This has led to the painful realization that we cannot interfere in one area of the ecosystem without paying due attention both to the consequences of such interference in other areas and to the well-being of future generations. (…)

But there is another dangerous menace which threatens us, namely war. Unfortunately, modern science already has the capacity to change the environment for hostile purposes. Alterations of this kind over the long term could have unforeseeable and still more serious consequences. Despite the international agreements which prohibit chemical, bacteriological and biological warfare, the fact is that laboratory research continues to develop new offensive weapons capable of altering the balance of nature.

Today, any form of war on a global scale would lead to incalculable ecological damage. But even local or regional wars, however limited, not only destroy human life and social structures, but also damage the land, ruining crops and vegetation as well as poisoning the soil and water. The survivors of war are forced to begin a new life in very difficult environmental conditions, which in turn create situations of extreme social unrest, with further negative consequences for the environment. 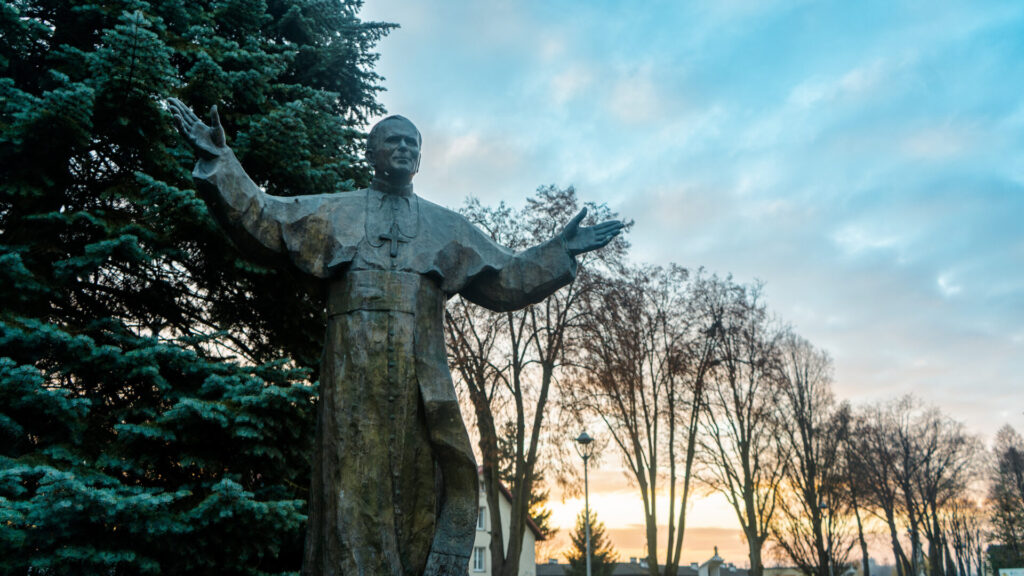 Modern society will find no solution to the ecological problem unless it takes a serious look at its life style. In many parts of the world society is given to instant gratification and consumerism while remaining indifferent to the damage which these cause. As I have already stated, the seriousness of the ecological issue lays bare the depth of man’s moral crisis. If an appreciation of the value of the human person and of human life is lacking, we will also lose interest in others and in the earth itself. Simplicity, moderation and discipline, as well as a spirit of sacrifice, must become a part of everyday life, lest all suffer the negative consequences of the careless habits of a few.

An education in ecological responsibility is urgent: responsibility for oneself, for others, and for the earth. This education cannot be rooted in mere sentiment or empty wishes. Its purpose cannot be ideological or political. It must not be based on a rejection of the modern world or a vague desire to return to some “paradise lost” . Instead, a true education in responsibility entails a genuine conversion in ways of thought and behaviour. Churches and religious bodies, non-governmental and governmental organizations, indeed all members of society, have a precise role to play in such education. The first educator, however, is the family, where the child learns to respect his neighbour and to love nature. (…)

Even men and women without any particular religious conviction, but with an acute sense of their responsibilities for the common good, recognize their obligation to contribute to the restoration of a healthy environment. All the more should men and women who believe in God the Creator, and who are thus convinced that there is a well-defined unity and order in the world, feel called to address the problem. Christians, in particular, realize that their responsibility within creation and their duty towards nature and the Creator are an essential part of their faith. As a result, they are conscious of a vast field of ecumenical and interreligious cooperation opening up before them.

Questions for reflection
As this new year begins and inspired by this reflection from Saint John Paul II, let us take some time to reflect: 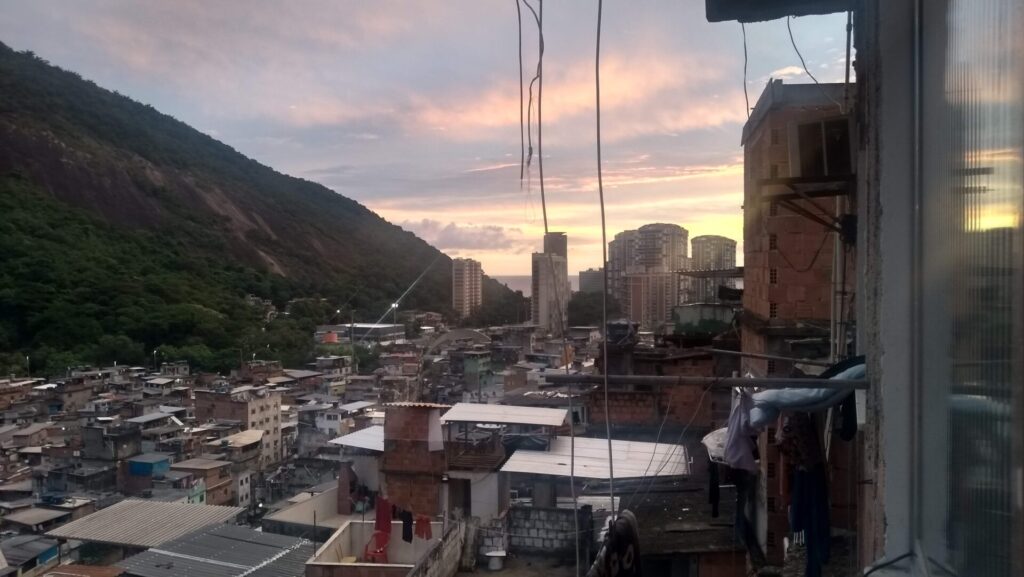 Located in the city of Rio de Janeiro, Brazil, Rocinha is the biggest slum in Latin America. People and creation suffer there due to the lack of responsibility from the local government and city hall, poor public policies on basic sanitation and waste management, high rates of tuberculosis, and armed conflict by the military police against druglords. 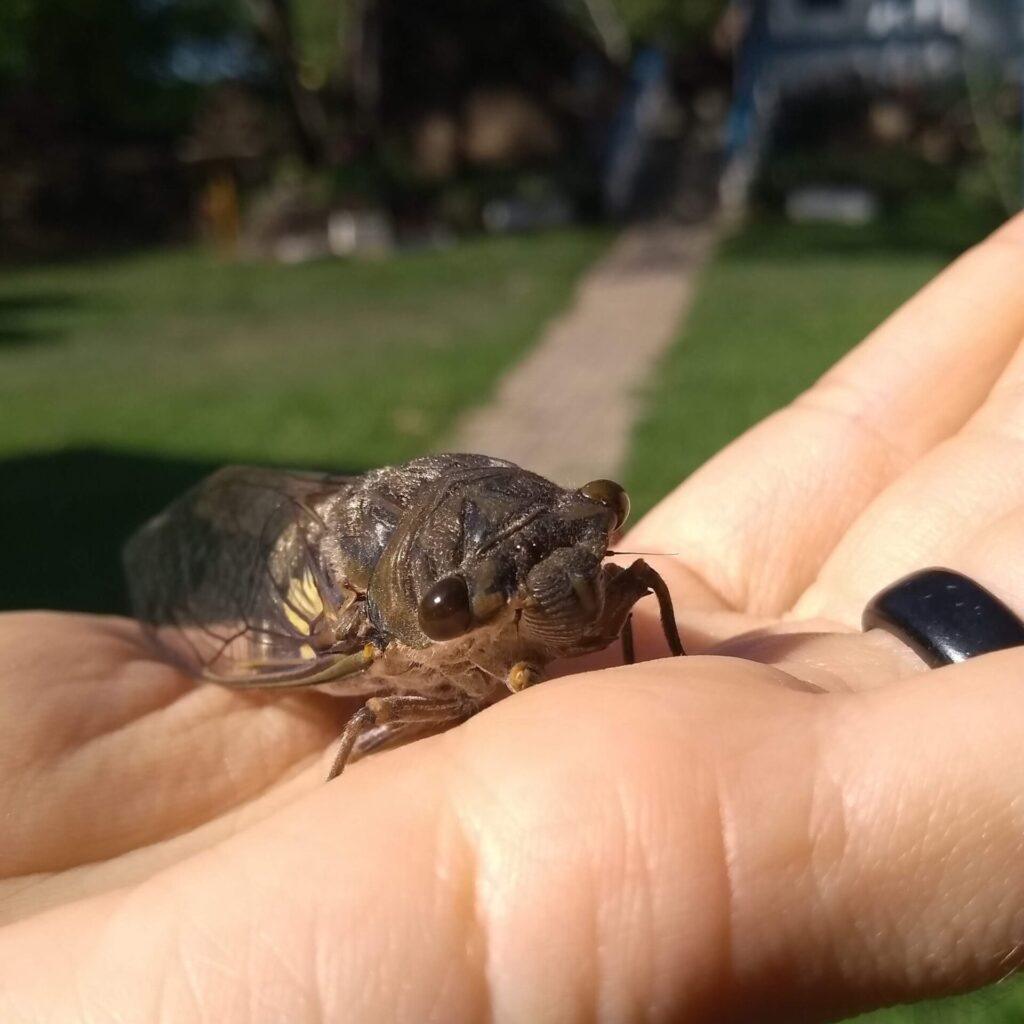 A short poem by Maria Teresa:

I live on singing

And changing my shell: 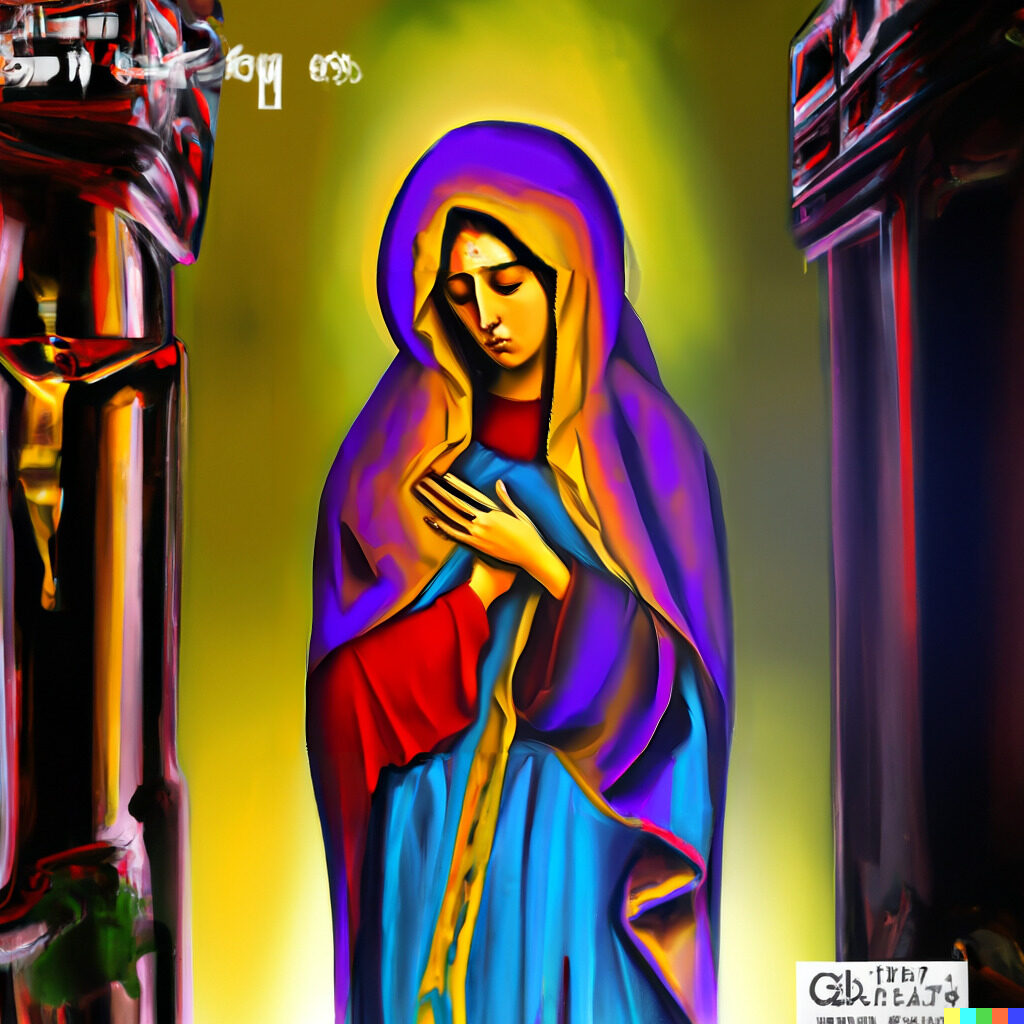 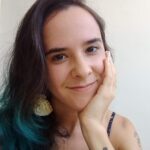 January 1st, the World Day of Peace, is also when the Catholic Church celebrates the Solemnity of Mary, the Mother of God. All Marian dogmas are Christ-centered, and not Mary-centered as some might think. When we celebrate Mary as the Mother of God, we are celebrating and professing our faith that Jesus Christ is truly God, the Word made flesh that “united himself to this earth when he was formed in the womb of Mary” (LS 238).

Our devotion to Mary is also a reminder of our call to care for creation. Pope Francis reminds us in Laudato Si’:

“Mary, the Mother who cared for Jesus, now cares with maternal affection and pain for this wounded world. Just as her pierced heart mourned the death of Jesus, so now she grieves for the sufferings of the crucified poor and for the creatures of this world laid waste by human power. Completely transfigured, she now lives with Jesus, and all creatures sing of her fairness. She is the Woman, “clothed in the sun, with the moon under her feet, and on her head a crown of twelve stars” (Rev 12:1). Carried up into heaven, she is the Mother and Queen of all creation. In her glorified body, together with the Risen Christ, part of creation has reached the fullness of its beauty. She treasures the entire life of Jesus in her heart (cf. Lk 2:19,51), and now understands the meaning of all things. Hence, we can ask her to enable us to look at this world with eyes of wisdom.” (LS 241)

Let us ask for Mary’s intercession, the Mother of God, Mother and Queen of all creation, for us to stay strong on this path of building peace and justice through our ecological conversion. 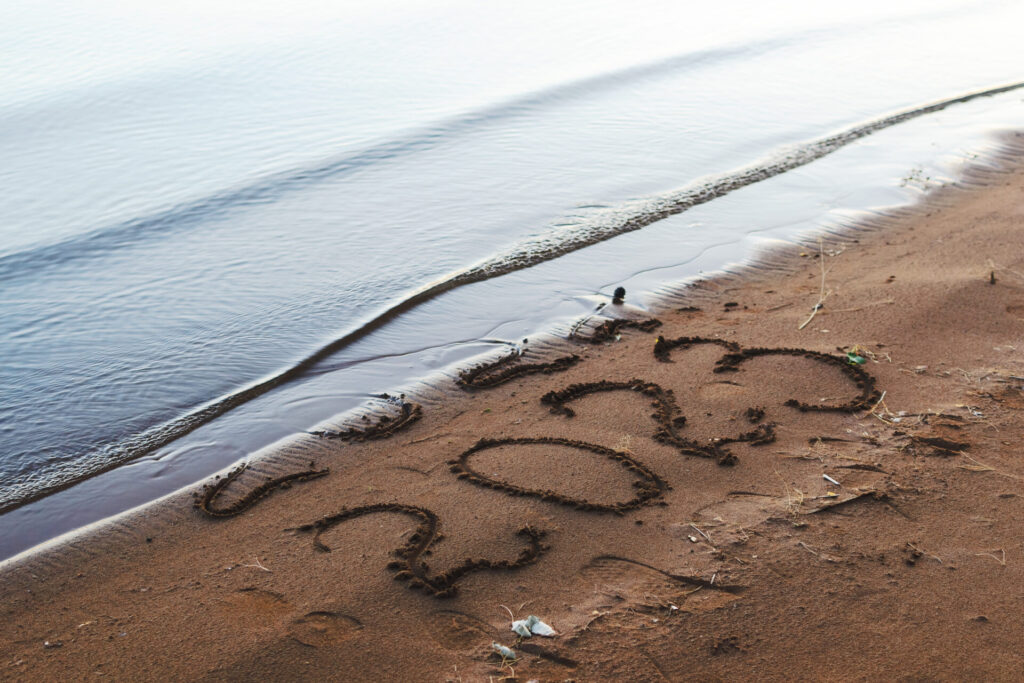 Every new year brings with itself the sense of a new beginning, the possibility to make new commitments and to embrace new opportunities. When we look ahead, we might feel anxious or overwhelmed trying to figure out the future. The wisdom from native indigenous peoples in the Americas teaches us that we must look to the past to learn how to live in the present because the future does not exist yet. So it’s not the future that stands before us, but the past.

With this paradigm shift in mind, we invite you to really take some time to look back at 2022 and consider what you have learned, what went well and what can be improved so that in 2023 our action for our common home will be even better. We don’t stand before an unknown future, we stand before a known past that offers us so much to build a better world right now.

As part of your New Year’s resolutions and fuelled by the gift of your past, make sure to plan how to engage your local community through The Letter. You can start thinking about new dates for screening, new audiences you would like to reach, key global moments when you can integrate it such as Laudato Si’ Week or Season of Creation. Make sure to sign up here to receive all the resources you might need according to your plans.

Embracing our past and cherishing the present is also a way to make peace with ourselves and with creation. May we let this way of thought infuse our actions this year, as we proclaim the good news to all creation!