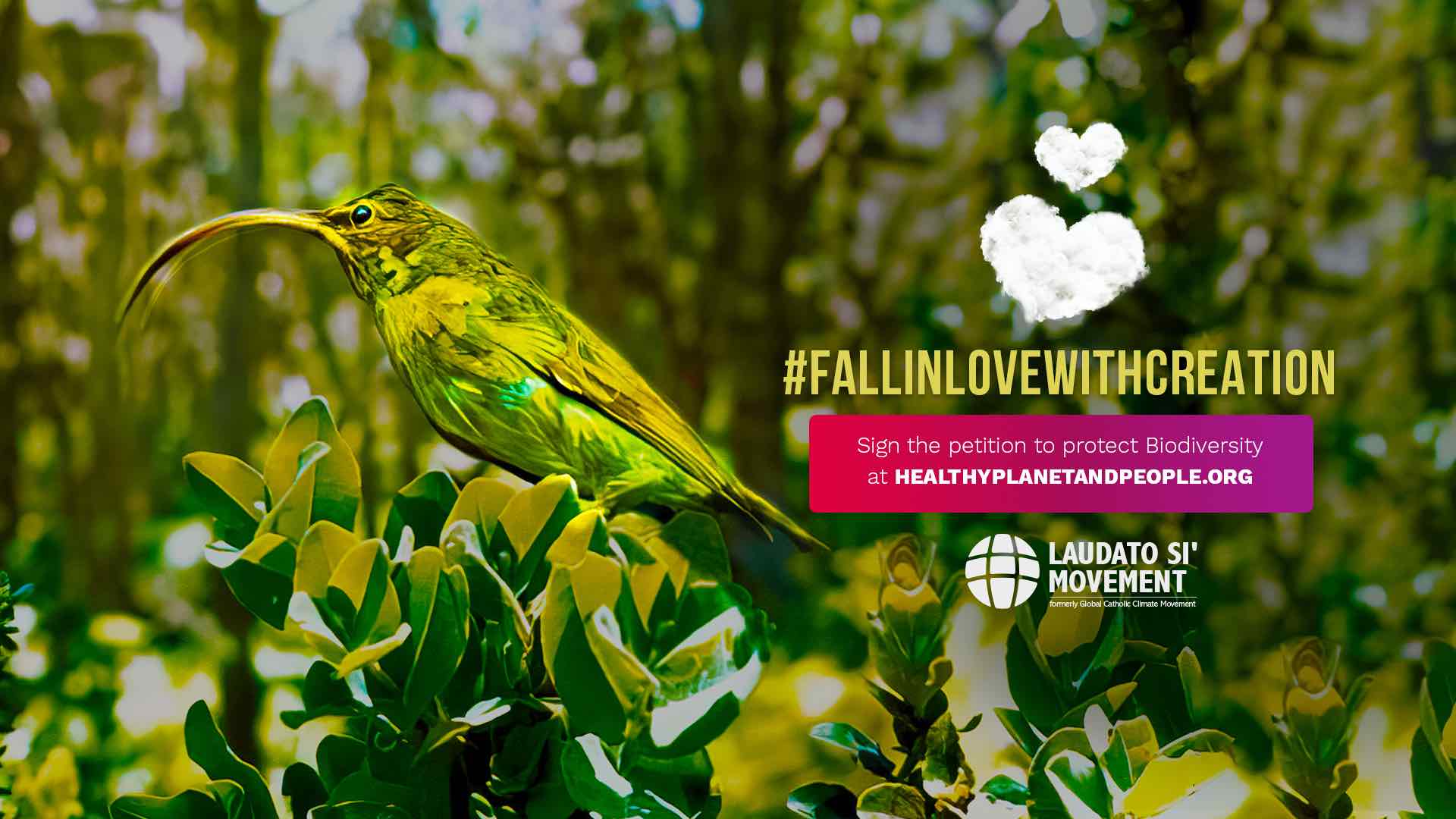 The petition calls on world governments to set ambitious targets that protect God’s creation at the critical United Nations Biodiversity Conference (COP15), to be held later this year in China. Catholics are called to #GiveEarthAVoice and #FallInLoveWithCreation by signing and sharing the petition.

Tomás Insua, Laudato Si’ Movement Executive Director, said: “So much of the attention has rightly been focused on the climate emergency, but we need to tackle the climate emergency and the biodiversity crisis together. As Catholics, advocating for God’s creation is an integral part of our faith, and we must unite ahead of this vital conference and lift up the voices of all members of God’s creation. Join us in signing the Healthy Planet, Healthy People petition.

Scientists warn that the climate emergency is causing rising seas, a warmer planet, and more extreme weather, all of which are devastating God’s creation. At the same time, biologists estimate that human activity is driving species to extinction at a rate of 100 to 1,000 times their usual rate.

As Pope Francis said in Laudato Si’, “Because of us, thousands of species will no longer give glory to God by their very existence, nor convey their message to us. We have no such right” (LS 33).

The petition specifically calls on world governments to do the following:

Pope Francis recently urged all people to preserve the biodiversity and beauty of God’s creation. “Throwing away plastic in the sea is criminal. This kills biodiversity, the Earth, everything,” Pope Francis said, speaking to an audience of nearly nine million people on the Italian network Rai 3. “If things don’t change, my granddaughter…will have to live in an uninhabitable world within 30 years.”

Last year, the Healthy Planet, Healthy People petition united the Catholic movement to care for our common home. More than 120,000 Catholics and 420 organizations, representing hundreds of thousands of Catholics, signed the petition, which was presented to leaders at the United Nations Climate Change Conference (COP26) in November in Glasgow.