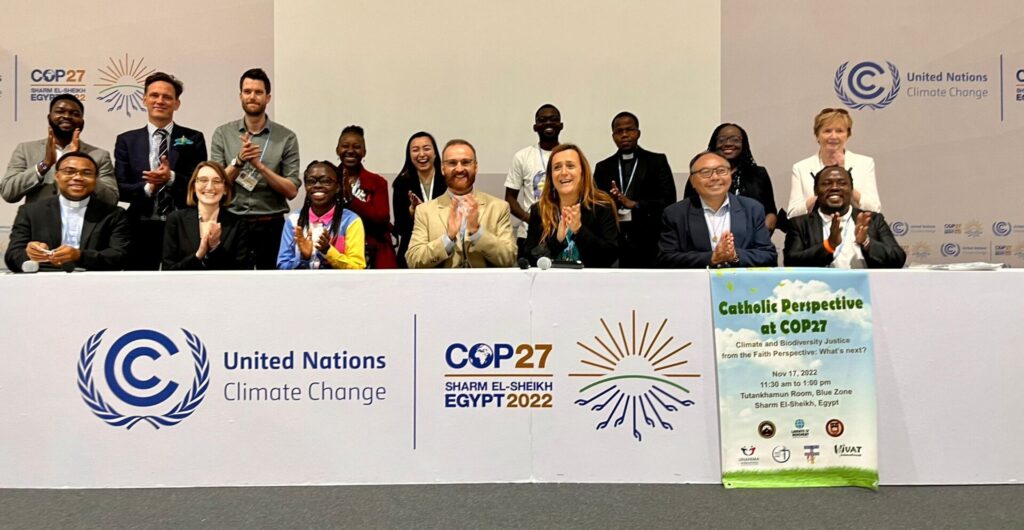 The event “Climate and Biodiversity Justice from a Faith Perspective: What’s Next?” was held in the Tutankhamun Room of the Blue Zone at COP 27, which is taking place in Sharm el-Sheikh.

During the panel, the setbacks and gaps in the ongoing negotiations among the Parties on the key dimensions relevant to climate justice according to the Social Doctrine of the Church were discussed, supporting the message issued by the Holy See at the beginning of the summit.

WATCH: The entire broadcast of the event is on YouTube; activate automatic subtitles in your language 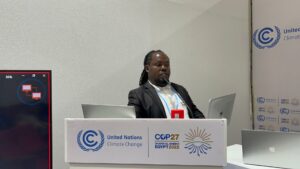 The four urgent pillars for achieving the goals of the Paris Agreement, which are interconnected and are a marker of fairness, equity and justice based on faith values, were discussed. These are mitigation; adaptation; finance; and loss and damage.

In relation to mitigation, emphasis was placed on the importance of divestment and the rapid elimination of fossil fuels, together with the development of alternative energies and the financing of a just transition for the countries most in need. Establishing targets and timelines for an equitable and just transition is critical.

Regarding financing, the representatives mentioned that there is a lack of a serious debate on clear ways of financing to establish a new economic paradigm different from the current models, based on a budget for renewable energies and benefiting small communities.

On loss and damage, they called for commitment to COP 27 on finance and recognition. That is, to recognize that it is a fundamental pillar of the Paris Agreement and to establish a financial mechanism focused on addressing loss and damage, which many countries in the Global North are resisting, suggesting instead that a process of dialogue and further exploration should be agreed upon first. The Global South urgently needs loss and damage finance to help communities recover from climate impacts.

On this point, they mentioned the advances of this COP, the text of the Santiago Network on Loss and Damage, crucial to helping countries understand what is being experienced and offering technical advice on how to address it. However, without an accompanying financial mechanism for loss and damage, this network will not be able to achieve its objectives.

Finally, on adaptation, they mentioned that “climate change is a challenge that affects us all, but not equally,” noting that women and girls are the most affected, especially in the Global South, and their voices are rarely heard. For this reason, they called for a greater commitment to environmental justice through adaptation, with concessional funds from rich nations accessible to the most vulnerable communities.

Adaptation should receive greater attention in the Nationally Determined Contributions, as developing countries continue to face institutional, technical and financial capacity gaps with respect to the implementation of adaptation strategies.

In conclusion, the panel mentioned that “there is no time to lose to make the necessary political decisions. We morally support the Parties in pursuing global policies that ensure the early phase-out of fossil fuels, support a just energy transition driven by locally accessible clean energy, and establish new modes of climate finance for Loss and Damage to achieve a future of comprehensive and sustainable development for all. Only in this way can a COP be a step forward in making concrete and far-sighted decisions, undertaken with the younger generations in mind before it is too late and their future is compromised.”