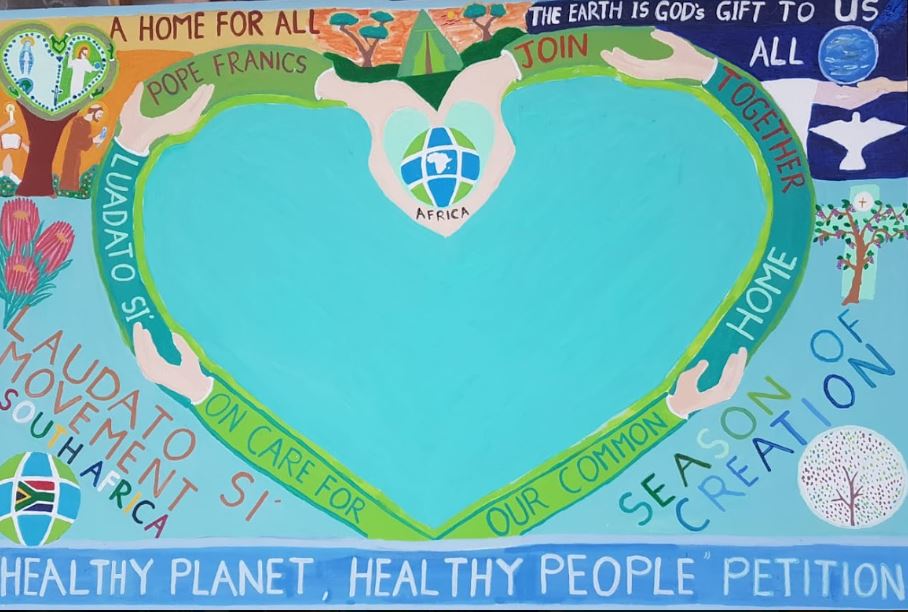 Laudato Si’ Animators Arlette Marais and Jane Overmeyer share much more than a friendship. They both belong to St. Mary of the Angels Catholic Church Athlone in Cape Town, South Africa, and their commitment to taking care of our common home has spread like wildfire through their congregation. Their church community is taking action as they walk a synodal path on their ecological conversion journey. 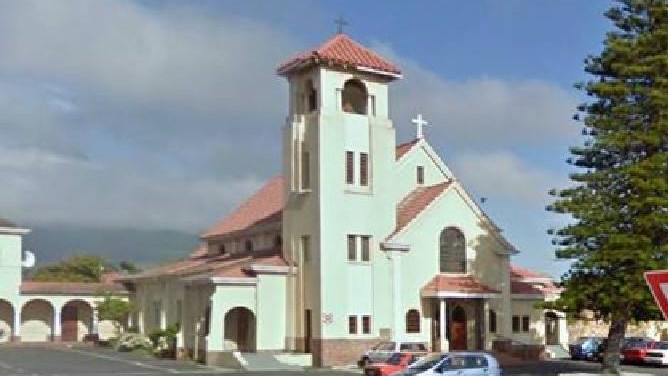 The backdrop for an ecological conversion

Animator Arlette tells us the background of their ecological conversion story… 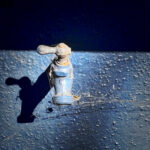 We were basically “forced” into a form of conversion during the water crisis we were going through in the Western Cape, South Africa during 2017. Our dams were at risk of running dry due to very dry seasons we had experienced. We were all bracing ourselves for a “day zero”, the point when there would be no water from the dams to feed into our taps. Our local government had been putting plans in place for us to start queueing at trucks to fetch water. They also put various restrictions in place, depending on the level of the water. E.g. maximum of 25 liters of water per person per day.

In order to preserve the water we had, residents were given access to springs (taps had been fitted by the government for easy access to the spring water). Those who wanted to could queue for water there. Residents were also asked to use water sparingly and to reuse what they could. Thankfully, we avoided a situation of day zero with good rains in 2018. 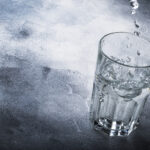 Some of the creative ways water was saved:
*2 minute showers
*No bathing (showers only)
*“When it’s yellow, let it mellow. When it’s brown, flush it down.” (the truth!)
*Reusing bath & washing water on plants/elsewhere
*Using basins with very little water to wash dishes.

Ecological Conversion at the parish level 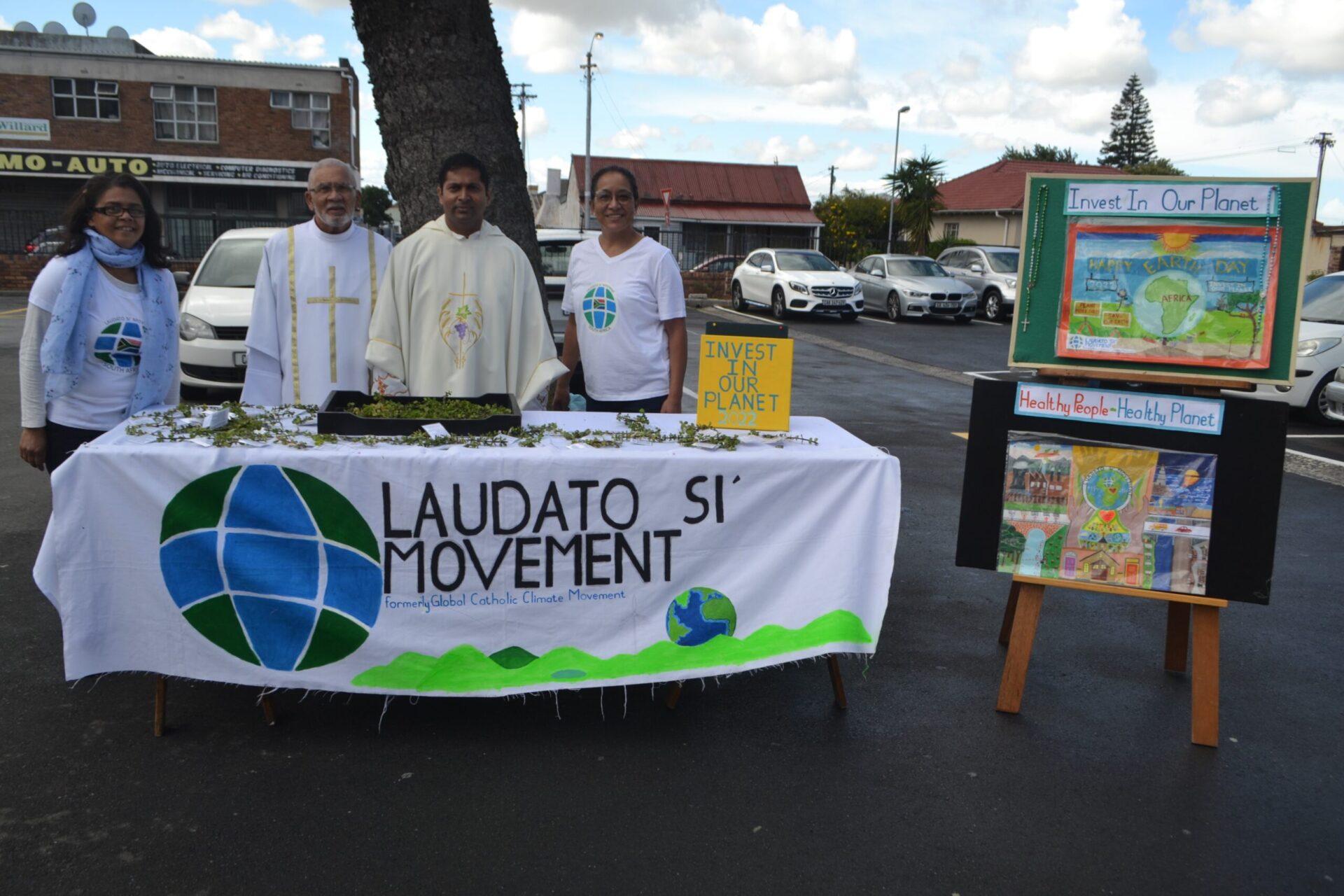 From an Archdiocese information session on the Laudato Si’ encyclical, some care for creation initiatives were introduced at St Mary of the Angels. 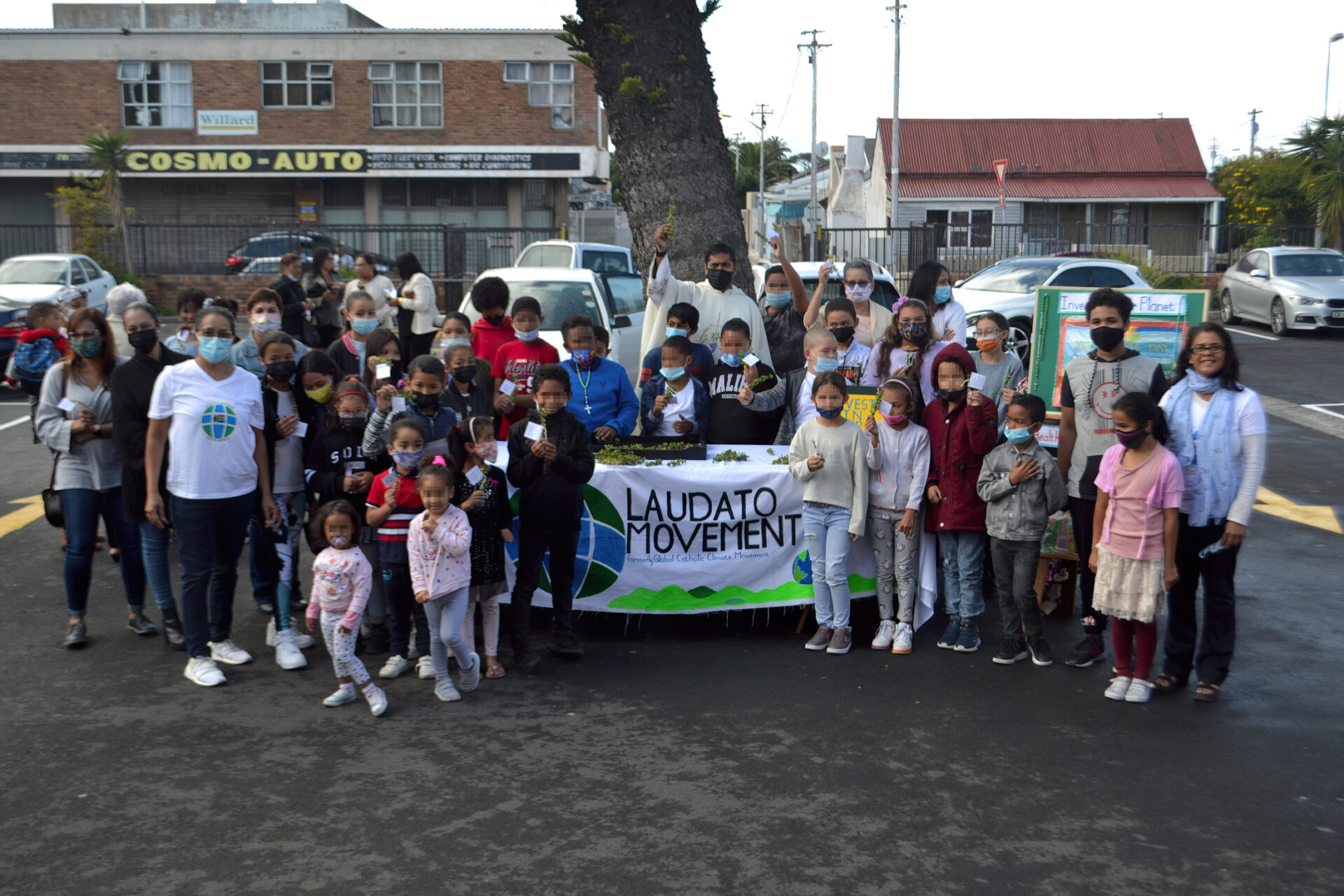 In 2020, when the pandemic hit, any further possible drives came to a standstill.

“The lockdown was the period when my CONSCIOUS ecological conversion started developing.”

There were many online services offered during the lockdown. Parishioners received an email about the Laudato Si’ Animators course–a free 4-week online course after which one could receive international certification. Arlette jumped at this opportunity, completed the course, did four Capstone events, and has not stopped since.

“This is when my Laudato Si’ journey started.” 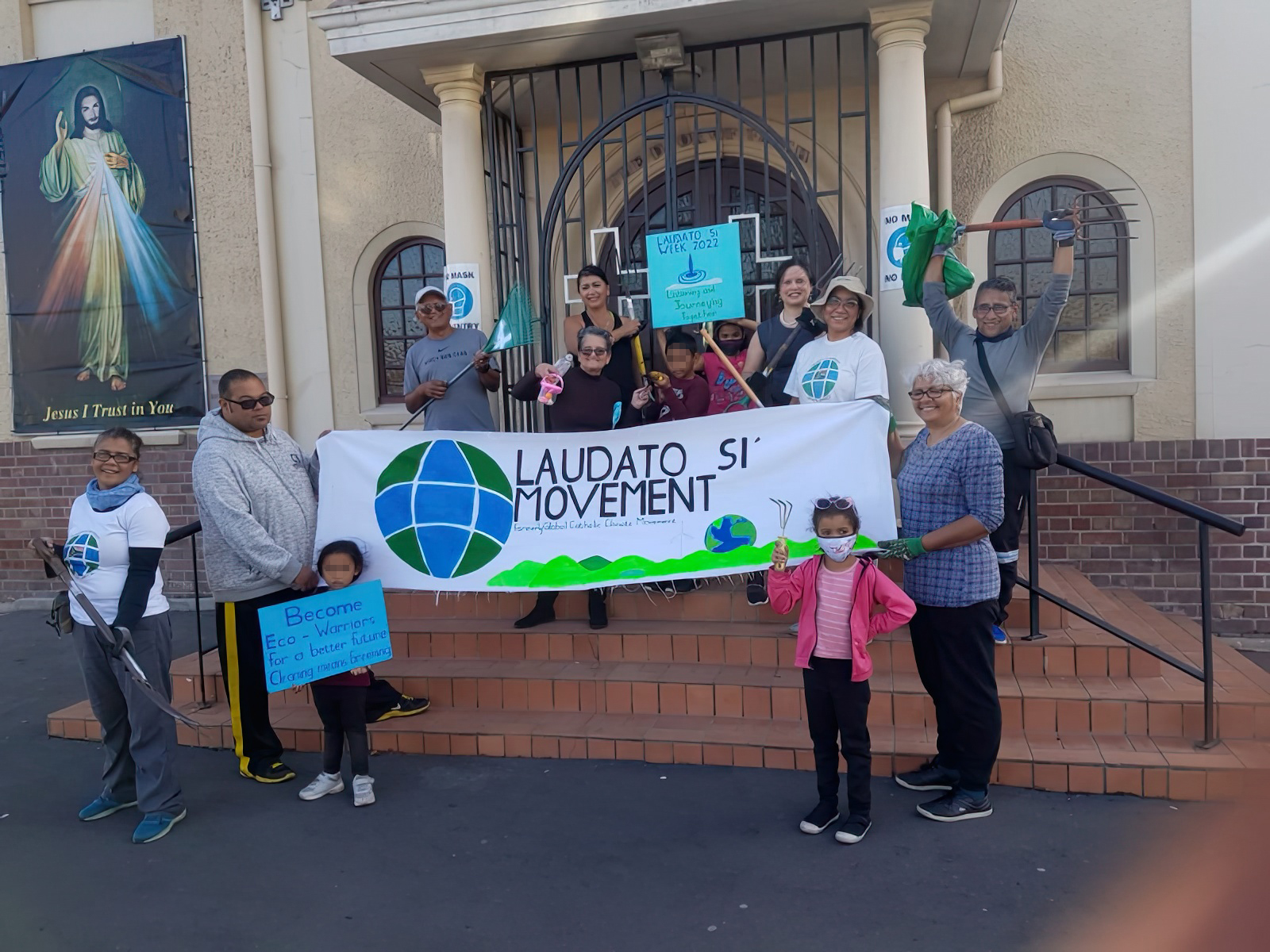 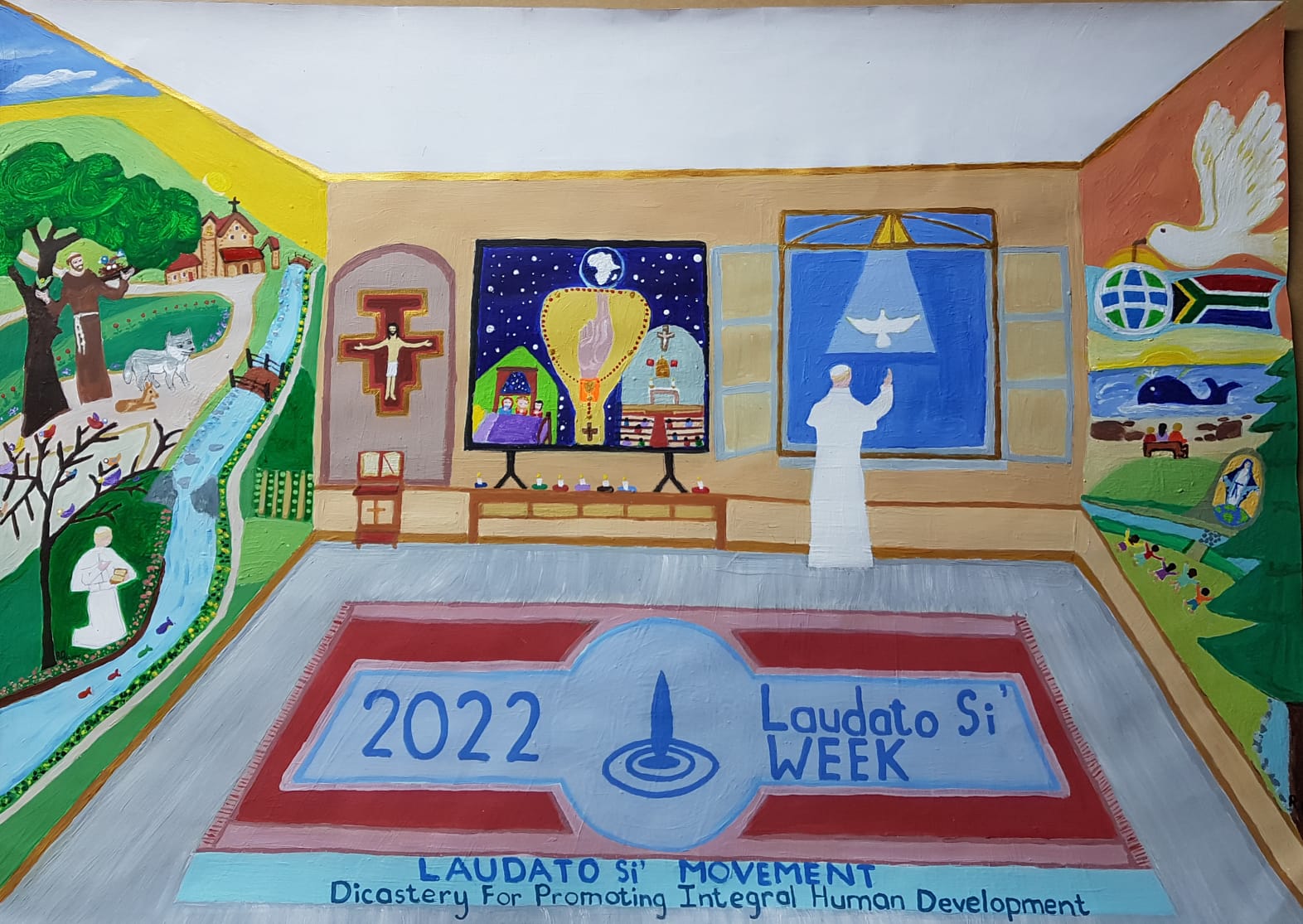 St. Mary of the Angels has continued their ecological conversion journey despite pandemic-related setbacks. Some  Laudato Si’ Week 2022 events and initiatives: 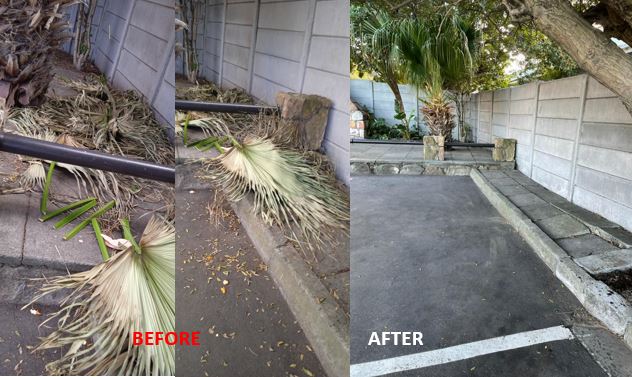 What Season of Creation means to the community

Our “Caring for creation” journey has become huge and has opened my eyes to the damage that we have done and continue to do, despite the warnings we have received. For me it has become a way of life. I see little seeds from fruit or vegetables in a different light, and save them to plant out. Seeds mean life. Season of Creation has become an opportunity to place focus on ALL of creation. 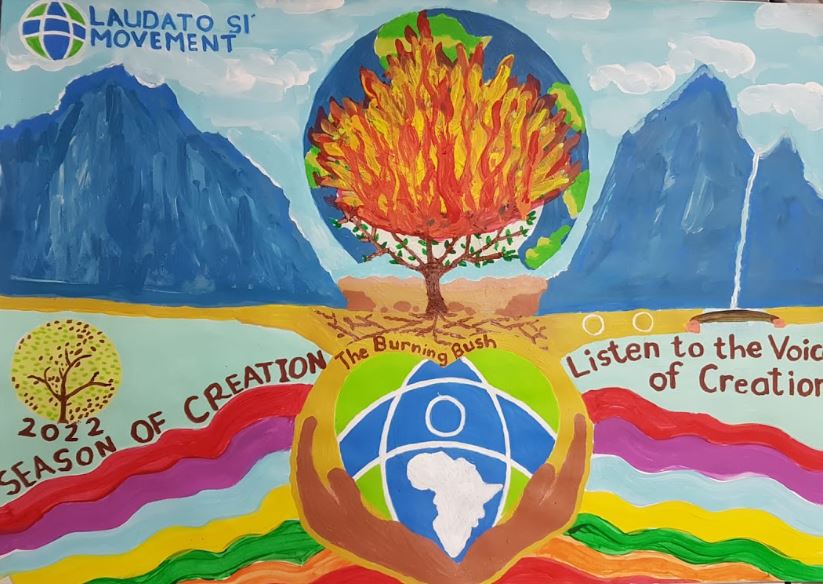 Celebrating the Season of Creation is important in our parish. It is an opportunity for all our parishioners to partake in initiatives and live our Catholic Social Teachings. Our parish council and priests have always supported our initiatives. We pray that a conscious caring for creation becomes a permanent way of life for everyone. Our Archdiocese will also be placing a huge focus on SOC and has a group discussing how more parishes can get started on initiatives.

Members of St Mary of the Angels have come together and proposed ideas for the upcoming Season of Creation: 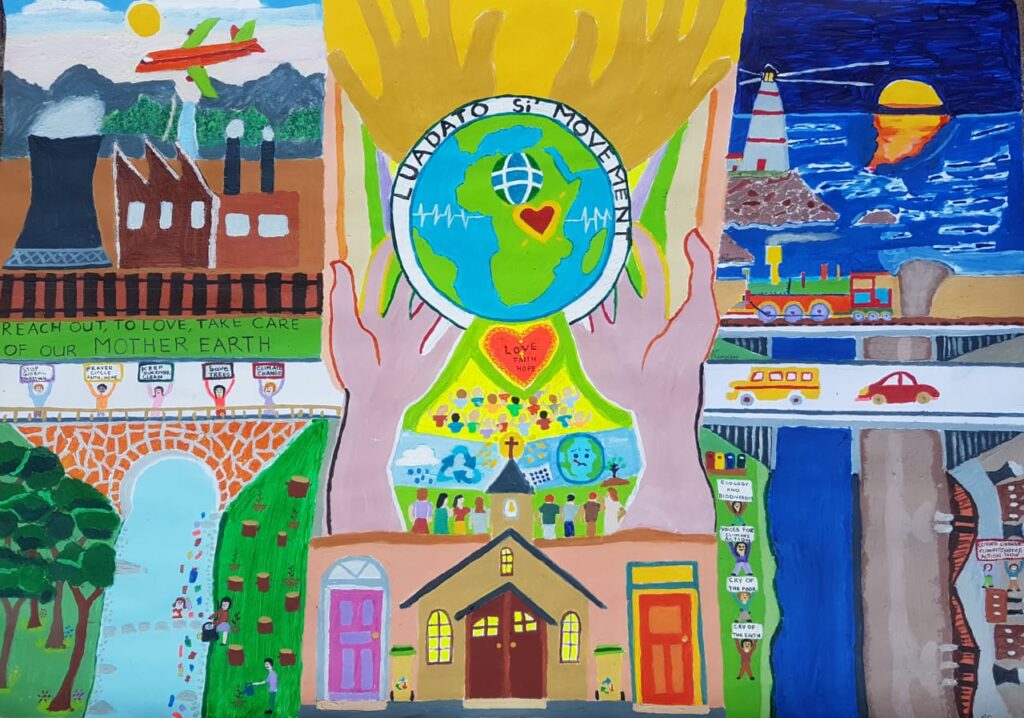 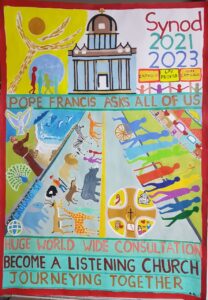 “Everyone’s talents and involvement are needed to redress the damage caused by human abuse of God’s creation” (LS 14).

In addition to being an integral part of St Mary of the Angels’ collaborative efforts, Animators Arlette and Jane use their creative talents to bring Laudato Si’ to life.

Read Arlette’s poems: “Day Zero“ and “Our Home for All”
Jane’s artwork depicts images from Laudato Si’ and its key messages. In her interview with LSM, she tells us about her ecological conversion and her involvement in the synoday journey to care for our common home.

Join us for Season of Creation 2022