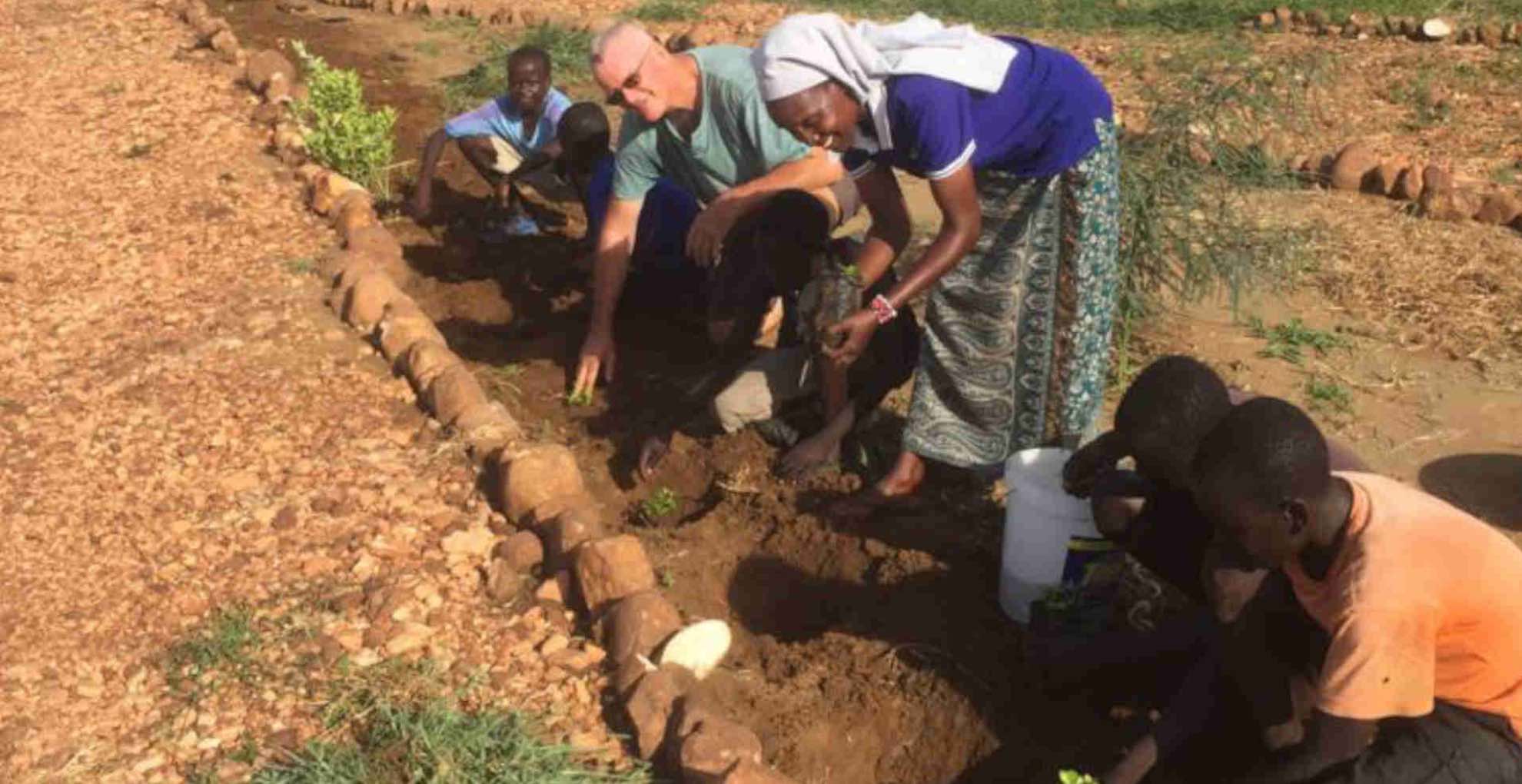 Father Tim Galvin of the Laudato Si’ Movement has received an international award and financial grant for his work in bringing Pope Francis’ Laudato Si’ encyclical to life in South Sudan.

Fr. Galvin has been honored with the Individual Climate Action Award by Misean Cara, an international and Irish faith-based missionary movement. The award comes with €2,000 to help spur further action. Fr. Galvin, who’s from Ireland, has served in Riwoto, South Sudan, for the Saint Patrick’s Missionary Society since 2014.

In 2020, Fr. Galvin felt increasingly worried about the climate crisis but was inspired by Pope Francis and Laudato Si’ and enrolled in Laudato Si’ Movement’s Laudato Si’ Animator training program. Through the free six-week course, he received the tools he needed to lead his community in caring for our common home.

“Laudato Si’ is giving us a blueprint of how we can change and protect creation,” he said in a story featuring his work.

Since graduating from the program, Fr. Galvin has led his community in Riwoto to grow indigenous plants, which improves their food security as most is imported from Kenya. He also has helped his community plant trees to help prevent future flooding and grow nurseries to cultivate indigenous trees, including thorn, tamarind, and paw paw.

But Fr. Galvin also has learned from the people of South Sudan and their knowledge of local plants and their medicinal purposes.

Don Lucey, Projects Officer for Livelihoods at Misean Cara, said the award is given based on seven criteria, including involvement of the community and environmental impact.

“We were very impressed by Fr. Tim Galvin’s project in South Sudan. The fact that he actually signed up to become a Laudato Si’ Animator was actually quite impressive,” Lucey said. “The more of these projects and the more of Fr. Tim Galvin’s activities that we have, the better the world will be and we can actually turn around this climate crisis.”

Fr. Galvin said the award will encourage them to continue caring for God’s creation. Later this year, they plan to join the global Catholic family in celebrating the 2022 Laudato Si’ Week in May and the ecumenical Season of Creation, which starts September 1.

Fr. Galvin said: “It will encourage us not to give up in our campaign regarding climate change, to do whatever we can do and try to do something every day which can make a difference.”

So inspiring. I am impressed.a