Pope Francis on the Season of Creation: “it is an opportunity to cultivate our ecological conversion” 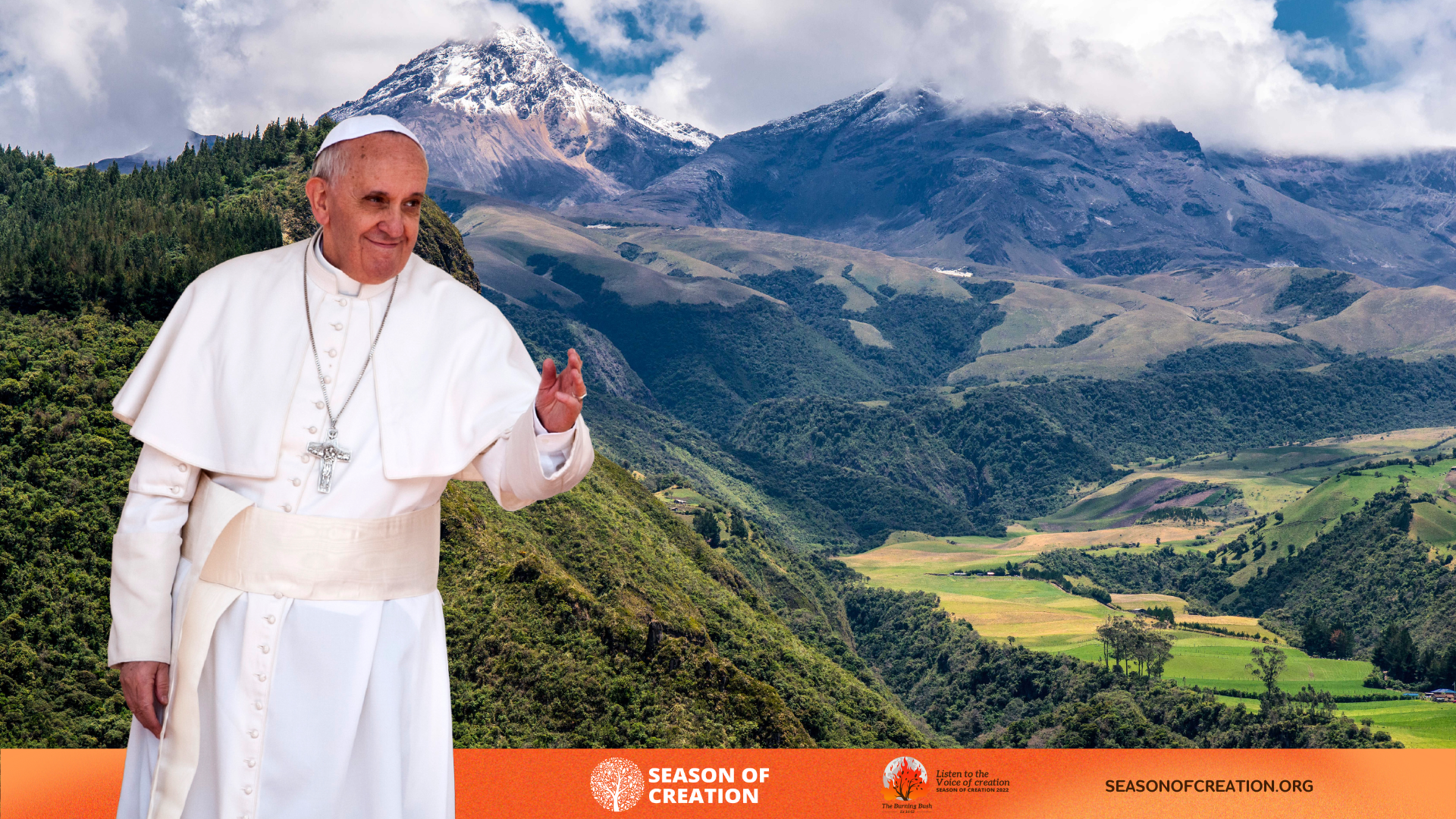 The Supreme Pontiff’s message for the 2022 Season of Creation was presented, in which he asked that “we return to pray in the great cathedral of creation, enjoying the “grand cosmic choir” of innumerable creatures singing praises to God.”

(Rome, 07/21/2022). Pope Francis pointed out that the upcoming United Nations Climate Change Conference (COP27) represents an “opportunity to work together for an effective implementation of the Paris Agreement.” In this regard, he indicated that for this reason he arranged for the Vatican City State to “adhere to the UN Framework Convention on Climate Change and the Paris Agreement” in the hope that humanity will be remembered for having assumed its grave responsibilities for the impact of climate change.

When his message for this year’s Season of Creation was released today, the head of the Church asked “in the name of God” that large extractive corporations “stop destroying forests, wetlands and mountains, stop polluting rivers and seas, stop poisoning people and food.”

Participating in the press conference held in the Holy See Press Office were the Prefect of the Dicastery for Promoting Integral Human Development, Cardinal Michael Czerny; the Deputy Executive Secretary of the International Union of Superiors General (UISG), Sr. Mary John Kudiyiruppil, SSpS; the Bishop of Kidapawan, Philippines, José Colin Bagaforo, D.D.; and the Associate Director of the Laudato Si’ Movement, Christina Leaño.

Leaño, a representative of the Movement that represents millions of Catholics in the world, assured that they will demand at the next UN summits on biodiversity and climate “a necessary community reconversion to adopt a new multilateral agreement that will stop the destruction of ecosystems and the extinction of species.” They will also call for “more ambitious national contributions to reduce net greenhouse gas emissions to zero as soon as possible.”

The Season of Creation is a period that brings together the entire Christian community worldwide to pray and take action for the care of the environment. It begins on September 1 with the World Day of Prayer for the Care of Creation and ends on October 4 with the feast of St. Francis of Assisi. It was established by Ecumenical Patriarch Dimitrios I, in 1989, when he proclaimed September 1 as the Orthodox Day of Prayer for Creation. Years later, the World Council of Churches (WCC) extended the celebration to October 4, the day on which St. Francis of Assisi, patron saint of the environment, is celebrated. For his part, in 2015 Pope Francis made the Season of Creation official for the Roman Catholic Church.