Spain launches The Letter in Madrid with over 30 organizations applauding 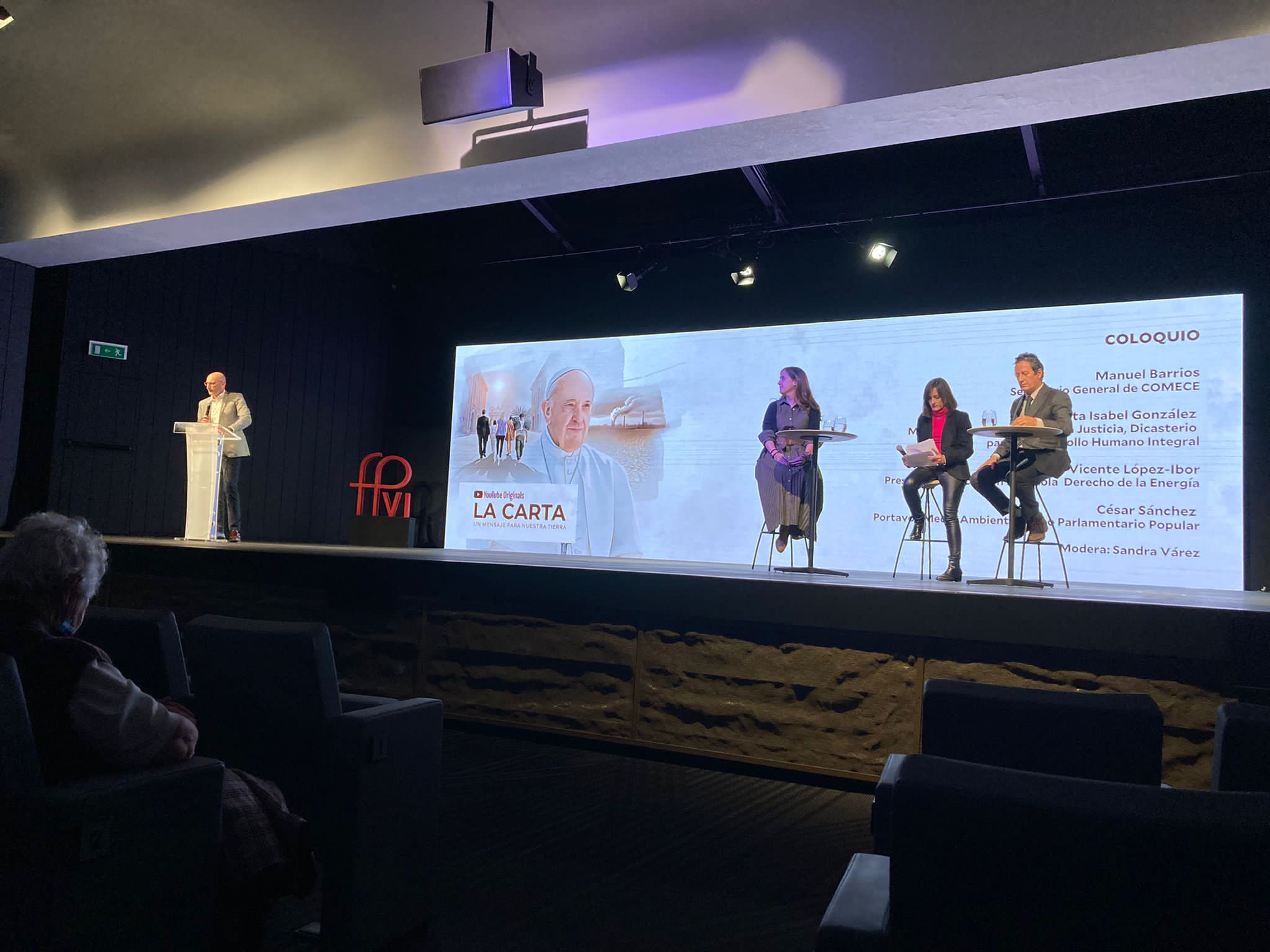 See the panelists in the post-film discussion in this recording of the event from the Paul VI Foundation.

Madrid residents, members of The Spanish Episcopal Conference, The Paul VI Foundation, Connect Yourself for Justice, the Diocesan Commission of Integral Ecology of Madrid (CDEI),  and Laudato Si representatives gathered at the Paul VI Foundation Auditorium in Spain on November 16 for the country’s launch of The Letter: A Message for Our Earth followed by a discussion with policy experts and civic advocates.

Even though the Catholic Church’s message around integral ecology isn’t new, emphasized Marta Isabel González Álvarez from Connect Yourself for Justice and the Dicastery for Promoting Integral Human Development, Pope Francis has had the “audacity” to link to this message to evangelization and current events in the world.

Isabel González Álvarez shares her reflection on stage and on Twitter.

Vicente López-Ibor Mayor, President of the Spanish Association of Energy Rights, agreed with Isabel González Álvarez noting that the film does so by calling politicians into direct responsibility for the planetary crisis.

“We can’t lose sight of the final objective, which is the urgency for changing our models for making the world more sustainable for future generations,” stated Manuel Barrios, Secretary General of the Commission of the Bishops’ Conferences of the European Union (EU), which represents the Catholic Church in the EU.

An attentive audience watches the film and listens to the observations from each panelist.

Another participant, César Sánchez, Party People Group Spokesperson for the Environment, connected to the event from the COP27 conference unfolding in Egypt. “With a scientific basis,” Pope Francis calls for “moral reflection” that goes beyond ideology because it affects all of humanity.

Indeed, the film screening attracted more than 30 organizations, speaking toward the diverse nature and coalition inspiring nature of the film. From Egypt to the United Kingdom to Brazil, screenings have echoed the message The Letter delivers to our common home, the Earth, with resounding celebration in Spain for those who attended this latest screening in Madrid.