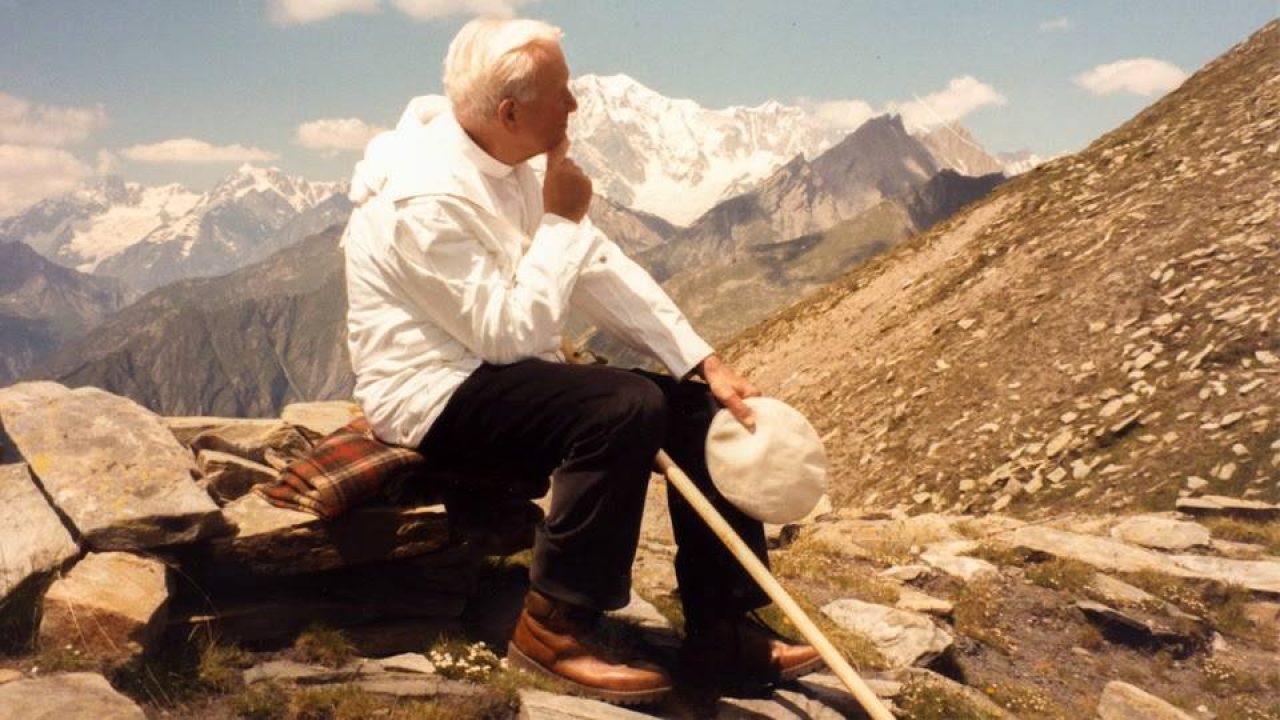 The journey in the footsteps of the Gospel continues on this Sunday, world day of lepers, with a passage that represents the conclusion of last Sunday’s Gospel. A text that can help us to look inside ourselves, in our everyday leprosy, and make us listen to our most sincere desires, understanding why sometimes this leprosy does not really disappear.

Jesus begins by saying: “Today this Scripture has been fulfilled in your hearing”. Last Sunday we saw the meaning of the word “today”, which in this passage appears for the first time in the Gospel of Luke, and will be pronounced by Jesus seven times until the last “today” pronounced on the cross, when he will declare the first saint who enters Paradise, the criminal crucified by his side. “Today” is the call of the Gospel, the call of Laudato Si’, which invites us to leave the desert of Nazareth towards the garden of Golgotha, to make our planet, in listening to the cry of the earth and of the poor, a garden rather than a desert. The previous reference to Leviticus, in the passage of Isaiah read by Jesus from the scroll, is a proof of this request for a more just and healthier world.

Today it is the kairos which makes choices, to live this “year of grace” promised by the passage of Isaiah. The fulfillment takes place “in the hearing“, in each of us who listens to it and puts it into practice! The fulfillment, which as an effect has the liberation of slaves, sight to the blind, and in some way the disappearance of leprosy in the world, can be achieved by us today without waiting for a magician to fix everything in an indefinite future. The people present in the synagogue marvel at Jesus’ words. If you think about it, he doesn’t give a long sermon, but he says a short sentence, but the words are full of grace. People are reached by the desire to be made free, to see. It happens, however, that the most instinctive joy immediately creeps in the doubt: the Lord’s anointed cannot be him, he cannot come from Galilee, we know him, we know his family. He has too humble origins, the scandal is that this word is realized in any man. It was more effective to arrive with “special effects”, but the understanding of that salvation comes from God who chooses to live in our limitations and our fragility, we really struggle to understand this!

Instead, the wisdom and power of God are manifested in the limit, in the cross, in Love. Also “today”. And even today, we struggle to contemplate this truth, to rejoice in this truth, as happened in the synagogue of Nazareth. People demand Jesus signs, like those made elsewhere. The demand is the opposite of the expectation, the destruction of trust, of the gift. For this reason Jesus responds to the demands by saying that he cannot offer them the gift. In Capernaum, like the widow in Sarèpta of Sidòne or in Naamàn, the Syrian, the important thing is not that they were foreigners, but the fact that they did not demand any  signs. What was accomplished was a gift, free and appreciated. Salvation is a gift, it cannot be expected. The result of our demands is anger.

They drive him “out of the town“, here too a prefiguration of the passion, when Christ will be crucified in a garden outside the city. They lead him to the edge of the mountain, as when he will eventually go up to Golgotha, led by the crowd beyond his strength. They want to throw him down, as in the end they will want to throw him into hell, raising him on the cross. But what does Jesus do? His gesture leaves us speechless: “But he passed through the midst of them and went on his way“. Walking like to continue, to follow a road, passing in the middle, not running away. Even in our misunderstanding, Jesus always stands by our side. We have said that the whole Gospel of Luke is a great journey, and this passage that opens the preaching of Jesus shows itself as a journey. Last Sunday’s passage, which is the first half of this one, opened with the expression “he came to Nàzaret“, and ends today with Jesus always on the way.

This Sunday, on our journey towards an ecological conversion, we are all called to look at ourselves in the people of Nazareth, in our leprosy: how many times, at our side, are we scandalized by prophets who bring us the word of the Gospel? How many times do we struggle to recognize God in the limit, in the fragility of those who pass us by, of the Creation that speaks to us with God’s signature? This Sunday we are all invited to stop at the initial wonder of the people of Nazareth, at the thirst for our most beautiful desires, and trust in God with the simple gaze of the little ones, without insinuating doubt with our false certainties, which lead us to say: “Is not this Joseph’s son?” It almost seems to see the image of the young Francis, just converted, who met the skepticism of his fellow villagers in the streets of Assisi, who saw him begging for alms: “Is not this  the son of Pietro di Bernardone?”

Faced with this skepticism, let us allow ourselves to be accompanied instead by the words of the Poverello, who in his stupendous periphrase of the Our Father says: “Thy kingdom come: so that you reign in us through grace and make us reach your kingdom, where the vision of you is without veils, your love is perfect, the communion of you is blessed, the enjoyment of you is endless “(FF 269). We ask the Lord for the gift of the kingdom of God today, which can be fulfilled in our hearing, only if we wish. We sincerely wish you a happy Sunday.

Antonio Caschetto is the Italy Programs Coordinator for Italy for the Laudato Si’ Movement. He is an architect and also a member of the movement’s eco-spirituality team, and he regularly leads pilgrims in retreats in the Franciscan sanctuaries of Assisi, where he lives with his wonderful wife, Angelica, their two beautiful sons, Francesco and Emanuele, and their Spinone dog, Jumpy.