The Letter screening at COP27 represents alliance of faith and science

Panel members and delegates watch The Letter at COP27

Several faith, policy, and scientific leaders gathered at The Climate Registry at the Sharm El Sheikh International Convention Center on Friday (11 November) for another screening of the film The Letter: A Message for Our Earth at COP27. The event, which included a panel discussion with various leaders, was co-hosted and moderated by Amanda Ellis, Senior Director at Arizona State University and former New Zealand ambassador to the UN.

Following a clip of the film, Ellis asked Cardinal Fridolin Ambongo, Archbishop of Kinshasa, Democratic Republic of the Congo, what he understands the role of the church to be in the planetary crisis. Cardinal Ambongo shared that “the church plays a role in recognizing the suffering of the Earth. It is a prophetic role and not a technical role when it comes to taking care of the Earth. We need to be both looking out for and looking after the planet.” 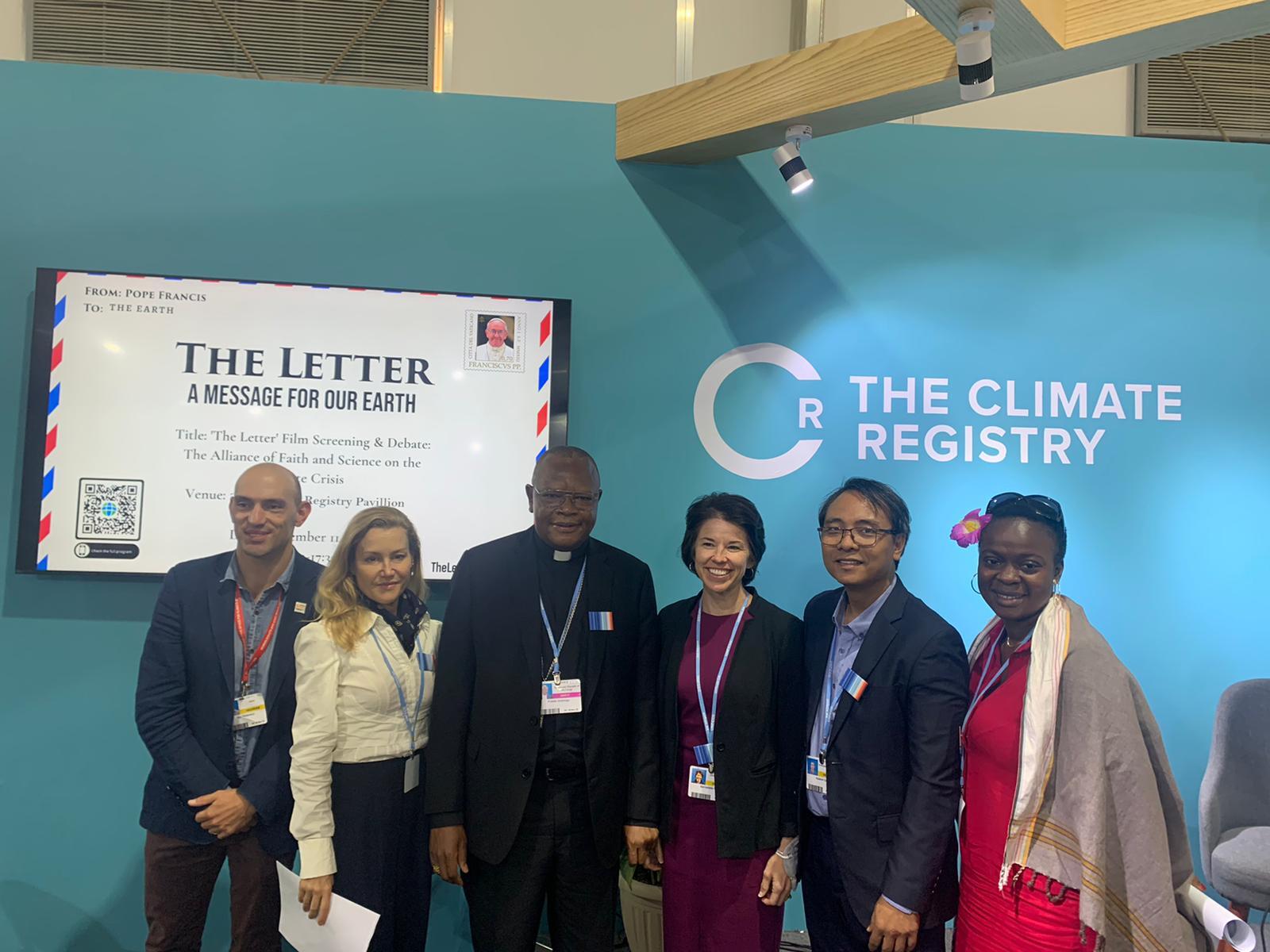 Bernadette Woods-Placky, Chief Meteorologist of the Climate Matters program, echoed some of Cardinal Abongo’s concerns from a scientific perspective. “They [emissions] are wiping out entire crops that we eat and where we are getting out water…Science is going to guide the solutions. It’s unique that we know what the problem is and we know how to fix it.”

Scenes from The Letter offered an intimate look into the lives impacted by the climate crisis and Pope Francis’ own distress around both human and planetary exploitation. Alex Rafalowicz, Director of the Fossil Fuel Non Proliferation Treaty, remarked that “If we are going to confront the climate crisis…then we do need to see that the countries who have caused the most harm act first to constrain that problem.”

Asked how Laudato Si’ makes a moral call to “all people of goodwill” to take action on the climate crisis, Yeb Saño, board member of Laudato Si’ Movement and Executive Director of Greenpeace SouthEast Asia suggested that “those who will be on the right side of history and the wrong side of history” when it comes to climate conversations and decision.

Indeed, Sano emphasized that the Pope’s message in the film and the encyclical is not only for Catholics, but also to all people who want to be safe and free from fear and want. Sano’s comment is underscored by the fact that The Letter, which has had more than 8 million viewers since its October premiere, has now screened across the world.

“There is a problem in the atmosphere but there is an even bigger problem in our hearts.” Powerful words @YebSano at the second #TheLetterFilm screening at #cop27