With its 70th anniversary, Caritas Internationalis launches “Together” campaign 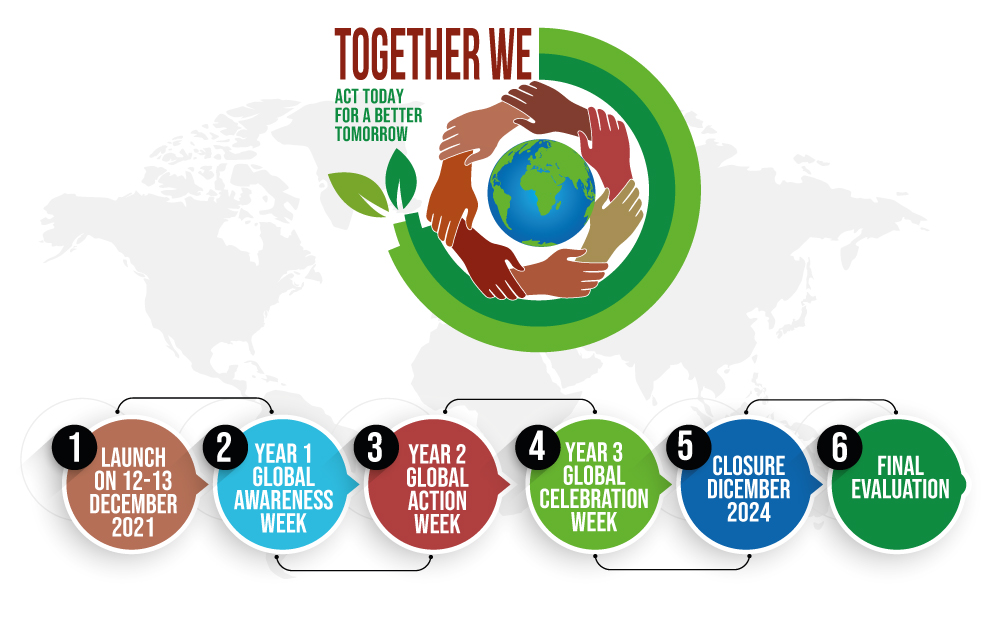 Cáritas Internationalis celebrated its 70th anniversary on Sunday, 12 December and launched a worldwide campaign under the slogan “Together, acting today for a better tomorrow”, inspired by the encyclicals Laudato Si’ and Fratelli Tutti.

It is a proposal to raise awareness among communities to take care of the common home and the poorest and most vulnerable, who suffer most from the consequences of social and environmental degradation.

With a conference at the Pontifical Urbaniana University of Rome, the four-year global campaign was inaugurated on Monday, December 13. “The new name for poverty is the ecological crisis,” said Aloysius John, secretary general of the organization.

“As Caritas our work will continue to serve the millions of people suffering the consequences of climate change and promote ecological conversion,” he added.

To this end, three different moments are planned: 2022 will be dedicated to creating awareness, while 2023 will focus on the actions that should be carried out by the communities that are mobilized. Finally, in 2024, successes will be celebrated and good practices will be shared among the different communities.

After the Angelus prayer on Sunday, Francis greeted the Caritas members present in St. Peter’s Square: “Caritas is the loving hand of the Church throughout the world for the poor and the most vulnerable, in whom Christ is present.”

The Pope invited the members to “continue their service with humility and creativity, to reach out to the most marginalized and to foster integral development as an antidote to the culture of waste and indifference.”

Caritas Internationalis came into being following a constituent assembly in Rome, at the request of Pope Pius XII, on December 12, 1951, with 13 members. Today it encompasses 162 national Caritas organizations and is presided over by Philippine Cardinal Luis Antonio Tagle, making life more bearable for the poor and vulnerable in 200 countries and territories.