A Climate Story From COP27 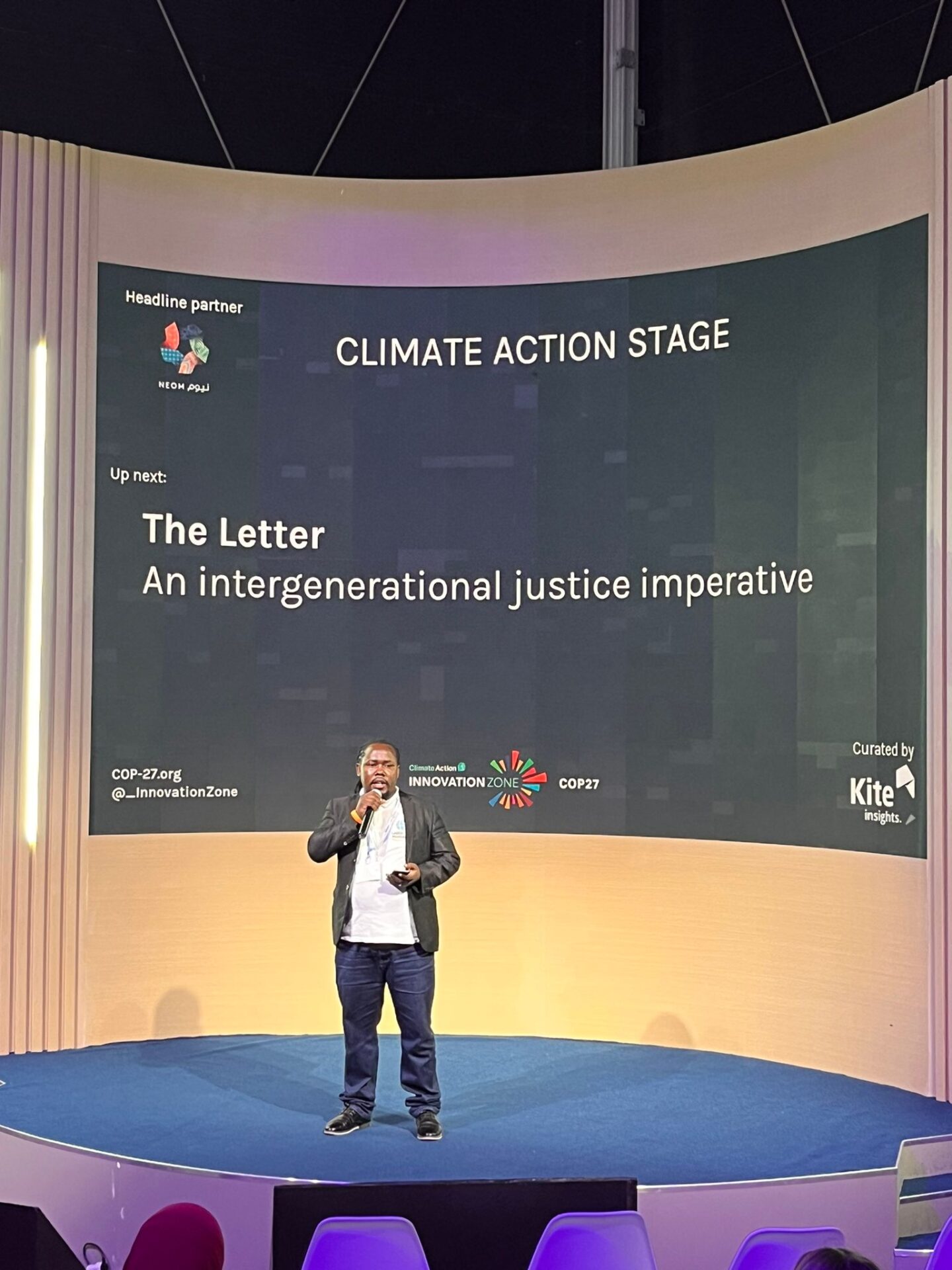 COP27, touted as the most attended by delegates of all COPs, drew over 35000 delegates from across the globe, from the civil society to the the governments to the faith based institutions and to the fossil fuels industry and ironically, with a sponsorship of the Coca Cola company, a multinational responsible for almost half of the global plastic pollution; there was free a “soda” for everyone, or at least those who cared to drink.

A few days ago, a friend of mine asked me whether it is or was worth attending, or having these big UN conferences or the COPs? Another colleague, in a different space, retorted that COPs and the big UN conferences are a waste of time, that nothing good comes from them! Maybe, of the over 35000 people who attended COP27 in Egypt this year felt the same, or rather, some felt disillusioned.

Dialogue is the greatest gift that humanity can use to solve our huge percentages of stalled relationships: wars, climate change, political instability, global inequalities among others. In fact, a dialogue approached with a pure and open heart without hidden human greed and selfish expectations will always achieve goals with far reaching effects for the benefit of humanity and for our entire common home. Dialogue is, will be, and should the only way to resolve the conflict between Russia and Ukraine, the conflict in Ethiopia’s Tigray region, the plight of Mozambique’s refugees or the global climate change discos.

In Pope Francis’ Encyclical Laudato Si on the Care for our Common Home he opines, “  The Catholic Church is open to dialogue with philosophical thought: this has enabled her to produce various syntheses between faith and reason.”#LS63.

Being part  of the team representing Laudato Si Movement at the the COP27, we were able to participate in different types of dialogues with people including one on ones with several delegates who visited our official both at the Blue Zone, attending and organizing side events, joining people of other faith in peaceful processions, presenting as panelists in high level meetings, using the new media for communication among others.

The Climate Innovations Zone became one such space where the Laudato Si Movement held a public dialogue through the screening of the film, “The Letter ” with a focus on the life of the Senegalis protagonist, Arouna Kande and the changing life event of his meeting with Pope Francis and the other protagonists from across the Globe. The panelist during the screening included a Ugandan youth leader Innocent Odongo, who now serves as the Secretary General and the Chief Executive Officer at the International Young Catholic Students (IYSC) Movement alongside Collins Lungu, the Laudato Si Zambia chapter leader and the national coordinator at Zambia Youth Environmental Network. 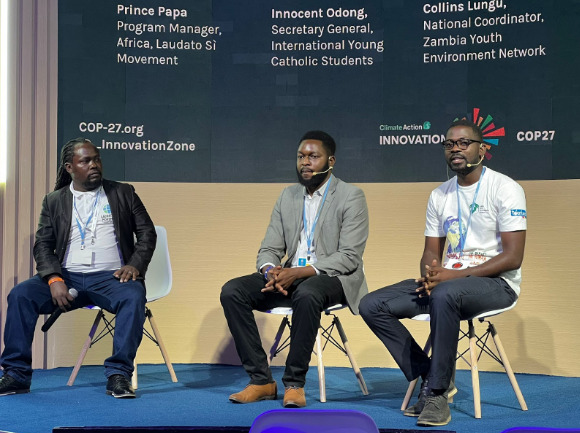 In his reflection and final submission, Innocent Odongo reiterated that climate change impacts each of us differently, be it from the global north or from the global south and that what we need now is an open dialogue to redress the most pressing urgent issues on loss and damage. Collins Lungu in his rejoinder added a call for a rapid deployment of climate finance which would greatly improve on the already severe situations of his farming community in Zambia.

At a similar dialogue event during the official negotiations, there were some gains and losses to the climate campaigners and CSOs. Notable gain worth mentioning and linking it to the Senegalis protagonist from “The Letter” is the inclusion of the “Loss and Damage Clause in the outcomes. Having  Loss and Damage inclusion in the final cop27 text  is of greater importance to the global south, especially the people from Africa, who have and continue to suffer from the impacts of climate change despite having contributed the least to its cause. As reiterated by our two panelists, Innocent Odongo and Collins Lungu, the majority of Africans are living daily below poverty lines after having suffered from repeated cyclical droughts and flooding-factors attributed to climate change.

The Loss and Damage text might be blank without clear directions and obligations to be met by the west and developed nations but through continued dialogues from our open hearts we shall make this happen. This is and should be our nobility as human beings, with endless possibilities when we open up summing it up with Pope Francis in Laudato Si whos says, “Our openness to others, each of whom is a ‘though’ capable of knowing, loving and entering into dialogue, remains the source of our nobility as human persons”.#LS119.