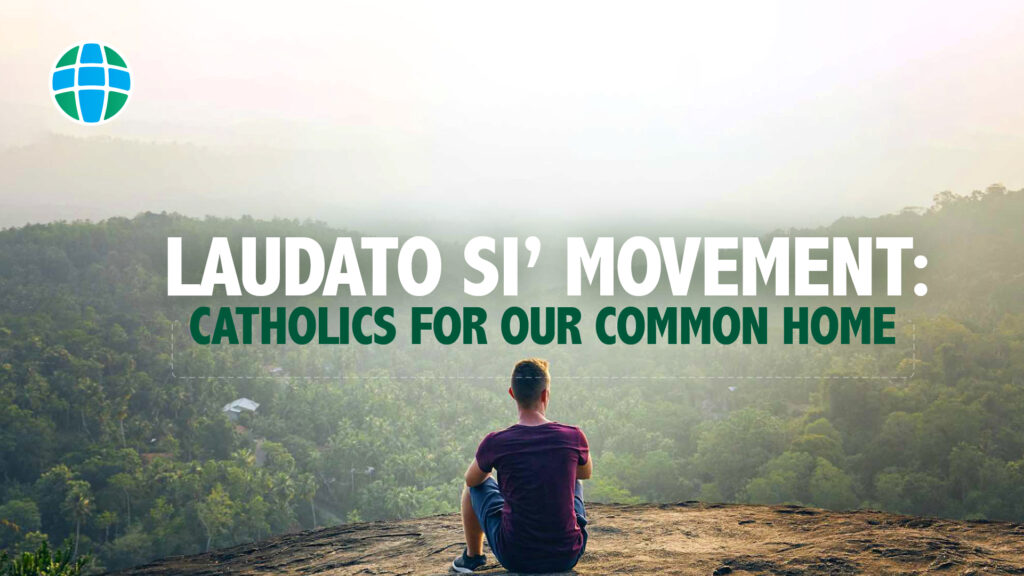 Every January 15th we celebrate one more year of life as the Laudato Si’ Movement, remembering Pope Francis’ visit to the Philippines after Super Typhoon Haiyan. [You can read more about our founding history in the “who we are” section of our website].

This 2023 marks our 8th anniversary, with many recent changes that have been accompanied by a great discernment process over the last few years. The most important change occurred on July 29, 2021, when the Global Catholic Climate Movement became the Laudato Si’ Movement.

It was a historic event for the more than 12,000 certified Laudato Si’ Animators and 800 Member Organizations that make up this movement on six continents. By adopting this new name, our identity as a movement became more clearly reflected.

As part of the transition, our initial logo bore the tagline “formerly the Global Catholic Climate Movement.” But then it changed to our new motto: “Catholics for Our Common Home.”

It’s worth noting, however, that while we identify as a Catholic movement, Laudato Si’ Movement eagerly works with other Christians, other faith communities, and social and environmental movements as a single human family. In other words, we are committed to collaboratively caring for God’s creation and our common home with people of all faiths.

During our lengthy discernment process, members mentioned that our work was much broader than “climate,” as we have always been guided by the more holistic approach of the encyclical Laudato Si’ to “care for our common home,” with “ecological conversion” and “integral ecology” at its core. Our spirit of “Contempl-Action” is now also better reflected in our new name and motto.

Later, he added that the name is “a prayer: every time we name it, we’re saying a prayer: Laudato Si’. Praised be the Creator.”

Indeed, the Laudato Si’ Movement is both prayer and action.

Thank you for joining us in this process and helping us to bring Laudato Si’ to life! Happy 8th Anniversary, Laudato Si’ Movement!