The Dicastery team assured them that the Catholic Church stands with the people of Uganda and Tanzania in denouncing the EACOP project and asking the two governments to look into investing in projects that are in line with preserving and caring for our common home, the poor, and the economy. To the multinational institutions still supporting and promoting the use of coal, oil and gas in emerging countries in Africa and everywhere, it’s high time that they divested these funds to the renewable sector. Renewable energy has the potential to drive big economies, create sustainable jobs and bring down the huge electricity bills brought by the overreliance on fossil fuels.

Among the interventions, Fr. Joshtrom noted that “the earth and the poor in Uganda are crying out against EACOP, and if we want a peaceful, sustainable world, we must stop the EACOP and transition out of crude oil into renewable sources of energy”.

Our Catholic social teachings recognise that climate change is a grave moral issue that threatens every living being in our common home. It also has negative impacts on our efforts to protect human life, health, dignity, security, always with a preferential option for the poor, as well as the promotion of the common good of which the climate is a part; to live in subsidiarity and solidarity with current and future generations, to realise peace and to care for God’s good gift of creation.

The significant causes of climate change are human-induced and mainly comprise the excessive and fast-paced consumption of fossil fuels energy. There is no debate as this fact is backed by various scientific studies and the latest 2022 IPCC report.

In Laudato Si’, Pope Francis calls this overuse and fast-paced way of life a “rapidification” whose goals are not geared towards the betterment of the common good or integral development. Moreover, this rapidification can become a source of anxiety, inflicting pain to both the poor and the common good.

In Uganda and Tanzania, our attention has been drawn to grave injustices awaiting the poor and creation through a proposed East African Crude Oil Pipeline in the East African sub-region. The EACOP project is estimated to contribute up to 34 million tonnes of CO2 every year, adding to the already overburdened atmosphere.

Additionally, there are several documented human and environmental rights abuses in Uganda and Tanzania. We have records showing the institutional attacks on environmental and human rights advocates and their affiliated organisations. Creation defenders are valued members of our communities and follow in the footsteps of St. Francis in creating a supportive environment for the coexistence of human beings and other creatures. Pope Francis in the Laudato Si’ encyclical praises civil society organisations and says, “we cannot fail to praise the importance of international agencies and civil society organisations which draw attention to these issues” (Laudato Si’ #38).

All our efforts, united together, have the potential of promoting the Laudato Si Dialogue to every person, and this, we pray, leads to a change of heart so that the world stops the expansion of fossil fuel, biodiversity collapse, and the climate crisis.

Safeguarding the common good and preserving a stable climate for the future– Vanessa, Hilda, and Maxwel and all future generations– is the deep hope of the Dicastery and the way of peace. 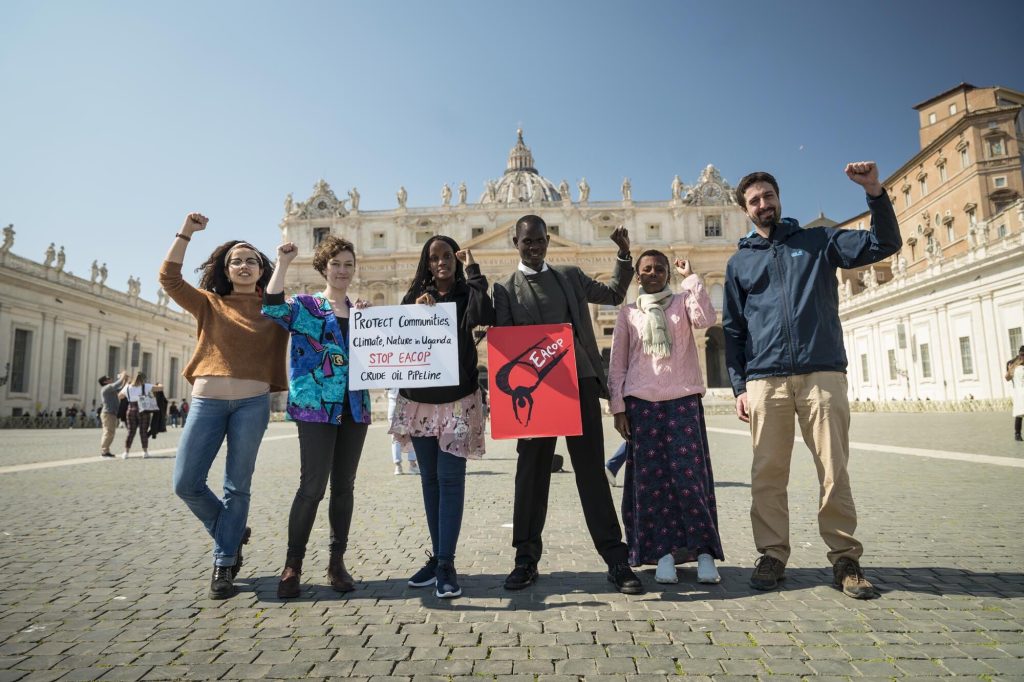