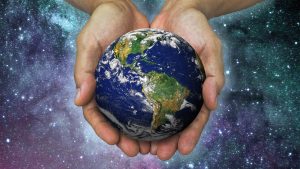 If we want to save our common home, the time to do more is now.

The Working Group III Mitigation of Climate Change IPCC Report adds to an already huge pile of evidence that fossil fuel production needs to be tackled head on and quickly and states that the mitigation measures cannot compensate for delayed emission reductions in other sectors.

Fossil fuels are the primary cause of the climate crisis, accounting for around 85% of CO2 emissions in 2019. Governments are ignoring science and keep expanding the problem. Emissions from fossil fuels have risen by 67% between 1990-2019.

Public and private finance flows for fossil fuels are still greater than those for climate adaptation and mitigation (high confidence), Sixth Assessment Report (AR6) released this week by the Intergovernmental Panel on Climate Change (IPCC) states.

Plans to expand fossil fuel production will blow the carbon budget. The emissions associated with existing and currently planned fossil fuel infrastructure would take us past the 1.5°C target.

But stopping new projects alone isn’t enough.We must phase out existing production. Even if no new fossil fuel projects were built from today onwards, emissions from existing coal, oil and gas infrastructure alone would surpass the 1.5ºC carbon budget by more than 130%.

Governments must work together to make the transition equitable and avoid stranded assets. As a new IPCC report states, “Limiting warming to below 2⁰C will leave fossil fuel resources unburned and strand fossil fuel-related infrastructure. The combined value of the stranded assets has been estimated at 1 to 4 trillion dollars.” A global treaty is required to manage this risk and allow for the transition to happen at the scale required to tackle the climate crisis.

Full of diversity and complexity, nature underpins our economies and our societies. Recently, at UNEA 5.2 and the preparatory talks for the UN Biodiversity Conference(COP 15), there has been a rally call to live in harmony with nature and an emphasis to tackle both climate and biodiversity crisis together.

Collectively, we have the knowledge, technology, and resources, across all sectors, to protect and restore our natural world by making the transition to a nature-positive future that will benefit our health, our economies and our future. “We can’t wait to protect enough habitat and sequester enough carbon to stay below that critical line of 1.5°C.”

“The simplest, cheapest thing that we could do to stay below 1.5 degrees, is to protect 50% of the earth’s surface, terrestrial, marine and freshwater.” -Eric Dinerstein, Director of the Biodiversity and Wildlife Solutions program at RESOLVE.

However, It is not too late to bend the curve of biodiversity decline.  Actions like the war in Ukraine and the rising price of fossil fuels underscore the need for new bold proposals like the Fossil Fuel Non-Proliferation Treaty to phase out oil, gas and coal and rapidly move the world towards cleaner, safer, distributed energy solutions.  at least 50% of the planet for nature is the fastest, most efficient action we can take toward solving the twin crises of climate change and extinction, and protecting the livelihoods of 1.6 billion people.

“For some time we’ve been speaking on the Fossil Fuel Non-Proliferation Treaty. It will address most of our crises – climate crisis, biodiversity loss, ecological crisis in general and a question of peace,” Fr. Joshtrom Isaac Kureethadam, Coordinator of Ecology and Creation at the Vatican Dicastery for Promoting Integral Human Development, pointed out during a Laudato Si’ Movement webinar on March 10.

The world has used treaties in the past to manage, restrict and phase out dangerous things like nuclear weapons and landmines. Today, our world needs a Fossil Fuel Non-Proliferation Treaty as a complement to the Paris Agreement by providing the missing mechanism for an end to fossil fuel expansion, a phasedown of production and the international cooperation needed to manage a just global transition.

The momentum behind the call for a Fossil Fuel Non-Proliferation Treaty has broadened significantly, including 101 Nobel Laureates, 3,000 scientists, 40+ cities, 170 parliamentarians, 2,000 youth activists, a growing group of faith leaders and tens of thousands of others.

Tzeporah Berman, Chair for the Fossil Fuel Non-Proliferation Treaty Initiative and Stand.earth International Program Director, said: “This report is clear that we are now facing a dangerous lock-in of fossil fuel emissions and stranded assets which will further destabilize our economy and society. This is because governments and companies have continued to recklessly expand oil, gas and coal projects. A new global fossil fuel treaty can help countries manage this risk and constraints production in a way that is fast and fair at the scale required to tackle this global crisis. You can’t put out a fire with gas and our planet is quite literally on fire.”

The fossil fuel industry is using Russia’s invasion of Ukraine to expand investments in oil and gas. The war clearly shows how dangerous our dependence on a fossil fuel system is, especially one that concentrates power in the hands of elites like Putin.

Fossil fuel oligarchs have control over choke points in the system that can have a staggering impact on price and availability. By rushing to build more fossil fuels, governments would dig us further into conflict, vulnerability and instability – all of which would only cause the climate crisis to worsen.

The world must go on a war footing to electrify everything and reduce demand for the sake of peace. Major countries are quickly shifting from their reliance on fossil fuels:

Major economies are accelerating their transition off of fossil fuels out of necessity due to the current war. EU leaders plan to speed up the Green Deal and slash gas use.Germany will invest $220bn in green energy in the next 4 years.UK officials say clean energy deployment is now a ‘national security issue’. China has announced a target to deploy 450GW of wind and solar in its desert regions. These initiatives are welcome, but are only a step in the right direction to ensure we maintain a livable planet.

We do not want to see the world respond to the war against Ukraine by doubling down on the very same fossil fuels that have led us to a climate crisis. If you want to stand in solidarity with Ukraine and take action in support of peace, then spread the word to your friends, families, leaders and bankers: it is time to end the era of blood oil, it is time to end the era of fossil fuels.Divest from the fossil fuel industry, endorse the Fossil Fuel Non-Proliferation Treaty and preserve biodiversity and peace for future generations.