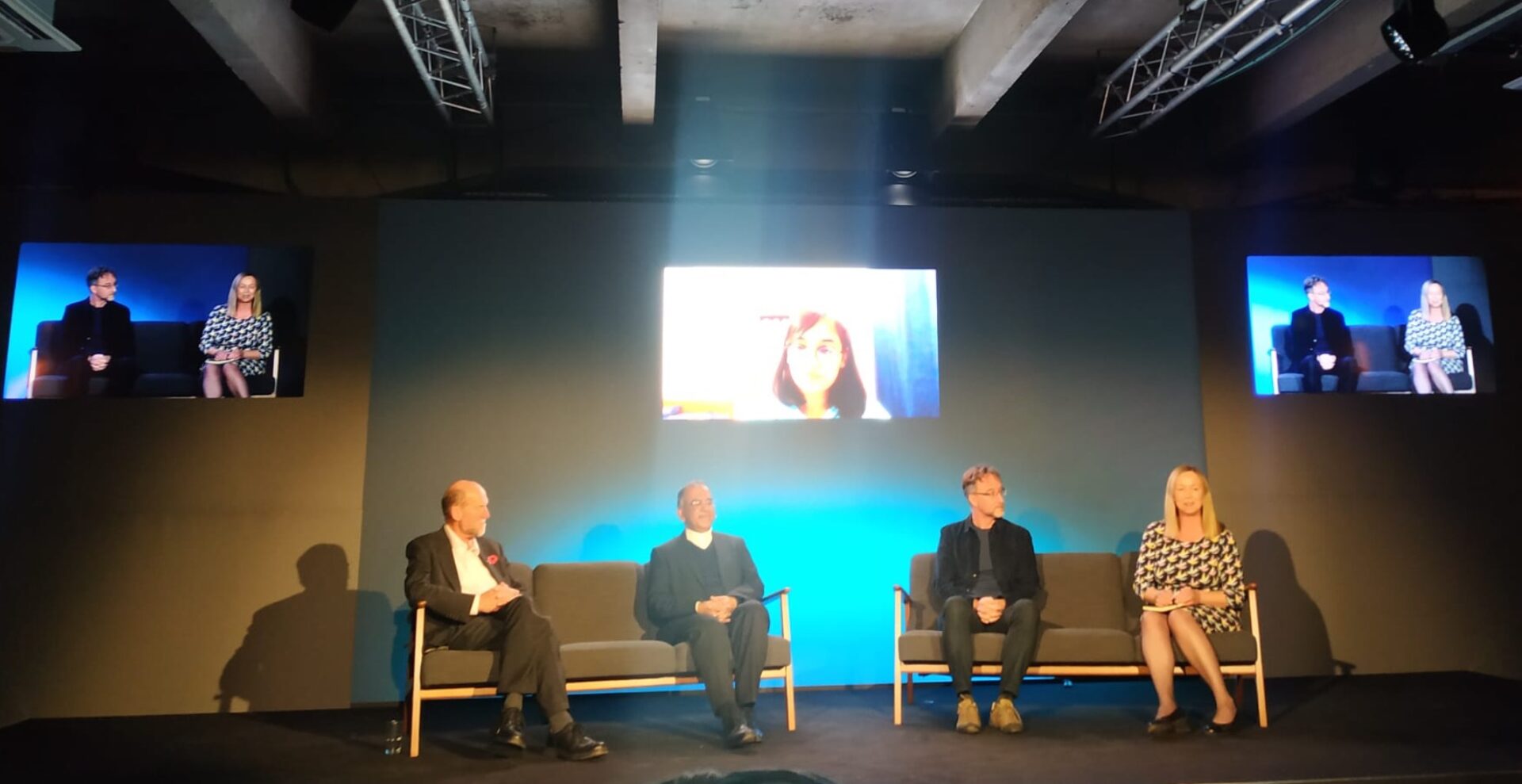 Parts of “Laudato Si’” the movie were shown for the first time on Tuesday during the “‘Laudato Si’’ – Faithful Action” session at The New York Times Climate Hub in Glasgow.

The movie was well-received from the sold-out audience at the session, which was accompanied by an engaging conversation, led by Dr. Lorna Gold, Chair of the Laudato Si’ Movement Board of Directors.

The film, tentatively titled “Laudato Si’,” features Pope Francis. It follows the stories of front-line champions from around the world, each of whom is facing the effects of our planetary crisis, as they come into dialogue with each other and Pope Francis and build new bonds to face the future with hope.

Father Joshtrom Isaac Kureethadam: “I hope we feel the pain of Mother Earth and begin to love and heal her.”

Nicolas Brown: “As I’ve gone on this journey with faith communities and meeting Pope Francis, I believe we can’t solve the climate and biodiversity crises without first understanding the message which faith communities have for us.”

Ridhima Pandey: “I hope this [film] will open the eyes of people.”

Martin Palmer: “We seem to have forgotten we are a narrative species … The great faiths know that if you want to pass on a great message, you tell a story. No one was ever converted by a pie chart.”